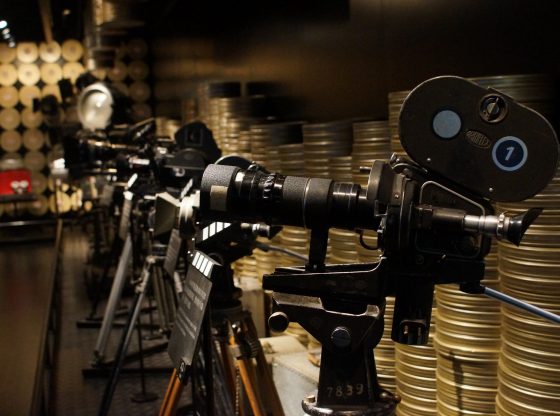 The Shanghai International Film Festival (SIFF) will take place between the 15th and 24th of June. This year’s programme includes over 500 films from 53 countries, with more than 1,000 screenings across the city. The UK’s engagement with SIFF can be traced back to as early as 1997 when Phil Agland’s The Woodlanders won both the Best Feature Film and the Best Director Award. This story, which is still the greatest achievement to date for the UK film industry at a Chinese film festival, remains unknown to many. More recently, UK productions that made a similar breakthrough was at the 2017 edition of SIFF, when Loving Vincent won the Best Animation Feature Film Award. Since the 1990s, in every edition of the Shanghai festival, a good number of UK films has always been present in the official screening programme. It is fair to say, that such visibility demonstrates the UK film industry’s international recognition that is beyond the US and the EU. But there is also a hidden dilemma, what is such recognition?

In comparison to other European films that also appear at the Shanghai event each year, the Chinese audience seems to prefer films from France, Germany and Italy. Many Masters screenings are classics from these countries and they remain to be popular. These particular countries that are better known for their film culture in China also curate nation-specific screening categories to promote both their latest and classic films, supported by the country’s foreign office and relevant cultural departments. During last year’s festival in Shanghai, I conducted a survey on the reception of British films and received 714 online questionnaires.

The results inform us that the concept of what a UK film looks like seems to be quite vague among the Chinese festival goers. In other words, unlike its European counterparts, the UK film industry (in the Chinese audience’s opinion) does not come across with a strong distinctive identity. This has created a challenge for interested parties to come up with a coherent marketing campaign. How can British films be better promoted and understood in China and what are the effective strategies?

I also conducted an investigation at this year’s Cannes Film Festival in France, as a comparison. UK filmmakers and companies continue to value the festival in Cannes over Shanghai. When distribution companies were told that their films have been selected for the official screening at SIFF, many did not seem to be over excited about the news, neither were they prepared to invest in additional marketing promotion. Difficulties emerged, while several UK directors were invited to participate in post-screening Q&As in Shanghai during the festival. Match funding from the Shanghai organizing committee has been secured, but it was difficult to secure funding from the UK side, to support international flights for the invited directors. It lacked an initiator who was willing to utilise different resources, while public bodies in the UK have their own strategies for international promotion. For many UK distribution companies, currently, the biggest market for them is still the EU and the US. Certainly, the reputation for censorship in China does not help with building confidence from the UK side. It proved to be a very difficult experience to invite more people from the UK film industry to be interested in the festival in Shanghai for a final push this May in Cannes, in particular stakeholders such as the BFI, the British Council Film and We Are UK Films were fully consumed during the Cannes Film Festival period.

To sum up the current situation in the context of SIFF: UK films do not appear to have a strong cultural and artistic identity in comparison to other European films in the eyes of the Chinese audience; while the UK film industry largely ignores the festival in Shanghai. Despite such complications and barriers, there are over 20 UK films (solely produced or co-produced) selected for this year SIFF’s official screening. They include the followings.

Figure 1. A list of UK films at the Shanghai International Film Festival 2019.

Several questions can be raised through the case of this year’s programme in Shanghai. How can the UK film industry invent a new tradition (beyond its kitchen sink repertoire) to market its unique diversity to its audiences abroad and how can improved public relations be implemented? What can we do to increase the confidence of UK filmmakers and companies’ in SIFF? The fragmentary list of UK films at SIFF this year once again demonstrates a lack of knowledge on both sides in terms of curating UK films for the Chinese audience. Even the category of documentary seems strong in the list but the BBC-style of documentary is now also considered to be dated and/or too television-like and lacking in artistic innovation for the film festival audience in China.

While all sectors in the UK are actively looking outward for alternative opportunities in international collaboration, SIFF would be a good start and learning point for the UK film industry. Such cultural diplomacy will become crucial and necessary in the post-Brexit era. It will be a challenge for many, of course, but an opening up and reform of the UK film industry and its gentlemen’s club culture is urgently needed for it to embrace new global opportunities.

Associated with Cardiff University, Hiu Man Chan is a researcher specialising in creative industries collaboration between the UK and China. She is currently Principal Investigator for an AHRC funded research project, titled “To Search for a Sustainable UK-China Film Collaboration Model” (February – August, 2019).