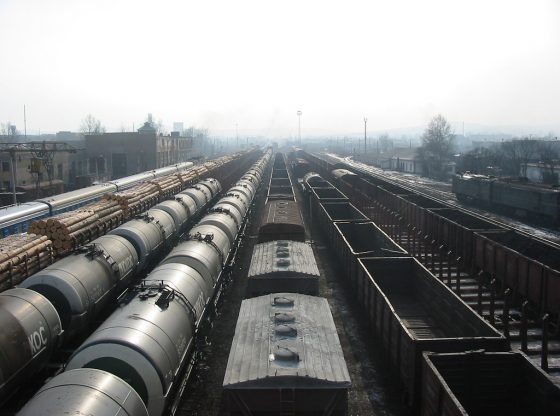 In 2018 the Programme of Cooperation between the Northeast of the People’s Republic of China and the Far East and Eastern Siberia of the Russian Federation (2009-2018) finished without much success. Given that it was an important part of “Russia’s Turn to the East,” there was surprisingly little said about why it had failed. The Programme had been put together quickly with poor communication between centre and locality on the Russian side, creating a document lacking in funding and implementation mechanisms with a haphazard collection of incoherent projects. The Programme’s integration project appeared pushed from above rather than having local economic drivers on the Russian side.

The September 2017 meeting of the Intergovernmental Commission for Cooperation of the Northeast and the Far East and Baikal Region of Russia decided to quietly abandon the 2009-2018 Programme and to develop a new programme. Chinese were disappointed that Russia had only implemented a small part of the 212 projects in the Programme which caused Chinese large economic losses. Chinese analysts had studied in detail what had gone wrong. Chinese are concerned this pattern will be repeated by Russia in the Belt and Road Initiative, blocking or delaying projects.

In February 2018, a meeting of the Intergovernmental Commission for Cooperation of the Northeast and the Far East and Baikal Region of Russia introduced a new initiative, the “Years of China-Russia Local Cooperation and Exchange 2018 and 2019.” Its purpose was to invigorate Sino-Russian local-level economic relations with the usual activities in investment, trade, industry, agriculture, and cultural exchanges. It was another top-down push to energise Russian localities.

There were some key infrastructure projects in the 2009-2018 Programme that have been implemented. The auto bridge across the Amur River (the Heilongjiang) from Heihe, Heilongjiang Province to Blagoveshchensk, Amur Oblast had its two sides joined on May 31, 2019. The bridge will open in 2020. The railroad bridge between Tongjiang, Heilongjiang and Nizhneleninsk, Jewish Autonomous Region, had in the past been a symbol of non-cooperation after the Chinese side was finished in July 2016 but the Russian side did not start until December 2016. The bridge was needed to ship iron ore from the Kimkano-Sutarskiy mine on the Russian side to the Chinese side for processing. The railroad bridge structure was completed in March 2019, after which tracks were being laid with a planned opening in July 2019.

In July 2018, a Khabarovsk scholar noted “there is no single ‘roadmap’ for the joint development of border areas. The jointly agreed strategy of mutually beneficial cooperation has not been developed.” His comment implies that Russia and China had not agreed on the nature of economic cooperation which had resulted in two roadmaps—the Russian one whereby Russia exports industrial goods to China, and the Chinese one where Russia exports only raw materials to support Chinese industrialisation with the result of possibly de-industrialising Russia. The Tongjiang- Nizhneleninsk bridge was a symbol of the Chinese roadmap–importing only raw materials from Russia–iron ore, coal, oil, gas, mineral fertilisers and lumber. Russia was not motivated to complete its half of the bridge until 2019.

At the September 2018 Eastern Economic Forum (EEF), China and Russia signed a new agreement, the Programme for development of Russian-Chinese cooperation in trade, economic and investment spheres in the Far East of the Russian Federation (2018-2024). In the new Programme, there is no implication of economic integration between China’s Northeast and Russia’s Far East. The new Programme is less ambitious and is only for the Russian Far East. Heilongjiang will benefit from development of the international transport corridors “Primorye-1” (Harbin-Mudanjiang-Suifenhe-Pogranichny-Ussuriysk-Vladivostok / Nakhodka) which will give Heilongjiang’s exports access to Asia-Pacific markets. The other corridor “Primorye-2” (Changchun – Jilin – Hunchun – Zarubino port) will benefit Jilin and finally give Hunchun access to a port.

At the 2018 EEF, 20 Russian and Chinese regional leaders held a roundtable discussion, no doubt about the new 2018-2024 Programme. The Russian Minister for Far East Development Alexander Kozlov and the Chinese Minister of Commerce Zhong Shan signed the document. Russian analysts suggested Putin and Xi were trying to distance themselves from it. The new Programme was not published immediately. In November 2018, the Russian and Chinese Ministries of Commerce did publish it.

This 2018-2024 Programme was compiled in Beijing by China’s Ministry of Commerce in collaboration with the Ministry for the Development of the Russian Far East (Minvostokrazvitiya). The Ministry of Commerce, working with the Russian side, will closely monitor implementation of the Programme. The Ministry is the Chinese Secretariat for the Intergovernmental Commission for Cooperation of Northeast China and the Far East and Baikal Region of Russia.

In the aftermath of signing the 2018-2024 Programme, Harbin economists complained about Beijing’s policies which they felt did not give Heilongjiang a leading role in China-Russia trade. They claimed Heilongjiang should be allowed to establish a new cross-border trade zone with the Russian Far East given its proximity to the Russian border. Although China’s State Council had issued relevant policies in 2013, implementation had not taken place. In fact, they argued, the Chinese state had not given strong policy support to Heilongjiang province compared to Liaoning which has several free trade zones. Heilongjiang had only two bonded zones in Suifenhe and Harbin.

This was not a new complaint.  Five years before, in June 2014, Suifenhe had issued a similar announcement calling for a free trade zone in Suifenhe. In 2018, the Heilongjiang Provincial Department of Commerce had announced that Mudanjiang should have a free trade zone. On June 3, 2019, the Heihe Daily announced that Beijing would soon approve several pilot free trade zones, one of which would be in the city of Heihe. This was reported widely in Chinese media but there was no further information on its implementation. Heihe’s announcement had the appearance of forcing the issue as it was made just 2 days before Xi Jinping went to St. Petersburg.

On June 5, 2019, during Xi Jinping’s visit to St. Petersburg, Xi and Russian President Putin discussed local cooperation. Xi in his written interview with the Russian media,  pronounced the Chinese Northeast-Russian Far East cooperation to be a success, and he noted that the two sides were leveraging their “comparative industrial strengths,” i.e. their comparative advantage. This is an indirect reference to Russia’s advantage as a raw material supplier. Putin in his press statement announced that he agreed to create two more Sino-Russian interregional cooperation mechanisms.

The new 2018-2024 Programme is less ambitious than the old Programme but it will have to contend with the same issue of comparative advantage which has led to what the Russians call “unbalanced trade.”

Dr Gaye Christoffersen is Resident Professor of International Politics at Johns Hopkins University, SAIS, Nanjing Centre.  Her research focus has been primarily on transnational, non-traditional security issues such as piracy, energy, and other issues on which East Asian nations cooperate in Asian multilateral regimes.

Why accountability matters: The case of Sri Lanka
Drivers and Limitations of the China-Russia Axis