Drivers and Limitations of the China-Russia Axis 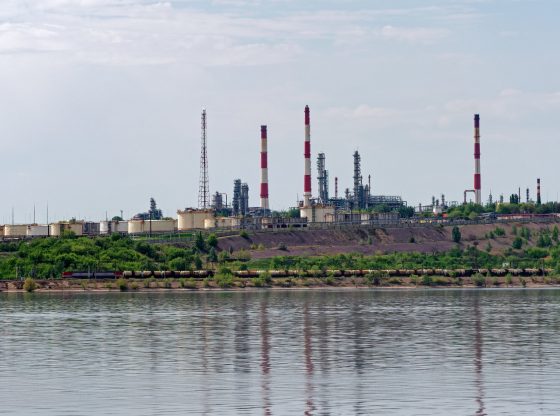 Bilateral strategic and economic cooperation between China and Russia has grown significantly in recent years, driven in part by a shared global outlook, especially their opposition to the perceived American hegemony and the democratic world order. Both countries view certain geopolitical events, such as the Yugoslav war bombing of the Chinese Embassy in Belgrade, Kosovo independence, Iraq War, Invasion of Libya, and the Arab Spring, as pushing them away from Western partners.

The relationship between Moscow and Beijing can be defined as simultaneously symbiotic and parasitic: symbiotic in that the two states increasingly coordinate their foreign policy, including watching each other’s “back”; particularly reinforcing each other’s contempt for the United States. Economically – the relationship is near-parasitic in that China’s use for Russia does not extend far beyond consuming Moscow’s natural resources, and exporting to the Russian markets Chinese consumer goods and technology.

Bilateral commerce between the two countries is now at an all-time high, with trade volumes totally nearly $108 billion at the end of 2018 – a roughly 24 per cent increase from the previous year. In that timeframe, China’s exports to Russia rose by 12 per cent to $47.98 billion, while Chinese imports from Russia went up by 42.7 per cent and reached $59.08 billion. The year prior trade between the two rose an impressive 31.5 per cent. Russia announced it would like to see cross border trade reach $200 billion before 2024.

The economic case for Russia and China’s bilateral trade is clear – but my Moscow sources are saying that it may be reaching its ceiling. The question is, what is happening in the political dimension.

The collapse of the relationship between Russia and the West – sparked by the 2014 war in Eastern Ukraine and annexation of Crimea but compounded by a host of other actions (U.S. election meddling, aggression in Syria, the Skripal poisoning, etc.) – has forced the Kremlin to reach out to Beijing more than before in hopes of forging a geopolitical alliance.

The Chinese – understanding the leverage they hold in this context – have welcomed their beleaguered neighbour with open arms. While China’s contempt for the West, territorial and trade disputes of their own, and (similar) lack of formal allies are all contributing factors, its proximity to the largest country on Earth, and hunger for Russian commodities, should be considered the central pillars of this relationship of convenience.

In 2018, President Putin and President Xi Jinping joined forces to establish the first ever Sino-Russian energy forum. It is not accidental. Russia is China’s top supplier of crude oil, reaching 1.43 million barrels per day (b/d) in 2018, holding off Saudi Arabia at 1.13 million b/d. Russia’s lead over Saudi Arabia in exports to China nearly doubled from 2017 to 2018, increasing from 150,000 barrels per day (bpd) to 295,000 bpd. Energy infrastructure such as the Skorvorodino-Mohe spur of the East Siberia-Pacific Ocean (ESPO) pipeline feeds directly into Daqing, China – with the ability to transport 600,000 bpd directly to the Chinese market. The second stage of the ESPO pipeline, spanning along Russia’s Pacific Coast, has a capacity of 1 million b/d which terminates at the Pacific ocean terminal at Kozmino.

Subsequently, Russia is now looking East, and has found an attractive export market in China.  China’s air pollution-motivated coal-to-gas switching policy, and voracious appetite for electricity, makes this relationship a mutually beneficial one. For now.

China’s gas consumption reached an impressive 280.3 billion cubic meters (bcm) in 2018, making it the largest gas importer in the world. In terms of liquified natural gas (LNG) Chinese imports are second only to Japan, but the country is poised to surpass its island neighbour by 2022. Gas demand in China is growing rapidly at a time when U.S. supplies to the PRC are plummeting as a result of the ongoing tariff war, hurting the U.S. LNG sector. In a classic example of Russian opportunism, the Kremlin is using the trade spat as a way to increase its gas market share in China. Indeed, Gazprom intends to become China’s biggest natural gas supplier by 2035 (reaching 25% of total imports).

The Power of Siberia project is a major pillar of the Russian Federation’s energy strategy vis-à-vis China. With an expected budget of $55 billion, the project would ship 38 bcm to China. It was called Russia’s “most ambitious, costly and geopolitically critical energy project” since the collapse of the USSR. Once completed, the pipeline will connect the world’s largest gas exporter with the world’s biggest importer – a first in energy history. A second pipeline in the works – the Power of Siberia 2 – would deliver an additional 30 billion cubic meters of Russian gas. Gas shipments to China could begin as soon as December 2019.

The real elephant in the room is the sustainability of this one-sided friendship. The partnership is unbalanced, with China acting as the “older brother” to support the Putin Administration’s anti-Americanism, and a purse to fund Russia’s expensive natural resources exploitation and production projects.

Russia’s fate appears to be to become the natural resources appendage of the hegemon – something Russia was desperately trying to avoid in its relationship with the United States and the EU in the 1990s. For now, both sides of the Russia-China relationship are benefitting from closer economic and political ties. But with China the clear alpha partner, the Kremlin would be myopic to put all of its eggs in the Chinese basket. There will come a day when China no longer has a need for Russia’s dirty fossil fuels, ageing population, and shrinking political clout.

Natasha Orehowsky is a research intern in the Energy, Growth and Security Program at the International Tax and Investment Center. She is also a legal assistant at the Oil and Gas practice group of an international law firm.