The Sino-Russian Partnership and the North Korean Nuclear Crisis 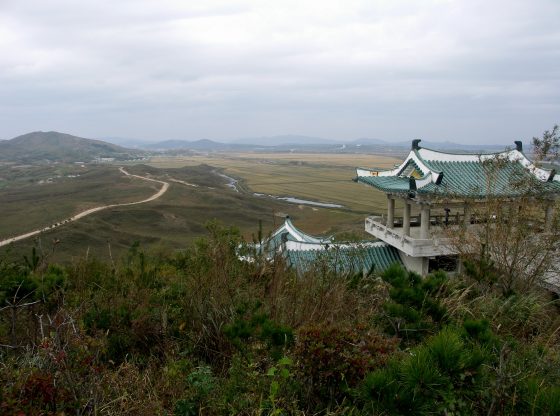 This brief outlines Chinese and Russian interests in North Korea, examines how those interests play out in the case of the North Korean nuclear crisis and provides an assessment of implications for the alliance between the United States and the Republic of Korea (ROK).

The 2017 U.S. National Security Strategy depicts China and Russia as presenting a joint challenge to U.S. interests, influence, and security. Unlike in the 1950s, when the United States was able to exploit the divisions between the two countries, the differences in Chinese and Russian interests today only serve to enhance their combined challenge to the United States. That challenge is visibly manifest in the case of the North Korean nuclear crisis.

To address this challenge, U.S. policymakers must keep the dynamic of Sino-Russian cooperation regarding the Democratic People’s Republic of Korea (DPRK) firmly in mind. To better inform that discussion, this brief outlines Chinese and Russian interests in the region, examines how those interests play out in the case of the North Korean nuclear crisis and provides an assessment of implications for the alliance between the United States and the Republic of Korea (ROK). The brief concludes with a list of relevant congressional initiatives to address these challenges.

China and Russia share parallel but not identical interests in North Korea. For Beijing, North Korea plays an important part in fulfilling China’s role as a great power in East Asia. Through this lens, the future of North Korea matters to China for gaining an edge in Sino-U.S. competition in the region, securing China’s border, and maintaining regional stability. While China rejects the view that its economic relationship with North Korea makes it “responsible” as an enabler or restrainer of misbehaviour, Xi Jinping still aspires to be a key powerbroker. For example, Trump’s direct engagement with Kim Jong-un led to a flurry of meetings between Kim and Xi. Kim bestowed some of the highest North Korean honours on Xi. And these meetings may have elicited an implicit promise from China to relax sanctions on North Korea in exchange for a decrease in provocative activity by Pyongyang.

The fundamental question for the Chinese government, Chinese scholar Ren Xiao observes, is whether North Korea is a buffer against the U.S.-ROK alliance or a time bomb on China’s borders. Indeed, given the 840-mile Sino-Korean border, China maintains a perennial fear that contamination from North Korea’s nuclear testing site could spill over into China or that a collapse of the North Korean state could lead to massive refugee flows.

Moscow sees economic opportunities in North Korea as well as an avenue to increase its clout in Asia. While most international stakeholders view China as the key to solving the North Korean crisis, Russia’s public support of multilateral solutions like the stalled six-party talks serves to enhance its relevance as a central player in Asia’s security environment. Vladimir Putin has taken steps to improve relations with the Kim regime, even as tensions between Kim and Xi have grown. Putin’s economic development goals for Russia’s Far East are a vitally important aspect of increased Russian influence. The development of this region is partially dependent on a settlement of the North Korean nuclear crisis, which would open a path to trilateral cooperation with Seoul and Pyongyang.

To this end, Russia hopes to play the role of an “honest broker” in resolving the crisis—a goal that has led to Putin’s pursuit of balanced relations with both the North and South Korean leadership. Russia has also used its veto threat in the UN Security Council in the past to dilute sanctions on the DPRK. Beyond the economic realm, Putin maintains a vested interest in resolving the North Korean nuclear crisis to mitigate the risk of a nuclear arms race or a nuclear incident near the Russian border.

The North Korean nuclear crisis has prompted unprecedented collaboration between China and Russia. Both countries supported a “double freeze” proposal, which marked the first joint position that they had taken on an international issue. In a joint statement in July 2017, China and Russia agreed on a North Korean moratorium on the testing of nuclear and ballistic weapons in exchange for a suspension of U.S.-ROK exercises with the goals of denuclearizing the Korean Peninsula, complying with UN resolutions, resuming security dialogues, and creating a regional security architecture.

China and Russia both opposed the deployment of Terminal High Altitude Area Defense (THAAD), which they see as counterproductive to regional stability and harmful to their security interests. Chinese officials fear that the system could be configured to cover missile launches from deep within China. Although THAAD would not imperil Russia’s deterrence capabilities, which are located outside the system’s range, Russian officials share their Chinese counterparts’ opposition to measures that strengthen the U.S. military presence in the region and could alter the military balance. Granted, neither Russia nor China wants to see a nuclear North Korea provoke a wider nuclear arms race or conflict. Yet Putin and Xi in July 2017 stated that tensions on the Korean Peninsula should not be used as pretext for the United States to increase its military capabilities, including THAAD, in the region.

Russia and China also both decry the use of sanctions as a tool in foreign policy, but they applied them differently in the instance of THAAD. Beyond voicing its displeasure at the deployment of the system, Russia took no steps against South Korea, which was the only major U.S. ally not to impose sanctions on Russia after its takeover of Crimea. By contrast, China sharply restricted tourism and curtailed the investments of the Lotte Group in China. As North Korea’s top trading partner (accounting for over 90% of the DPRK’s foreign trade), China has also applied its economic leverage at particular times to voice its displeasure with actions that jeopardize its interests. Although China and Russia have voted for sanctions against North Korea at the United Nations, they also have used their veto threat to dilute some of the sanctions. Both countries have been accused of lapses in compliance as well.

Russia has criticized North Korea’s nuclear testing but has sought to shape UN sanctions in such a way as to avoid the economic collapse of the state and limit economic damage to the Russian Far East. While Russia has cut off ties between Gazprom and North Korea, as well as between Russian and North Korean financial institutions, and agreed to phase out the contracts of North Korean labourers (who play a key role in the construction sector in the Russian Far East), Russian officials succeeded in exempting sales of fuel for North Korean civilian aircraft and exports of coal and iron ore from Siberia and Mongolia destined for China via the port of Rajin. Moreover, the United States has accused Russian companies of taking advantage of a loophole in the sanctions to transfer oil to North Korean tankers on the high seas, thereby violating the cap on fuel deliveries. While China reportedly provides 500,000 metric tons of crude oil and 270,000 metric tons of oil products annually to North Korea, Russia’s energy exports to the country are also significant—200,000–300,000 metric tons of gasoline and diesel fuel, valued at as much as $300 million. Russia has denied these U.S. allegations and worked to prevent the publication of a UN report detailing how Russian front companies have violated the sanctions. The report also highlighted that Chinese companies were instrumental in facilitating black market trade as well as illicit financial transactions.

For the most part, China and Russia agree about a joint roadmap to a solution to the North Korean nuclear crisis. Their agreement reflects the shared norms and principles that underpin the Sino-Russian partnership. This common approach aggravates problems for the U.S.-ROK alliance by explicitly linking two noncomparable things: North Korean denuclearization, which is required by the UN Security Council in response to the DPRK’s violations of international agreements, with the demand for a halt in U.S.-ROK military exercises.

U.S. policy has created additional challenges for resolving the crisis. The ongoing U.S.-China trade war makes China less receptive to U.S. overtures and more likely to accept a low level of tension in U.S.-DPRK relations to reduce perceived pressure on China. At the same time, the conflictual relationship between the United States and Russia reduces the latter’s incentives for cooperation, even though Russian policy toward the North Korean crisis is generally more aligned with U.S. than Chinese objectives. Thus, in the short term, the crisis has strengthened the Sino-Russian partnership, despite some of the existing differences between the two countries’ policies. As a result, U.S. policy options and U.S.-ROK relations have grown much more complicated.

To address the challenges that the warming of Sino-Russian relations poses for the North Korean nuclear crisis, Congress could use the following tools in applying its powers to shape U.S. policy: Oversight. Congress could exercise oversight to ensure that the U.S. administration is working to manage the implications of Sino-Russian cooperation for U.S. interests and alliances. Congress could also ensure that the U.S. administration successfully implements the Better Utilization of Investment Leading to Development (BUILD) Act, which promotes private sector–led infrastructure development in Asia and thus reduces reliance on Chinese and Russian investment in the region.

Appropriations. Congress could help the United States keep its commitment to its allies and partners by leveraging the power of the purse. Congressional appropriators could support the recently passed Asia Reassurance Initiative Act (ARIA), which seeks to develop a long-term strategic vision for the United States in the Indo-Pacific, by ensuring that the U.S. budget reflects the strategic priorities set by Congress in pursuit of stabilizing the Korean Peninsula and countering China.

Public interface. While there is growing recognition that China and Russia individually and jointly pose significant challenges to U.S. interests, more could be done to increase public awareness of these issues. Congress could also re-examine the U.S. position on the Comprehensive and Progressive Agreement for Trans-Pacific Partnership, the successor to the Trans-Pacific Partnership. Doing so would potentially resolve many trade disputes with member countries, such as Japan, without divisive bilateral talks, as well as provide an alternative to Chinese- and Russian-led trade arrangements in the region. Congress has an important role to play in gaining domestic support for greater U.S. engagement with Asia. Specifically, it can show bipartisan consensus on the importance of maintaining the U.S.-ROK alliance and engaging more extensively with other key U.S. partners and allies in the Indo-Pacific.

*This piece was originally published by the National Bureau of Asian Research and is made possible by a grant from the Henry M. Jackson Foundation and is adapted from the author’s essay “The Impact of the Sino-Russian Partnership on the North Korean Nuclear Crisis” in “The China-Russia Entente and the Korean Peninsula,” NBR Special Report, March 2019.”

The making of muscular India post-elections 2019: Modi 2.0
Indonesia and the Xinjiang issue: The diplomatic options for resolving the Uyghur crisis