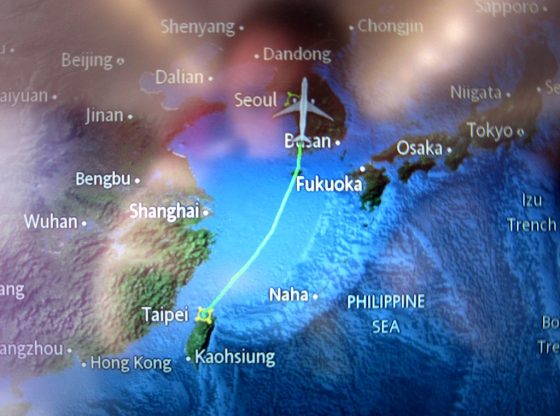 Exactly two years after Taiwan’s Constitutional Court declared the civil code that limited marriage rights only to heterosexual couples to be unconstitutional, and despite a groundswell of conservative opposition in the aftermath of the court’s decision, new legislation that formally legalises same-sex marriage came into effect on 24 May 2019.

This finally fulfils one of President Tsai Ing-wen’s campaign promises from January 2016, although ultimately it was one which proved to be far more divisive in Taiwan than initially expected, including within the President’s own Democratic Progressive Party (DPP). Many Western observers have applauded this move to legalisation as a sign of Taiwan’s liberalisation, but sometimes they overlook the continuing struggle for  broader acceptance of the LGBT community in Taiwan.

A major question remains: what impact will Taiwan’s legalisation of same-sex marriage have on other East Asian countries? Apart from Thailand, which has repeatedly considered similar measures, no country in the region has pursued legalisation. Meanwhile, within some countries, regional efforts at anti-discrimination laws, household registrations, and even non-legally binding same-sex marriage ceremonies have increased, potentially laying the foundations for national movements within these countries.

South Korea stands out as one of the few advanced economies and developed democracies which has not legalised same-sex marriage, with most surveys showing that only about a third of the public support legalisation. Furthermore, South Korea has witnessed only limited efforts for local LGBT-friendly ordinances alongside continued opposition to any attempts to include LGBT non-discrimination within broader anti-discrimination legislation.

Yet Taiwan and South Korea have much in common, both historically and culturally, which suggests that South Korea could follow the same path as Taiwan in the future. Both countries developed economically very rapidly in the postwar era and democratised in the late 1980s. More importantly for this context, the case of Taiwan shows that legalisation is possible in a country steeped in Confucian influence like South Korea. Confucian expectations of filial piety and expectations about marriage and procreation, which would seem to undermine support for LGBT acceptance and same-sex marriage, are still omnipresent in Taiwan. Yet a growing degree of tolerance has nonetheless emerged.

One may rightly point out that South Korea, unlike Taiwan, has a much larger Christian presence, with many of the largest megachurches outside of the United States to be found in Seoul. While some Christian groups have adamantly opposed not only LGBT rights in South Korea, but even the hosting of local queer film festivals or pride fests, clear variations can be seen among Christian sects. In other words, despite Christianity’s doctrinal opposition to homosexuality, one should be cautious in assuming a uniformity of opposition to same-sex marriages across different Christian sects.

Legalisation in Taiwan is also likely to energise LGBT groups in South Korea to increase their visibility, which is a key factor in winning over the broader population. Until 2017, LGBT organisations were repeatedly prevented from registering as legally registered charities, but a number of court victories mean that such groups now have greater institutional means to organise and conduct outreach efforts.

Outreach efforts and general visibility are crucial to generating acceptance within society. For example, research shows that Koreans who state they know a Korean who is a member of the LGBT community are more supportive of same-sex marriage and other LGBT rights. With strong societal pressure not to come out, many Koreans are likely unaware that co-workers, friends or family members are LGBT.

LGBT groups in South Korea can therefore learn from Taiwanese groups how to generate media campaigns aimed at winning over friends and family. This is important because, with a history of negative media portrayals, the lack of personal interaction with a Korean member of the LGBT community has likely perpetuated stereotypes.

South Korea is unlikely to legalise same-sex marriage in the short term, but supporters can build upon limited anti-discrimination laws and public support to increase more general support in society over time. For example, surveys by Gallup Korea in 2014 and 2017 found that over 90 per cent of Koreans believe homosexuals should have the same job opportunities as heterosexuals, suggesting a greater level of tolerance than one might expect. In Taiwan, activists built up support for the legalisation of same-sex marriage gradually via support for other LGBT rights and local ordinances, providing a template that may be successful in Korea as well.

Indonesia and the Xinjiang issue: The diplomatic options for resolving the Uyghur crisis
An analysis of President Tsai’s victory in the presidential primary