An analysis of President Tsai’s victory in the presidential primary 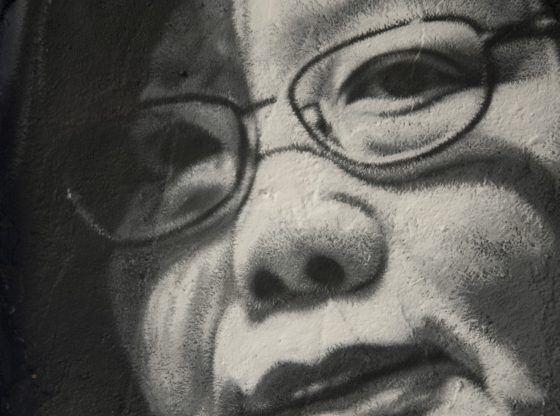 On Thursday 13 June 2019 Taiwan’s President Tsai Ing-wen won the Democratic Progressive Party’s (DPP) presidential nomination against former premier William Lai and now faces the double challenge of reuniting her party and preparing for an as yet unnamed Kuomintang (KMT) opponent and other potential challengers.

The challenge by Lai likely surprised many within the party, not only because it is rare to challenge an incumbent president, but also because of Lai’s own endorsement of Tsai’s bid to win the 2020 presidential race. Lai’s challenge also makes it unlikely he will be chosen to run on the party’s vice-presidential ticket after Chen Chien-Jen’s declaration that he will not run again in 2020, although Tsai was quick to deflect questions about a running mate after her win on Thursday.

Tsai’s performance in the primary debate likely sealed her nomination, presenting herself as the more moderate candidate against a challenger who struggled to differentiate himself from the incumbent

Unlike a traditional primary contest, the DPP’s primary consisted of a series of five telephone surveys (via both cellphone and landline) conducted between 10 and 12 June. Respondents were asked for their likely vote choice when Tsai and Lai were each pitted separately against two presumptive candidates: Han Kuo-yu, mayor of Kaohsiung and a potential KMT candidate, and Ko Wen-je, mayor of Taipei and an independent. Across the polls, Tsai received an average of 35.68 per cent of the vote, compared to 27.48 per cent for Lai, and she outperformed both presumptive opponents. In particular, the polls suggested that a Lai candidacy would pull votes away from the party and towards Ko.

Setting aside the peculiar structure of the DPP primary, which did not directly test preferences for Tsai over Lai, Tsai must now work to heal intra-party wounds and appeal to both traditional dark-green independence-oriented voters as well as moderates who are closer to the median voter. Lai’s concession avoids the worst-case scenario of him running as an independent, but Tsai still needs to find a way to win over many disgruntled traditional DPP voters, some of whom were unhappy with the party’s support of same-sex marriage.

My own research in March 2018 highlighted the problem. Namely, that DPP identifiers were more sensitive to persuasion by opponents of same-sex marriage legalisation than the party probably realised. Icy cross-strait relations may also incentivise Tsai to rely on appeals which are more akin to the independence-oriented rhetoric of her party’s past. However, she is unlikely to follow the example of Chen Shui-bian, whose efforts at re-election in 2004 saw him pivot hard towards the DPP pro-independence base.

Tsai also needs to anticipate an electoral context that remains in flux. The result of the primary gives little insight into a hypothetical three-way race including Han Kuo-yu and Ko Wen-je, and suggests only a marginal lead for Tsai before factoring in many undecideds.

However, this three-way race remains far from certain. While Han formally announced his intention to run in the KMT primary, he faces two notable challengers at least: Foxconn’s Terry Gou and former Xinbei mayor Eric Chu, as well as Chang Ya-Chang and Chou Hsi-Wei. The party has not been clear about the format of next month’s primary either, other than announcing that cellphone users will not be part of any polling and that the decision will likely combine public opinion surveys with a vote by party members.

In contrast, Ko Wen-je has yet to formally announce his presidential bid. While most experts expect this is simply a formality at this stage, it remains unclear to what extent Ko’s entry will affect Tsai’s chances, given that so far most two- and three-candidate polls show Tsai trailing.

Tsai’s campaign should not only be concerned about a Ko entry, but also whether other entries will fragment the vote. For example, one could consider a situation in which tensions between the DPP and the New Party Party (NPP) could lead to the latter running its own presidential candidate. Other entries are also possible as well, such as the perennial candidate James Soong, who was briefly rumoured last year as a possible vice-presidential partner for Ko.

Tsai’s performance in the primary debate likely sealed her nomination, presenting herself as the more moderate candidate against a challenger who struggled to differentiate himself from the incumbent. Now Tsai’s challenge is to find a way to reinvigorate her party after losses in the 2018 local elections and with the prospect of a reinvigorated KMT. Whether it will be sufficient simply to appeal to moderate voters in a still unclear electoral environment remains to be seen.

LGBT rights in East Asia: Connecting Taiwan to Korea
Competitive cooperation: The connection between Chinese and Russian initiatives in Africa and beyond