Competitive cooperation: The connection between Chinese and Russian initiatives in Africa and beyond 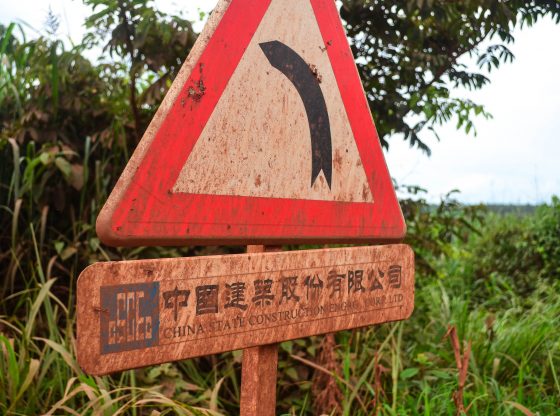 Recent moves by Russia in a number of African states, under the guidance of Yevgeny Prigozhin, has caused alarm in the Western media, which have interpreted this as another ploy in Moscow’s push for Great Power status. What these reports often overlook, however, is the ways in which Russian initiatives interact with those of more established external actors in Africa, most notably China, which has rapidly become an indispensable feature of the continent’s economic landscape. In addition, interactions between the two are also indicative of the growing Sino-Russian partnership, which has challenged the common notion of Sino-Russian relations as being little more than an ‘axis of convenience’.

Unlike during the Cold War, Chinese and Russian interactions with African states are characterised by the common ground between Beijing and Moscow

Both Chinese and Russian engagement with the African continent has its roots in the same postwar period of decolonisation. This saw Beijing and Moscow provide ideological and military assistance to the anti-colonial movements in a number of African states during their struggles with European powers. One instance of this was the assistance given to UNITA and the MPLA in Angola’s war of independence against the Estado Novo regime of Portugal during the Portuguese Colonial War from 1961 to 1974.

While both China and the Soviet Union were nominally communist, they were in competition with each other to become the vanguard of communism in the postcolonial world, which was exacerbated by the Sino-Soviet split of 1960. As a result, Moscow and Beijing often supported conflicting sides, with China supporting the Maoist UNITA against the Soviet-backed MPLA during the Angolan Civil War after Portugal’s withdrawal from the country.

While the aid provided to Africa by the USSR often dwarfed that of China, the end of the Cold War saw Moscow and Washington lose interest in the continent. During the post-Cold War era, Russia initially displayed little interest in the African states, due to being beset by the turbulent politics of the Yeltsin era and the growing conflict in Chechnya.

China, on the other hand, was able to utilise its Maoist ties with the new African elites to cement Chinese influence in the continent. This was aided by China’s experience of the postcolonial struggles and economic development in Africa alongside its willingness to build crucial infrastructure projects, although this has not been without controversy. Nevertheless, China’s entrenchment in the African economies serves as a backdrop for Russia’s return to the continent.

Moscow’s return to Africa represents part of its wider bid to augment Russian influence globally, as well as seeking to expand into African markets. Like China, Moscow has utilised its Cold War ties to further its objectives in Africa, and this similarity is bolstered by the perception that Russia lacks the contentious legacy that has beset many Western powers on the continent, enabling Moscow to chip away at European influence. An example of this is in the Central African Republic (CAR), where Russia has been accused of undermining French interests in the country by meddling in the CAR’s political situation.

Unlike China’s engagement, Russian involvement in Africa has been primarily political and military in nature. This has seen the export of Russian military hardware to several African states aided by the positive image of Soviet equipment as well as the deployment of the Russian private military contractor, Wagner Group, which is also conducting operations in Syria and Venezuela.

These moves form part of Russia’s pushback against American geopolitical activities since the 2008 South Ossetia War, which was intensified after NATO’s intervention in the Libyan uprising of 2011 – when Moscow believed it had been misled over the nature of the intervention – and has seen Russia lend support to the Libyan military strongman, Khalifa Haftar, in his battle against the Government of National Accord. It is this wider pushback which also provides the common ground that Moscow has found with Beijing.

While Russian involvement in Africa is comparatively recent and less extensive than the more established Chinese projects, it fills an important niche in the continent’s military needs. In addition, while Russian moves have little chance of competing effectively against Chinese initiatives, they have the potential to complement them. This has already been demonstrated in Central Asia, where Chinese projects such as the Belt and the Road Initiative (BRI) have become interlinked with Russian ones such as the Eurasian Economic Union. It is likely that their respective initiatives in the African states will follow a similar path.

Unlike during the Cold War, Chinese and Russian interactions with African states are characterised by the common ground between Beijing and Moscow which has seen them support the same factions – as demonstrated by the current political tensions in Sudan, where China and Russia have extensive interests in the country. This relationship has also been present beyond the African continent, with Russian military assistance often working in conjunction with Chinese economic initiatives in states such as Syria. Here, China is likely to play a significant role in the country’s postwar reconstruction while Russia has provided military aid to Damascus during the country’s civil war.

These links between China and Russia’s initiatives illustrate the convergence of the two powers’ interests. While conventional wisdom might regard such ties as being primarily an axis of convenience, in the words of Bobo Lo, recent geopolitical developments and the contentious nature of Russo-American relations have seen Russia moving into China’s orbit. It is this relationship, underpinned by Beijing and Moscow’s shared objective of countering American geopolitical manoeuvres, that demonstrates the wider implications of Chinese and Russian moves in Africa.

All in all, the purpose of Russia’s engagement with the African states is to cement its influence in the continent through political and military assistance in the same way as China has done through infrastructure and economic initiatives. Chinese and Russian engagement, characterised by the geopolitical convergence of Chinese and Russian interests, has seen the development of a Sino-Russian relationship based on competitive cooperation which has become a feature of the geopolitics of the African continent and beyond.

Tom Harper is a doctoral researcher at the University of Surrey specialising in China’s relations with the developing world.

An analysis of President Tsai’s victory in the presidential primary
The dull edge of extinction: Dholes as an absent presence in Jehirul Hussain’s ‘Raang Kukuror Tupi’