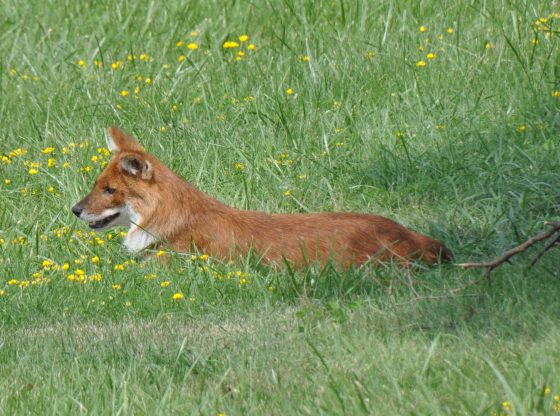 ‘…it is not only species that are becoming extinct but also the words, phrases, and gestures of human solidarity.’   Félix Guattari in The Three Ecologies (2000), p. 44

As we are probably witnessing the sixth great extinction event of the planet, it is worth reflecting on the dual sense of extinction in Guattari’s statement above. On the one hand, extinction refers to the mass collective death of a species; on the other, it also refers to the gradual shrinkage and diminution of human forms of life that are entangled with multiple nonhuman worlds.

Extinction should be considered as an entangled process in which one loss impacts on many others, often over a longue durée. The environmental scholar Thom Van Dooren calls this ‘the dull edge of extinction’, in which there is ‘a slow unravelling of intimately entangled ways of life that begins long before the death of the last individual and continues to ripple forward long afterward, drawing in living beings in a range of different ways’.

In this post, I will use these reflections to analyse a fascinating work on extinction and its multifarious impacts: the short story Raang Kukuror Tupi (The Dhole’s Cap) by Assamese writer Jehirul Hussain.

Explorations of biodiversity, human-animal relationships and discourses on conservation are fairly common in contemporary Assamese fiction. However, representations of extinction and its long-term effects are much more difficult to locate. Raang Kukuror Tupi is a notable exception, featuring the constant invocation of an extinct animal, the dhole (Cuon alpinus) in the Naambor Forest in Assam.

Hussain’s story is about a group of disaffected and cynical middle-class youth travelling to the eco-archaic space of the forest to escape the banalities of everyday urban life. However, readings of the story can be conducted through a consideration of the figuration of the dhole. The dhole is paradoxically hyper-visible due to constant references to it by the characters in the story, while simultaneously it haunts the diegetic space as an absent presence.

Often referred to as ‘whistling hunters’, the Asiatic wild dog, or dhole, is a relatively undervalued figure as far as conservation efforts in Northeast India are concerned. It is the glamorous megafauna like rhinos, elephants and tigers that generally enjoy the limelight in conservation efforts in the region. Dholes – animals that hunt in packs – are often considered as pests by local populations because of their propensity for preying on livestock, and hence do not figure greatly in local conservation efforts.

There are two major ways in which the absent presence of the dholes features in Hussain’s story. Early on, the primary protagonist, Jayanta, narrates an anecdote about the ferocity of dhole packs to his friends:

There would be around fifteen to twenty members in a raang kukur pack. They were allured by flesh as much as hyenas. They were very ferocious … they would attack a sambar deer, which was almost twice their size, in the same manner. They would tear away a piece of flesh with each bite. They would keep chasing the deer, issuing such bites on their flesh periodically. The exhausted prey would finally flop on the ground. The pack would then surround it completely. They would then attack it from above. In a jiffy, they would tear at the flesh of their fallen prey and strip it nearly to the bone. Even the bones would disappear. *

This passage, while placing dhole packs as one-time apex predators in this particular habitat, also emphasises their ferocity and voraciousness – the pack would presumably leave no trace of their prey since even ‘the bones would disappear’. The metaphorical valence of this passage resonates later. One of the members of the group, Ikram, hears an eerie sound in the heart of the forest. He asks Jayanta whether this eerie sound is the baying of the dhole pack. Jayanta pricks his ears, listens carefully, laughs out loud, and leads them to the source of the noise: a group of timber smugglers felling trees with their motorised saws in the dead of night.

The passage offers a fusion of temporalities as an appurtenance of modernity, the tree-fellers’ huge truck is equated with a prehistoric beast. As we work our way through the passage, the metaphorical contrast with the pack of dholes becomes clearer. Just as the pack of dholes leave nothing behind from their felled prey, the timber smugglers denude the forest with their ‘new machines’. The pack of smugglers is more terrifying than the raang kukur, however, for while the dholes hunt for food and sustenance, the human-dholes erase a history of human and nonhuman co-constitution.

This metaphorical contrast which shows bestial humanity outstripping animality in its brutality is a fairly commonly used comparison between ‘human’ and ‘animal’. Where Raang Kukuror Tupi subtly explores the dull edge of extinction, however, is through the material-semiotic circulation of Jayanta’s grandfather’s cap:

There was a history behind this cap. Most probably the cap belonged to Jayanta’s grandfather. This expensive cap made with wool of the finest quality remained the same despite the passage of time. Jayanta wore this cap when it was very cold or when he was driving his jeep. The old smell of the cap evoked memories of his father and grandfather. He tried to locate the fragrance of his great-grandfather’s days in that cap. He still found the smell of elephant hunts, elephant traps and mahouts in that cap.

Here the cap is an object of nostalgia, bringing back memories of bygone days and mahouts (elephant workers) through the activation of the haptic and olfactory senses. This sense of ‘restorative nostalgia’ – with the ‘emphasis on nostos (returning home)’ and proposing ‘to rebuild the lost home and patch up the memory gaps’ – is contrasted at the story’s end when Jayanta’s friends want to have a photograph taken with a poor Karbi elder (the Karbis are an indigenous tribe in Assam).

The somewhat complex passage begins with the indigenous elder being ‘animalised’, as one of the group notes that he is not very warmly clad but another responds: ‘no clothes, no cold’. The friends desire to freeze a memento alongside what they consider a ‘museumised’ representative of the past, and the photograph, as Bazin famously says, ‘embalms time’: it arrests a living moment as a frozen image that oscillates between life and death.

Hussain accentuates the living dead quality of the photograph with a laconic reference that the indigenous elder ‘had the experience of being entrapped by a camera’. Jayanta, on the other hand, who is by far the most conscientious member of the group, doesn’t want to participate in this attempt at spectacularising the eco-archaic. The only object he wants to leave as a trace of his presence in the photograph is his grandfather’s cap, which he proceeds to place on the unnamed elder’s head.

At this point, the comparison with the extinct raang kukur becomes even more intricate through an intertextual reference. In the opening scene of Milan Kundera’s novel The Book of Laughter and Forgetting, the Czech communist leader Klement Gottwald stands before a massive crowd in 1948 alongside his comrade Vladimir Clementis. The narrator writes: ‘It was snowing and cold, and Gottwald was bareheaded. Bursting with solicitude, Clementis took off his fur hat and set it on Gottwald’s head’.

The photograph of the two men became famous, but a few years later the Party executed Clementis and eliminated him from the photo. Kundera’s narrator continues: ‘Ever since, Gottwald has been alone on the balcony. Where Clementis stood, there is only the bare palace wall. Nothing remains of Clementis but the fur hat on Gottwald’s head’. A new reality is created by this form of airbrushing. Propaganda ensures that the memory of Clementis is foreclosed, as if he never existed. ‘The struggle of a man against power’, the narrator says, ‘is the struggle of memory against forgetting’.

Kundera’s novel critiques the power of propaganda to rewrite memory and ensure forgetting. The analogy with Gottwald in Raang Kukuror Tupi impels us to consider the relationship between extinction and the depredations of forgetting. The dholes haunt the text as spectres, but through their physical absence they reveal the massive impoverishment of a multispecies co-constitutive ecosystem in the present.

Thus it is not only a species that is becoming extinct in the world of Hussain’s story, but words, phrases and gestures of human solidarity too.

Amit R. Baishya teaches in the department of English at the University of Oklahoma. He is the author of the book Contemporary Literature from Northeast India: Deathworlds, Terror and Survival . He tweets @baishya_r

*The Assamese text from the story has been translated by the author.

Competitive cooperation: The connection between Chinese and Russian initiatives in Africa and beyond
Understanding the challenge of improving road-based public transport services in the Philippines