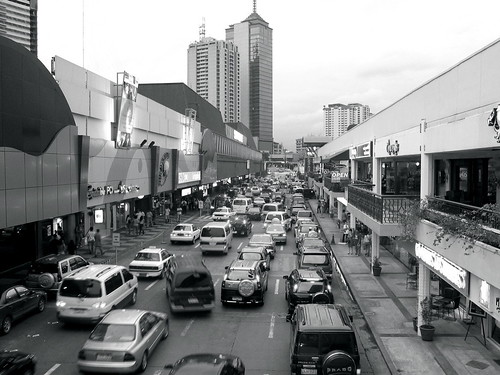 The transport planning model adopted by the Philippines gives precedence to the movement of cars and motorised vehicles to facilitate the increasing mobility demands of passengers and goods. Urban and inter-regional transport is mostly dependent on road transport in the form of buses, cars, motorcycles, tricycles, utility vehicles and jeepneys (the iconic buses noted for their crowded seating and kitsch decorations and the most ubiquitous form of transport in the Philippines). All of these use fossil fuels.

[The PUVMP] offers the vision of a restructured, modern, well-managed and environmentally sustainable transport sector where operators and drivers have stable, sufficient and dignified livelihoods while commuters receive a comfortable, environmentally friendly, reliable, accessible and safe public transport service

The transport sector is considered to be one of the largest consumers of fossil fuels – and hence one of the greatest emitters of carbon dioxide (CO2) – in the country. The externalities of these transport practices extend from increased levels of urban air pollution, with the associated greenhouse gas (GHG) emissions, to severe traffic congestion, problems of energy security, road safety and health. In addition, economic losses are estimated to be about 4.6 per cent of gross domestic product (GDP).

Metro Manila, or the National Capital Region, is the seat of government. It is composed of 17 local government units (LGUs) and is the most densely populated region of the Philippines. It also experiences high levels of congestion due to slow speeds of travel, often resulting in long journey times. About 30 per cent of journeys are less than two kilometres in length, and these journeys contribute to the large amount of congestion which leads to high emission levels.

The PUJ was designed to be a stop-gap measure to address the growing demand for public transport after the Second World War, but it has become one of the country’s emotive icons, and questions surrounding its future have provoked emotional responses in some quarters. However, the vehicle does not follow common standards in terms of safety, comfort or emissions. Jeepneys use second-hand engines that are old and inefficient, they consume more fuel than modern vehicles, and they are high emitters of pollutants. Motorcycles and tricycles are also major contributors of VOCs and are often regarded as the poor man’s taxi, especially for travelling short distances in the provinces.

To address these road-based transport issues, on 19 June 2017 the Philippine government through the Department of Transportation (DOTr) issued Department Order No. 2017-011: Omnibus Guidelines on the Planning and Identification of Public Road Transportation Services and Franchise Issuance.

Known as the Public Utility Vehicle Modernisation Programme (PUVMP), this is a landmark policy designed to provide the basis for a transformational large-scale initiative focused on road-based public transport. It offers the vision of a restructured, modern, well-managed and environmentally sustainable transport sector where operators and drivers have stable, sufficient and dignified livelihoods while commuters receive a comfortable, environmentally friendly, reliable, accessible and safe public transport service.

The new guidelines for issuing public transportation franchises aim to improve land public transport in the Philippines and to provide the country’s citizens with a public transport service that truly cares about the mobility of its stakeholders while simultaneously addressing the issue of climate change, However, since its very inception, there have been doubts about how the PUVMP could address the many public transport issues commonly faced by ordinary citizens.

Nonetheless, the programme’s main objectives are quite clear. These include modernisation of the current fleets of PUJs (which would mean that all public transport vehicle units currently on the road need to meet basic safety and environmental standards); reforming and consolidating the industry (which means there should be a centralised system in every area to manage the public transport service setup); a move towards the use of low-emission PUVs (hence any PUVs which do not meet the new standards would not be allowed on the road); improving the welfare of commuters and encouraging a modal shift in regard to transport use; and last but not least, improving the living standards of drivers, operators and their families.

Implementing a programme such as PUVMP is no small feat and it requires sufficient resources and a strong system of governance to make it work. It begins with an understanding of the different components needed, from regulatory measures to support  system reform through to vehicle modernisation. The issuance of Department Order (DO) No. 2017-011 is therefore a good first step.

However, we need to understand what this DO actually means. It sets out guidelines to be adopted by its attached agency, i.e. the Land Transportation Franchise and Regulatory Board (LTFRB), and its adoption would mean a change from the past, where public transport franchises were dependent on operators proposing routes without a clear understanding of the whole network. Instead, under the new guidelines there is a requirement to involve the affected LGUs or cities and/or municipalities.

The policy recognises that LGUs themselves must have a better understanding of the mobility patterns of their stakeholders so that they can plan accordingly. Public transport services need to be provided in accordance with the LGUs’ public transport plans, where routes for franchise are based on an assessment of passenger demand and the existing road network hierarchy.

The purpose of these guidelines, therefore, is to ensure that any approved franchise meets the level of service that commuters expect: comfortable, accessible, reliable and environmentally friendly. The last requirement would mean responding to strict standards on safety and emissions set by the appropriate government agencies such as the Department of Environment and Natural Resources (DENR) and the Department of Trade and Industry (DTI).

In addition, through the Department of Interior and Local Governance (DILG), LGUs should review their existing policies on all other transport services (such as tricycles) and they should consider other related infrastructure needs such as PUV stops or services for short-distance travel such as bicycles and better footpaths. Overall, LGUs need to provide reliable, safe and sustainable mobility options, regardless of distance travelled.

A reform of public transport as massive as this is not an easy task, especially when there is a need to balance the benefit for the majority – i.e. commuters – against the impact on those directly affected – i.e. the vehicle operators and drivers – especially with an operating system as fragmented as this.

Marie Danielle V. Guillen is an independent transport and mobility consultant, and a lecturer at the Japanese Studies Program of the Ateneo de Manila University

The dull edge of extinction: Dholes as an absent presence in Jehirul Hussain’s ‘Raang Kukuror Tupi’
From alliance to trade war: The role of China’s ‘American Hands’ in the formation of Sino-US relations