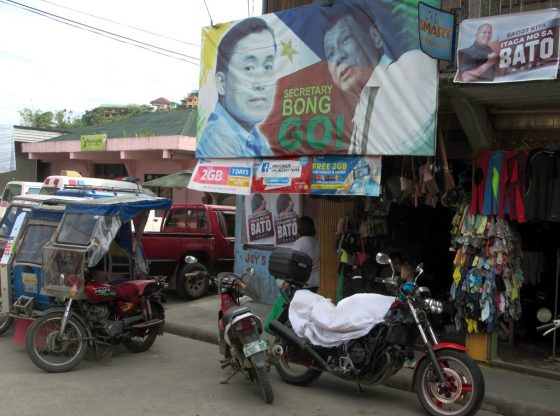 At the end of the hotly contested 2019 midterm elections in the Philippines, no less a personage than the populist President Rodrigo Duterte slammed the country’s party-list system, calling it an ‘evil system’ that benefits the rich. ‘The rich people fund the party-list’, he bewailed; ‘they are named after labourers but their nominees are the millionaires so they stay in power there’.

Duterte’s latest rant is not without foundation. Michael ‘Mikee’ Romero, the Forbes-listed billionaire and party-list representative of the oddly named One Patriotic Coalition of Marginalised Nationals (1-Pacman) has been consistently listed as the richest member of the House of Representatives, with a reported net worth of PHP 7.8 billion and total assets worth PHP 7.9 billion.

Ironically, half of the representatives of 51 party-list groups that won seats in the midterms are identified with Duterte. Among them is Ronald Cardema, who was belatedly substituted for the seat of his wife under the Duterte Youth party banner. Aside from the legal controversy raised by his substitution, Cardema is under fire for exceeding the age requirement provided by the Party List System Act of 1995 to be a youth representative in Congress.

According to an ABS-CBN investigative report: ‘political families – or families that have produced more than one elected or appointed official – have fielded 49 party-list nominees in the May elections, and if their parties garner enough votes, the nominees could occupy 83 per cent of the [61] party-list seats in the House of Representatives’.

Similarly, the online news website Rappler pointed out that ‘at least 46 party-list groups participating in the 2019 polls that have at least one nominee are linked to a political clan or a powerful figure in the country. In total, there are at least 65 nominees who are either members of powerful political families, have links to a government official (incumbent and former), or have a relative also running for office’.

A pathway for marginalised sectors

The 1987 Constitution of the Philippines introduced a novel pathway for marginalised sectors to be represented in the corridors of power, with one-fifth of the members of the House of Representatives to be elected via a party list system (PLS) from one nationwide district. The remainder of the House has continued to be elected on the basis of the system retained from the 1935 Constitution, namely ‘first past the post’ (FPTP) or single-member district plurality: one member from each district, with the winner needing to win the largest number of votes (i.e. a plurality).

However, the party-list electoral system, which was instituted to provide representation for marginalised sectors of society (workers/labour, peasants, the urban poor, indigenous cultural communities, women and youth), has long been saddled with problems. These problems can broadly be categorised as issues of representation and issues of integration.

Issues of integration include (1) the lack of a clear electoral threshold, resulting in a proliferation of parties; (2) too many parties, which fragments the votes; and (3) a three-seat cap, which distorts proportionality and serves as an incentive to further fragment votes.

The Philippines adopted a mixed electoral system, as did a number of other countries around the world, including Japan, New Zealand, Italy and Russia. Aside from this surface similarity, however, the Philippine PLS has certain core features, discussed below, that make it unique among the world’s electoral systems.

The reformed constituencies initially acknowledged the promise of the PLS but were later frustrated by its sloppy implementation. Indeed, since its inception, the Philippine PLS has been besieged by problems of definition, implementation and interpretation. Most fundamentally, the system is highly disproportional and thus distorts the democratic will by allocating seats in a manner quite at odds with the preferences of the electorate.

Despite its original intentions, moreover, the PLS has failed in its objective of fostering greater political participation by those sectors of Philippine society that are marginalised and underrepresented. Finally, because the PLS generates dozens of tiny parties, it contributes to the weakness and incoherence of the Philippine party system. Whereas political parties are meant to aggregate societal interests, the PLS splinters them instead.

Several sectors of society have therefore declared the PLS a failure, and some have even called for its abolition.

Despite the flaws of the existing party-list system, the goal should not be to abolish it but rather to strengthen it. This is because a renewed electoral system has enormous potential to change the underlying incentives of politicians and thus to begin to change the existing patterns of Philippine politics. The most promising reform, in my view, would be to adopt a new type of mixed electoral system that maintains a substantial role for FPTP but combines it with features of closed-list proportional representation (PR) as practised elsewhere in the world.

According to Reynolds et al.: ‘Most countries that have changed electoral systems have done so in the direction of more proportionality, either by adding a PR element to a plurality system (making it a Parallel or MMP system) or by completely replacing their old system with List PR. The most common switch has been from a plurality/majority system to a mixed system, and there is not one example of a change in the opposite direction’.

A future mixed electoral system for the Philippine House of Representatives should, in my view, have the following components:

Let us hope indeed that such a ‘change is coming’.

Julio Cabral Teehankee is Professor of Political Science and International Studies at De La Salle University and is currently a Distinguished Visiting Fellow of the Philippines Project at the School of Regulation and Global Governance, College of Asia and the Pacific, Australian National University. His latest publication is ‘Untangling the Party List System’ in Strong Patronage, Weak Parties: The Case for Electoral System Redesign in the Philippines, edited by P. Hutchcroft (2019).

Cricketing diary: The 2019 World Cup
Chinese overseas students then and now: Lei Haizong and the myth of a Chinese liberal martyr