Chinese overseas students then and now: Lei Haizong and the myth of a Chinese liberal martyr 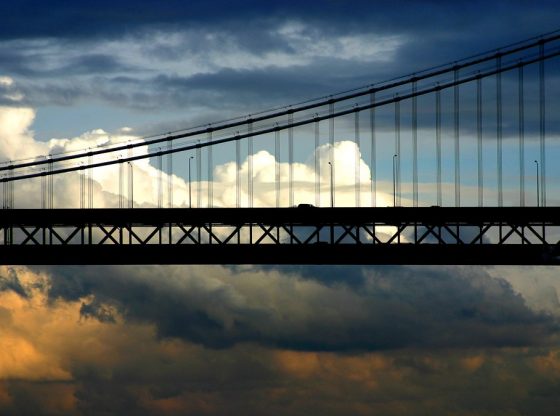 In 1926, 24-year-old Lei Haizong was studying at the University of Chicago. In a short essay written for the Chinese Student Organisation in the United States, he discussed the failure of various progressive ideas in America and expressed a very gloomy view of the world – a world that was a meaningless place where justice was decided only by might. That fascinating article diametrically contradicts the popular perception of Lei as a liberal martyr in modern Chinese history.

Lei returned to China one year later, and there he would go on to become one of the most celebrated historians of the twentieth century. He chaired the History Department of Tsinghua University, became a forerunner of world historical studies, and educated brilliant scholars such as Ping-ti Ho and Wang Dunshu, who remember him fondly.

Having witnessed the atrocities that the Great War brought to Europe, many non-Western intellectuals became disillusioned with Western modernity and drifted away to alternative visions

Yet outside the circles of academic history, Lei was primarily known for his outspokenness in China under Mao Zedong. In the 1950s he stood up to protest against increasing Soviet influence in social scientific studies. He paid the price for this, as the government quickly labelled him a class enemy in the subsequent political campaign.

Today, people often connect Lei’s sudden death in 1962 with the government’s mistreatment of liberal intellectuals, and such a connection has inspired hatred against the totalitarian regime. On an influential online forum, when a story about the death of Lei Haizong was posted up, one anonymous netizen remarked: ‘That era killed so many good guys. We should remember the hatred, should get revenge’.

The historical record indicates otherwise, however, and a close reading of a 1926 essay by Lei offers us the following insight: as a Chinese student living in the United States, his observation of local scholarship, society and politics led him onto a path of cultural conservatism. By the 1940s he would be embracing one-party dictatorship and toying with ideas of cultural fascism. Much research has been conducted into Lei’s later works, but in this piece I consider how Lei’s transnational experiences in the early years shaped his worldview, and what this might tell us about the experience of Chinese students overseas today.

Many Chinese students live a solitary, inward-focused life while studying abroad, but this was not the case for Lei. He was acutely aware of what was happening within American historical scholarship, especially the revisionism in Civil War historiography. Some scholars in the South openly defended slavery, which raised Lei’s doubts about moral values and historicity. In a world dominated by power politics, he speculated, if the South had won, history would have been written in a completely different way. In another example he considered the lands America took from Mexico. Thanks to its military might, the US had become their lawful owner.

Lei was following events in American politics too. A year earlier, the state of Tennessee had accused John Scopes, a high school substitute teacher, of violating a state law that banned the teaching of evolution in a state-funded school. As the trial was being deliberately staged in the small town in Tennessee, both modernists and fundamentalists in the country were mobilised for the case. The leader of the populist movement, three-time presidential candidate William Jennings Bryan, served as counsellor for the prosecution against another famous attorney for the defence, Clarence Darrow.

After a year-long trial, Scopes was eventually found guilty and fined a hundred dollars. Lei found the arguments on both sides to be absurd and that emotion had overcome reason. He observed that as long as Bryan portrayed his opponents as ‘atheists’ and ‘unfaithful’, he automatically received popular support. On the other side, as long as the defendant accused Bryan of being ‘an irrational beast’, the intellectual community stood squarely behind him. It was all about populist fanfares manipulating mass politics. Power determining progress.

Lei grew up in a Christian family, and with such religious roots he was naturally attracted to the Social Gospel movement. By now the movement had utterly failed, he observed, due to a fundamental problem in Christian ethics, an ‘inferiority complex’. Christianity would never become truly universal, Lei predicted, because each believer was merely an isolated individual bound only to God. Society did not exist as a whole and, more importantly, the dynamics among and between individuals was conflict, i.e. war. Thus, he professed, war was the nature of the world, and peace was a temporary illusion.

Of all the Western ideas, science was the most persuasive to Chinese students. In the earlier cultural movements, young intellectuals had called on China to embrace science and democracy – two ‘masters’ from the West – in order to transform its culture. Lei made reference to ‘science’ too.

The unlimited reproduction of the human race defined the suicidal nature of culture. American progressives talked about eugenics and birth control as ways to regulate population growth. Lei supported neither, not because these methods were against humanity, but because they were, in his view, not selective enough. Only war could select the most talented individuals and eliminate those with ‘bad qualities’. The fittest survived, and power determined who was fit and who was not. As such, he celebrated war as the ultimate ethics, the root of social dynamics, and the solution to world problems.

The 1920s offered a most interesting moment in global history. Having witnessed the atrocities that the Great War brought to Europe, many non-Western intellectuals became disillusioned with Western modernity and drifted away to alternative visions. Some embraced anti-colonial nationalism, some accepted revolutionary communism, and others like Lei turned to cultural conservatism and even nativist nationalism.

The most troubling lesson from this case is not how naive the young Lei Haizong was as a historian. Rather, it is how some of his seemingly ‘absurd’ ideas actually made sense within the historical context!

History doesn’t repeat itself but it often rhymes. As hundreds of thousands of Chinese students are currently studying aboard, I wonder what their experiences are, when populist leaders and right-wing politicians are burying the West’s own tradition of liberal democracy, promoting ethnic hatred and cultural separatism. What will this generation of overseas students take from such experiences and what they will bring back to China?

Dr Xin Fan is a historian of East Asia with a special interest in modern Chinese history. He is based at the State University of New York at Fredonia.

Reforming an ‘evil’ party-list system
The balancing act ahead: Legislative options for the China-Philippines relationship after the midterm elections