The balancing act ahead: Legislative options for the China-Philippines relationship after the midterm elections 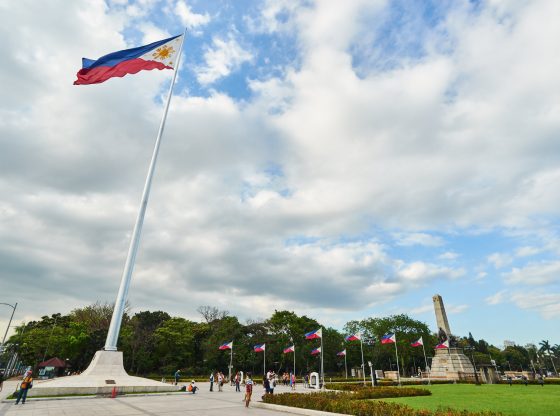 The recently concluded 2019 midterm elections in the Philippines held on 13 May represent a significant partisan victory for the Duterte administration. The senatorial race in particular was a crucial opportunity for the opposition, with Duterte controlling the executive branch by default and the lower house via pork barrel budget allocations and the ‘supermajority’ of a ‘presidential bandwagon’ where all the elected officials in the lower house joined the President’s political party.

Any victory for the opposition’s senatorial slate, ‘otso diretso’, which had a clearly aggressive collective stance against China and its claim on the ‘South China Sea’, would therefore have meant a more serious challenge to Duterte’s current thrust for an ‘independent foreign policy’.

As the administration firmly consolidates its political power in the Senate with the new session resuming in July, the new senators still face the daunting task of maintaining the country’s relations with China while controlling the externalities resulting from increased engagement. The task has become increasingly difficult following the recent maritime incident at Recto Reef on 9 June and the counter-balancing diplomacy which is taking place throughout the ASEAN region.

The President remains the prime architect of the country’s foreign policy, making a Senate filled with political allies less likely to steer or critique his current approach vis-à-vis China. However, the legislative branch still has control over policy areas and opportunities to maximise benefits to the country arising from China’s entry into the domestic economy.

Here are three key areas which the new Senate may be able to address.

China’s level of investment in the Southeast Asian Region has increased to the point of it becoming the region’s biggest investor, accounting for US$50 billion of investment. Under preceding administrations, the Philippines received only minimal foreign direct investment (FDI) from China, even after the launch of China’s Belt and Road Initiative (BRI) in 2013.

On an international level, this may be explained by the Philippines’ strained relationship with China due to the South China Sea dispute and the ruling of the Hague International Tribunal in 2016. However, investment did not increase as significantly as expected even after Duterte rose to the presidency.

Alvin Camba, a China analyst from Johns Hopkins University, argues that minimal levels of investment are better explained by the weakness of institutions and state capacity rather than inter-state relations. This weakness adversely affects the Philippines’ receptivity not only to Chinese investment, but also to all other major investing countries such as Japan, which has recently increased its level of investment to match China’s. Increased investment therefore needs to be accompanied by processes of institutional reform, as discussed below.

One pillar of the administration’s relationship with China is the alignment between Duterte’s infrastructure-driven ‘Build, Build, Build’ programme and China’s Belt and Road Initiative. Under Duterte, the Philippines officially joined the many countries receiving BRI investment in 2017. China currently funds US$15 billion worth of construction projects in the Philippines, ranging from bridges, railways and airports to larger-scale smart-city projects with major Chinese tech companies such as Huawei.

As with many of the countries included within the BRI, projects in the Philippines suffer from setbacks and delays in the construction process. Even before it joined the BRI programme, the Philippines suffered from poor urban planning and regulation of public works. As well as a lack of expertise, corruption is a perennial problem in the executive branch departments involved with BRI projects, particularly the Department of Public Works and Highways (DPWH). The Duterte administration would therefore benefit from professionalising its processes in regard to public partnerships and procurement.

Another concern is the disconnect between national planning and local government policies. While the national government can set priority projects, the decentralised nature of local governance complicates the coordination of projects that cross different localities, such as national highways and regional railways. One option in this area would be more focused direction from the executive branch engaged in these projects and the implementation of national standards by local government units (LGUs).

The sudden influx of Chinese immigrant workers is the issue that affects the Philippine electorate most directly. These workers not only compete with Filipinos in the job market but also in regard to real estate, fuelling an increase in the number of Chinese retail and restaurant establishments. While government records indicate that around 53,000 work permits have been granted to Chinese workers since 2016, a probe by the Senate revealed there to be nearly twice as many immigrant workers as the number of official permits.  Figures for 2018 show that 78 per cent of immigrant workers are involved in online gambling and entertainment industries rather than more productive industries.

The government does not need to stop the flow of Chinese labour completely, but it does need to establish clearer regulations along with corresponding enforcement procedures to minimise illegal entry and the accompanying growth in suspicion towards Chinese migrants. Furthermore, immigration policies should direct the flow of Chinese labour to industries which are more central to the regime’s ‘Build, Build, Build’ programme, such as construction, engineering and information technology.

A more deliberate system of talent importation, perhaps even talent exchange between the two countries, would certainly be beneficial to the completion of the joint projects. Such an arrangement may also ease the current saturation of highly-skilled workers in China, which currently surpasses the United States in terms of the number of Science and Engineering graduates without sufficient corresponding employment opportunities in their own labour market.

Whether the benefits from the Philippines’ relationship with China compensate for or justify the externalities and levels of risk needs a longer discussion than is possible here. The immediate response in regard to matters of sovereignty is conditioned by many constraining factors which are beyond the control of the Senate and, arguably, even of the President.

Rather than throwing out the baby with the bathwater, however, the Senate needs to reflect on the more immediate concern of whether the Philippines’ current legislation is able to maximise the benefits of what China has to offer and curb the corruption which occurs in the implementation of BRI projects. Legislation focusing on these issues would create an opportunity to begin to improve the country’s domestic economic processes and institutions for the purpose of long-term economic sufficiency, even beyond the lifetime of the BRI. There is therefore much to be done at the domestic level.

Matthew Ordoñez is a doctoral student of the School of International and Public Affairs at Shanghai Jiao Tong University. His research interests include political economy, urban development and Southeast Asian politics.

Chinese overseas students then and now: Lei Haizong and the myth of a Chinese liberal martyr
Chinese Christianity encounters Islam along the Belt and Road Initiative