Chinese Christianity encounters Islam along the Belt and Road Initiative 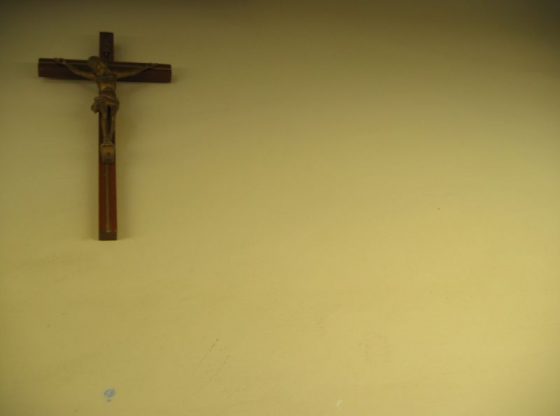 Image Credit: A Crucifix by Simon Shek/Flickr; Licence: CC BY 2.0.

China’s indigenous Christian missions began in the early twentieth century with groups such as the ‘Jesus Family’ and the ‘Northwest Spiritual movement’ in the 1920s, who conceived of the ‘Back to Jerusalem’ idea. Their vision was for Chinese missionaries to take the gospel into Islamic Central Asia and the Middle East, back to its origins in Jerusalem.

In 2013, Chinese President Xi Jinping announced the Belt and Road Initiative (BRI), which is a different kind of indigenous Chinese ‘mission’ – an infrastructure development and investment project that stretches from East Asia to Europe.

The two ideologies have parallels, since they both style themselves as the redeemer (whether economic or spiritual) of the lands between China and Europe.

As China expands along the ‘new silk road’ with the BRI it must grapple with the reality that not only is it exporting cultural and economic influence, but with more than thirty million Christians in China, it is slated to become a major exporter of Christianity as well.

A prime example of this unintentional export comes from Nanjing, where the world’s largest Bible printing factory is located. In fact, the majority of the world’s Bibles are printed in China. This may seem at odds with the ideology of the Chinese Communist Party (CCP), but the mass production of Bibles is a natural extension of the CCP’s export-centred economic model. Ironically, these Bibles are finding their way into the hands of Chinese overseas, where increasing numbers of them are embracing Christianity.

Chinese Christians are now training missionaries to send out on the coat-tails of the BRI, despite Beijing’s persecution of them. Fenggang Yang, Director of the Centre on Religion and Chinese Society at Purdue University, states: ‘They [the CCP] thought Christianity was a Western religion imported into China, so how can you export Christianity from China? This is new and the Chinese authorities are still struggling to figure out what to do with this’.

According to some scholars of World Christianity, ‘majority-world’ Christians are not encumbered by a Western guilt complex over the colonial history of Christian missions. Thus they have championed missions as a fundamental component of their faith. Discussing these majority-world Christians, Lamin Sanneh (former Professor of Missions and World Christianity at Yale Divinity School) has written: ‘Their context is radically different from that of cradle Christians in the West. Christianity came to them while they had other equally plausible religious options. Choice rather than force defined their adoption of Christianity; often discrimination and persecution accompanied and followed that choice’.

In the case of Chinese Christians, this couldn’t be more true than at the present time, and nowhere has the meeting between Chinese Christian missions and Islam come under more international scrutiny than in 2017, when so-called Islamic State killed two Chinese missionaries in Quetta in Pakistan.

Despite this, Chinese Christian missionaries continue to serve across the Middle East. The incident in Quetta highlighted the tricky international relations issues that the CCP may encounter as more and more citizens convert to evangelical Protestantism and take up the mantel of Christian missions.

Elsewhere, in many African nations where thousands of Chinese workers have taken up residence, African evangelicals – themselves converted as a result of colonial-era Western missions – are converting them to Christianity. These workers then facilitate Chinese missionaries from underground churches in China to travel to Africa where they proselytise to both Chinese nationals in Africa and non-Christian Africans, many of whom are Muslim.

Nor has Chinese Christian evangelism to Muslims been limited to overseas projects. Western Christian missionaries began converting Sino-Muslims in the early twentieth century, which dovetailed nicely with the newly emerged Back to Jerusalem movement, and Chinese Christians continued this undertaking. In 2008, police in Kashgar sentenced an ethnic Uyghur convert to Christianity to fifteen years in prison for ‘selling state secrets’, but in reality his crime was to be pastor of a house church.

Hundreds more Christians may be interned in the concentration camps currently being filled with Uyghur Muslims from Xinjiang province, many for proselytising among Muslims or being part of house churches in the majority-Muslim Xinjiang province. The pastor’s case highlights the CCP’s paranoia concerning possible Muslim religious violence and its desperate desire to control religion and belief. The Chinese state’s brutal repression of religious practice strikes a common chord with both Muslims and Christians in China.

Religions have always travelled along the Silk Road through conquest, colonialism and commerce: Buddhism, Christianity and Islam all came to China this way. Now Chinese Christians see it as their responsibility to re-evangelise the non-Christian regions of the Belt and Road Initiative. Christian missions, heavily discouraged by the CCP, will create new types of inter-religious exchange between Christianity and Islam as Sino-Christianity, so long repressed by the state, blossoms overseas in equally hostile environments.

The balancing act ahead: Legislative options for the China-Philippines relationship after the midterm elections
Why Filipinos have come to embrace authoritarian ‘discipline’