Contested centenary: Remembering the May Fourth Movement in the PRC and across Chinese communities 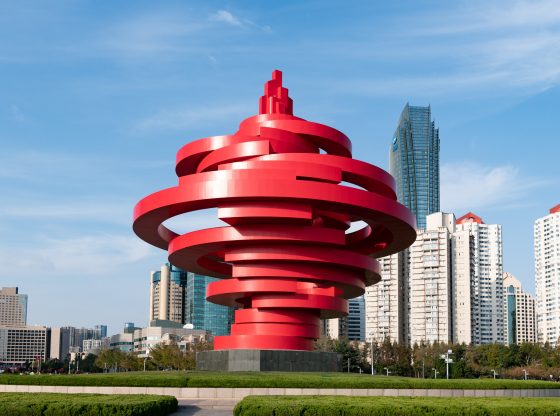 History is no small matter in the People’s Republic of China (PRC). Many readers are probably familiar with the historical narrative of the so-called ‘century of humiliation’ that commenced with the First Opium War from 1839 to 1842. This relevance of history in China goes beyond a mere case of ‘using the past to serve the present’, however: long before the ascent of Mao Zedong, it was believed that one could ‘know the future in the mirror of the past’ (jianwang zhilai). The writing of history was about disclosing the ideal moral order that had been realised during a past Golden Age.

Controlling the historical narrative today is certainly more about legitimacy, but traces of this connection between history and morality remain. Given this centrality of history in the PRC, it is not surprising that anniversaries of key events continue to serve to highlight existing political agendas. At the same time, official attempts are still made to un-remember sensitive anniversaries such as that of the repression of the Tiananmen demonstrations on 4 June 1989, leading journalist and author Louisa Lim to refer to the PRC as the ‘People’s Republic of Amnesia’.

In 2019, one anniversary in particular stands out, namely the centenary of the so-called May Fourth Movement that formed around the Chinese student demonstrations on 4 May 1919, and which arguably was active from 1917 to 1921. The protests were a response to the Treaty of Versailles that resulted from the Paris Peace Conference after the First World War, in which the rights formerly held by Germany in Shandong province were to be given to Japan. Feeling betrayed by Woodrow Wilson’s false promise of a more just world order, nationalist movements emerged not only in China but also in other Asian countries.

Given the circulation of a plethora of ‘-isms’, calls for individual liberation, a new culture, and the awakening of the nation, May Fourth is often associated with discussions on what it means to be modern in China, although there is no consensus on its periodisation or concrete essence. Consequently, and like other movements, May Fourth has been subject to diverse readings over time, emphasising its cultural, ideological, political or social meanings, and this was no different on its centenary in 2019.

The Chinese Communist Party (CCP) has connected May Fourth to its own roots and origin. During the May Fourth era, Marxist ideas spread across China, and one of the key intellectuals of the movement – Chen Duxiu (1879-1942) – who was a co-founder of the Chinese Communist Party, also propagated Marxism. In today’s official interpretation in the PRC, May Fourth remains tied to the birth of the CCP, the spirit of youth, and elements of nationalism and patriotism.

In a Xinhua news article from 30 April 2019 that covered the gathering at the Great Hall of the People to mark the May Fourth centenary, it was reported that Xi Jinping praised the spirit of youth and called for patriotism and ‘national rejuvenation’. China Daily also published an article in which ‘pop icon’ Wang Yuan praised the youth spirit of the movement in relation to National Youth Day, as 4 May continues to be commemorated in the PRC.

Within this interpretation, as both scholars and critics of China abroad have noted, there is little room for the ‘Mr Science’ and ‘Mr Democracy’ that May Fourth intellectuals so often called upon. Instead, May Fourth is being invoked in relation to Xi Jinping’s notion of the ‘Six Hopes’, which ultimately boils down to party legitimacy and control, as David Bandurski argues in a piece on the 100th anniversary of May Fourth.

Whereas this official reading relies on a nationalist framework and discards the liberal aspects of the movement – Hu Shih (1891-1962), arguably the most well-known liberal in the movement, left for Taiwan and was defamed on mainland China, only to be rehabilitated during the reform period – interpretations of the movement among Chinese intellectuals are no less contested. Among those who support the May Fourth paradigm, some consider it to be a Chinese Renaissance or Enlightenment, as did some of the movement’s early advocates, while others have criticised its emphasis on nationalism or its attitude towards Chinese culture.

However, little attention has been paid to the question of how the end of the Cold War and Tiananmen have affected interpretations of May Fourth (and other events) across Chinese communities globally. After 1989, many mainland Chinese intellectuals questioned the legacy of the May Fourth Movement with regard to its attitude towards Chinese tradition and culture. They argued that May Fourth’s condemnation of Chinese thought and culture and its belief that ‘there was no making without breaking’ (bupo buli) was simply part of a long train of ‘radical’ (jijin) thought that had permeated the twentieth century. According to this reading, analysed in detail here, May Fourth was but one node in a chain of ‘radicalisation’ that included the so-called Hundred Days of Reform (1898), the Cultural Revolution (1966–1976), and the ‘culture fever’ (wenhua re) of the mid-to-late 1980s.

This interpretation was not new, since it had been advocated by ‘diasporic’ Chinese intellectuals who had left mainland China around 1949 and had been educated in Taiwan, Hong Kong and the United States. This group of scholars included, among others, Tu Wei-ming (b. 1940), Yü Ying-shih (b. 1930) and Lin Yü-sheng (b. 1934), all of whom were concerned with the continuity of Chinese culture but were also critical of the Communist regime. It was the renewed interaction between Chinese scholars across communities formerly divided by the Cold War through international conferences, visiting fellowships and journals such as Ershiyi Shiji (Twenty-first Century) that stimulated new discussions on the meaning of historical events such as May Fourth and, more broadly, China’s revolutionary past.

One of the key elements in the debates of the early 1990s concerned Chinese culture: what did it entail and who had the right to represent it? As such, part of the re-evaluations of the May Fourth Movement in post-Cold War and post-Tiananmen China became entangled with debates on Confucianism in the form of so-called New Confucianism among various Chinese communities. In light of China’s integration into the global community, scholars now also emphasised the global connections in the movement of ideas during May Fourth.

From the 1990s onwards, as Edward Q. Wang notes in an article written for a special journal issue on the occasion of the centenary of May Fourth, this emphasis on connections across borders continued within scholarship. Another interesting development that Wang notes is the increased scholarly interest in the ‘memorialisation’ of the May Fourth movement, with scholars looking into how various agents utilised May Fourth as both memory and symbol across different time periods.

Understanding historical narratives and the place of historical events in these narratives is not merely a superfluous academic exercise. History underpins how China sees its place in the world. As Zheng Wang has posited, historical memory has played, plays and will continue to play a crucial part in China’s politics and international relations. Historical narratives do not matter just in China; it is well-known that debates on history have often led to political rows in East Asia and beyond.

Finally, interactions across Chinese communities also remind us that the ‘hard’ borders of the Cold War were tempered by the presence of millions of Chinese residing outside of the People’s Republic of China, whose role in international relations has only recently started to receive more attention in scholarship.

In view of this, the question also arises not only about what major events such as May Fourth signify and how they have been contested or remembered in places such as Hong Kong, Taiwan, Singapore and across Chinese communities globally, but also about how interactions across Chinese communities of discourse regarding the meaning of historical events have led to new debates and much cross-fertilisation.

Dr Els van Dongen is Assistant Professor of History at Nanyang Technological University, Singapore, where she teaches and conducts research on modern Chinese history, intellectual history and Chinese migration. She has published in the Journal of Contemporary China, Asian Studies Review and Contemporary Chinese Thought, among others. She is the author of Realistic Revolution: Contesting Chinese History, Culture, and Politics after 1989 (Cambridge University Press, June 2019).

Why Filipinos have come to embrace authoritarian ‘discipline’
The party-list system in the Philippines: Is it better or worse for democracy?