Making history: Bohemian Rhapsody’s Chinese release and the story of its translation 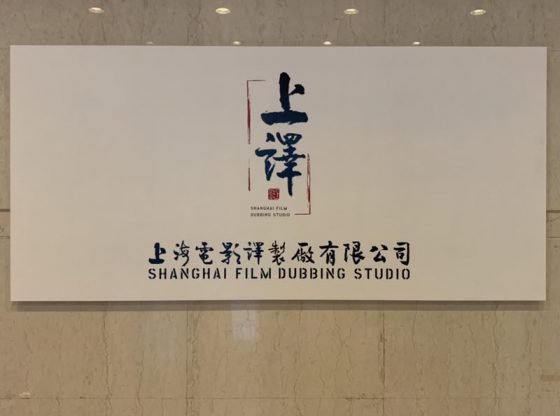 Images Credit: Provided by the author.

The national release of the multiple Oscar-winning film Bohemian Rhapsody (2018) in China in March 2019 was something of a miracle. As The Hollywood Reporter recalls, it was ‘a surprise permission’. The release represented a huge step forward, not only for Chinese cinephiles but also for rock fans and ordinary citizens. Those who managed to see and support the film at a cinema in China shared the same heartbeat with those who attended Queen’s performance at Wembley in 1985.

Importing and releasing the film

Bohemian Rhapsody was certainly an unusual film to be released on the Chinese market, particularly while similar films such as Amy (2015), about the singer Amy Winehouse, had previously failed to break through. When the film was first released in other countries, many thought that a Chinese release would not be possible because of its controversial content. However, the film’s release in China was agreed between the China Film Group Corporation and 20th Century Fox for a limited release under the ‘foreign art film quota’.

Bohemian Rhapsody premiered in China on 22 March and was exhibited through the Nationwide Alliance of Arthouse Cinemas (NAAC), incorporating over 3,000 screens from different cinema chains across the country. These cinemas joined the NAAC network in order to guarantee art film exhibition. While the story of the film’s journey to China deserves more detailed coverage, there is another hidden aspect of this whole tale that is also worth sharing; that is, the story of the film’s translation into Chinese subtitles.

During a recent research trip to Shanghai funded by the UK Arts and Humanities Research Council (AHRC) on a project to explore UK-China film collaboration opportunities, the project team met with key people at the Shanghai Film Dubbing Studio. As a state-owned company currently under the management of the Shanghai Film Group, the Studio is given several projects each year to translate imported foreign films.

The Shanghai Film Dubbing Studio is the second oldest state-owned company that specialises in this service. It was founded in 1949 as the translation unit of the Shanghai Film Studio but in 1957 it became a separate company. The Studio is famous for having trained a generation of dubbing actors and actresses throughout its history, and it was the key communicator that connected Chinese audiences with classics such as The Red Shoes (1947), Notting Hill (1995), Tess of the D’Urbervilles (1998), and many more.

Ahead of the main meeting, we asked to meet with the Dubbing Studio’s translator for Bohemian Rhapsody‘s Chinese version, Zhang Youyou. Zhang was the chief translator of the film’s subtitles, and she shared with us some of the behind-the-scenes stories.

For example, Zhang told us that she only had four days to work on the subtitles as a solo project on her own. Although the news had been announced regarding the film’s release in China, there were still many uncertainties throughout the process. One of these related to copyright issues surrounding the lyrics.

Traditionally, when a foreign imported film is to be screened in China, any spoken or sung words all need to be translated, including the music lyrics (although background music is excluded under this policy). Problems occurred when this policy came up against 20th Century Fox’s concern over the copyright of the lyrics used in the film. While the negotiations were still underway, many people thought the film would not actually make it to the release. However, Zhang Youyou did her best to complete the task within a very short space of time.

Film subtitles play an important role in connecting local audiences with another culture. Certainly, not every single part of the script can be perfectly and completely translated, but the main task is to focus more on the spirit rather than the literal meaning. How can a message be conveyed effectively? For such an important task, Zhang and the Shanghai Film Dubbing Studio have earned their professional credentials.

While the majority of Chinese cinema-goers are not capable of comprehending English fully, the friendly style of language used by Zhang in her translation made the story about the rock group Queen feel highly relevant to Chinese audiences. Zhang confesses that before taking on the task, although she had heard about most of the songs, she knew little about the band in depth. It was only through the experience of translating for this film that she finally got to learn about the band members, and particularly Freddie Mercury.

Many critics have complained about the 4 minutes of scenes that were cut for the film’s Chinese release and have made outspoken addresses regarding state censorship. However, most of this is ‘fake news’. In fact, due to the very short turnaround period, where there was not even enough time for the translator’s task, the cut version screened in China was the same as the version released in Malaysia. The version of the script received for the Chinese release was labelled ‘Malay Censor’. In other words, the cut was not ‘official’ or ‘state determined’, as many have believed and reported.

It was only through our interview with Zhang Youyou at the Shanghai Film Dubbing Studio, who had first-hand experience of dealing with the film, that this side of the story can finally be told. Indeed, this untold story also reveals how the mainstream media and critics often exaggerate the narrative regarding film censorship in China, while missing out some very important facts and details of each different case.

When reflecting on her experience of translating the subtitles for Bohemian Rhapsody, Zhang Youyou stated: ‘It has been a challenge to translate these poetic lyrics, for “true poetry is for the listener” ’. Over 92,000 Chinese cinema-goers have expressively shared their impressions, feelings and tears on Douban, the most active Chinese public film review platform. Only if one has the time to read through every single comment can the truth of the audiences’ experience be known.

Regarding the release of Bohemian Rhapsody and its meaning to its Chinese audience, Zhang Youyou says: ‘The film itself along with the music of Queen deeply touched the Chinese audience’s hearts, even if they were not fans. The band made itself known once again to Mainland people through the release of Bohemian Rhapsody. With so many ways to obtain information nowadays, films are still a very important means to promote intercultural communication’.

Echoing her remarks, the most unforgettable scene from the AHRC project team’s recent visit to Shanghai was to witness an usher at the Grand Theatre shaking his body (subtly but certainly passionately) as the film music was being played behind him.

The future of foreign films in China

Bohemian Rhapsody has broken the record for the highest art film box-office for the Nationwide Alliance of Arthouse Cinemas’ exhibition model, by taking US$14 million. The NAAC specialises in exhibiting arthouse films by encouraging commercial cinema chains to join their network for the limited exhibition of recommended film titles (both foreign and local).

Given that mainstream sentiment regarding the future of foreign films in the Chinese market is currently uncertain, researchers and commentators need to work harder to reveal more positive stories. Many people are actively contributing whatever they can behind the scenes to foster a better future, and this story is just one of many such examples.

If Capernaum (2018), last year’s Jury Prize winner at Cannes Film Festival, was able to gross its highest worldwide box-office in China with US$48 million, (292 times greater than its UK box-office), then the future is evidently brighter than is assumed. Perhaps what we need is more encouragement and to maintain an optimistic spirit. Isn’t this what Queen also offers us through their songs?

Hiu Man Chan is a researcher associated with Cardiff University who specialises in creative industries collaboration between the UK and China. She is currently Principal Investigator for an AHRC-funded research project, entitled ‘To Search for a Sustainable UK-China Film Collaboration Model’ (February to August 2019).

Huawei, the CSSA and beyond: “Latent networks” and Party influence within Chinese institutions
Can the progressive-Left in India learn anything from the Right?