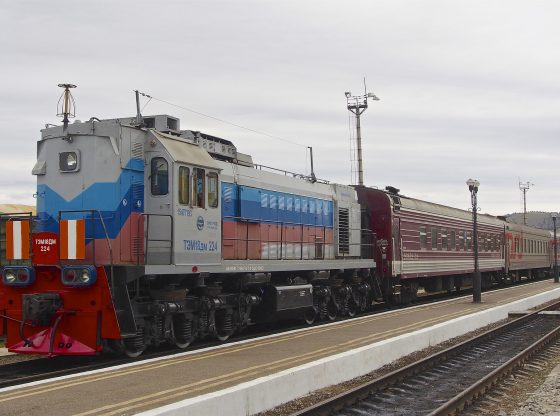 Russia’s ‘turn to the East’ had already begun in the latter part of the first decade of the new millennium; it did not begin in 2014, as is often assumed. The pivot comprised three main components: (1) a programme for the socioeconomic development of the Russian Far East (RFE); (2) efforts towards the RFE’s economic integration into the Asia-Pacific region; and (3) strategic bi- and multilateral political engagement in the region.

In 2012 there was a renewed push for the development of the Russian Far East, with the Asia-Pacific Economic Cooperation (APEC) summit being held in Vladivostok, which was widely tipped to give a boost to the region’s fortunes. The new Ministry for the Far East was also established in that year, headed by the former Governor of Khabarovsk Krai, who had been a presidential envoy to the RFE since 2009.

The centrality of the RFE to the pivot was such that, according to one official document, the welfare of the entire country ‘depended on the government’s ability to solve the ‘geopolitical, strategic, economic and demographic problems’ of the RFE. Since then, however, there has been less emphasis on the RFE as a central part of the pivot, particularly since China’s Belt and Road Initiative (BRI) has accelerated within Eurasia as part of the new continentalism.

Longer-term development of the region is stymied not only by the lack of government investment in infrastructure and competition with other regions like Crimea, but also by a continued fear of Chinese economic penetration

In 2009, a plan for cross-border cooperation and integration between the Russian Far East and the Chinese Northeast was proposed by Premier Wen Jiabao. At this time, the two border regions were described as being complementary to each other, and China’s Silk Road Economic Belt (SREB) Initiative, as well as the Maritime Silk Road plan, included the Russian Far East. This was in line with the cross-border cooperation instigated with Heilongjiang, Jilin and Liaoning.

However, it subsequently became apparent that Russian infrastructure was still incomplete, and also that the Russians and Chinese had quite different approaches to the integration programme in general. The Russian government received instructions to urgently consider increasing funding from the federal budget for the investment projects planned in the territory of the Russian Far East and to give priority to development in the region, as well as funding for the construction of energy infrastructure facilities and seaports.

In 2014 a prominent scholar close to the Kremlin, Sergei Karaganov, was still suggesting that ‘the key point in Russia’s new comprehensive Asia strategy should be accelerated and [there should be] extensive development of Russian Asian territories: Siberia and the Far East. When it begins in earnest and becomes Russia’s major project not only for the entire 21st century, as President Putin believes, but also for immediate future decades, it will help resolve the depopulation problem in Russia’s eastern territories’. Significantly, however, given that this was just before the Ukraine crisis, Karaganov emphasised that ‘there exists a real threat that the current confrontation with the West forced upon Russia may again distract it from implementing this and other promising development endeavours’.

Certainly the Ukraine crisis has revealed the true cost to Russia of supporting its new federal subject, Crimea. The knock-on effect has been to reduce investment to struggling regions such as the North Caucasus and also the RFE. Thus in 2017 around 13 per cent of the total federal budget fixed investment went to Crimea and Sevastopol, while only 9 per cent went to the North Caucasus and 6 per cent to the Russian Far East.

Nevertheless, the problems of the RFE cannot be solely attributed to the diverting of funds to Crimea; even in 2012 Putin had already begun moving away from plans to diversify the economy in favour of ensuring Russia’s ‘future strength and stability’.

A new development in bilateral relations is the Eastern Economic Forum, with the first meeting taking place in 2015. China signalled its support for cross-border cooperation at the 2016 forum, stating: ‘The Eastern Economic Forum is a new significant platform for China and Russia to jointly develop the Far-East, which China attaches great importance to… China is willing to take an active part in Russia’s Far-East development, strengthen cooperation with Russia based on win-win cooperation, draw on each other’s strength, tap into the potentials for cooperation, and achieve common development of the China-Russia neighbouring areas’.

A blow to the region was the abolition of Russia’s Ministry for the Far East, which had been created with the express aim of boosting the region’s development. Longer-term development of the region is stymied not only by the lack of government investment in infrastructure and competition with other regions like Crimea, but also by a continued fear of Chinese economic penetration. This had been a major issue in the 1990s, but since the demarcation of the Sino-Russian border, largely completed by the mid-2000s, anti-China sentiment had largely died down or been confined to the margins.

However, it is noticeable that Sinophobic feelings have resurfaced of late. For example, protests by ordinary citizens against a proposed Chinese-owned water bottling factory in Lake Baikal led to the project being abandoned. Further, in March 2019 the speaker of the Russian Parliament expressed deep concern at Chinese economic activity in the RFE: ‘Whom does this development serve? Let the Americans in, let the Europeans in, that’s fine, and will be connected to economics, and only economics. But if you let the Chinese into the Russian Far East, then it becomes political’.

The bulk of Russian exports to China remain raw materials, particularly from Russia’s Far Eastern regions, which in the 1990s had been securitised as ‘raw materials appendages’ of a China sometimes accused of seeking to revise the ‘unequal treaties’.  The raw materials trope has never quite disappeared from popular discourse, despite fervent attempts by the official media to stamp out negative coverage of relations. Some regions in the RFE are in fact almost entirely dependent on China for trade, e.g. the Amurskaya Oblast, and that dependency may be increasing. In 2018, for example, RFE trade with China increased by 20 per cent.

Dr Natasha Kuhrt is a Lecturer in the Department of War Studies, King’s College London.

Can the progressive-Left in India learn anything from the Right?
Puncturing the picture of poverty elimination in China