Puncturing the picture of poverty elimination in China

Home /China, Culture and Society/Puncturing the picture of poverty elimination in China 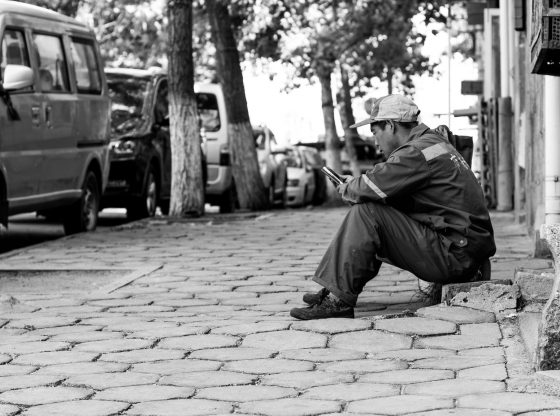 China’s success in ‘lifting millions out of poverty’ has attained much international acclaim.  The figures bandied about vary, but the World Bank has estimated that 850 million exited from extreme poverty (existing on less than US$1.90/day in 2011 purchasing price parity terms) between 1981 and 2015. And President Xi Jinping has set a goal of obliterating poverty altogether in China by 2020.

But several caveats are in order. First, it is principally just in the countryside that incomes have increased. Besides, while government policies prepared the ground – by permitting farmers to market their output, (which had been banned under Mao Zedong [1949–1976]) and allowing growers to plant the produce they chose – it was industrious cultivators themselves with their energy and ingenuity rather than the state that elevated living standards.

Another cause for caution is that the concept ‘out of poverty’ requires clarification. The term implies only that the no-longer-impoverished have risen above the official poverty line (2,300 yuan annually, equivalent to about US$334), not necessarily that their lives have become materially comfortable, and many are still quite poor.  Moreover, they subsist in danger of slipping back down into indigence for want of affordable health care and workable opportunities to enhance their skills, knowledge and abilities.

Because laid-off workers created disturbances in municipal streets with their demands for work and food, China’s rulers devised a welfare scheme designed to prevent demonstrators from perishing outright

Another concern attends the authorities’ project of eradicating destitution: the significant privation which remains in the cities. This situation was brought about by a leadership decision on the eve of China’s 2001 entry into the WTO whereby firms suffering losses that employed under-educated low-skilled workers over the age of 35 were urged to dismiss these employees, pretty much in one fell swoop.  Dozens of enterprises were authorised to fall into bankruptcy, merge with more successful enterprises, or be bought out – frequently by their own managers, with corruption part of the mix.  Often the personnel who were dismissed were given just a lump-sum payment which was inadequate to sustain their daily needs, and were left without any means of making their way in the world.

Focusing only on the populace officially registered as urban (i.e. setting aside the several hundred million rural migrants scratching out a livelihood in towns), the numbers are slippery: government statistics cite some 30 million as having lost their jobs, but internal sources mention as many as 60 million. Although poverty was common before 1980 (when economic opening and marketisation–which with time resulted in major class differentiation– first got underway), by the late 1990s a new urban impoverishment had appeared. By then it is possible that, counting both the laid-off workers and their dependents, something akin to 80 million city dwellers had suddenly been thrust into a state of want.

Because laid-off workers created disturbances in municipal streets with their demands for work and food, China’s rulers devised a welfare scheme designed to prevent demonstrators from perishing outright, so as to maintain the reform of enterprises and ensure urban ‘stability’. This platform, called the Minimum Livelihood Guarantee, was to distribute a pittance to the newly unemployed and so bring their household income up to a locally determined minimal livelihood level.

The Guarantee programme, which is now 20 years old, has a number of glaring deficiencies, however. Because of its shortcomings, it promises to keep its recipients in a state of long-term if not permanent penury – a condition which they will assuredly bequeath to their progeny.

Among the long-standing issues which undermine the Guarantee’s effectiveness are leakage (giving the allowance to ineligible citizens) and errors of exclusion (omitting those who deserve to be covered). As a consequence, two-thirds of those who should be getting the funds fail to receive them, while perhaps three-quarters of the beneficiaries do not properly qualify.

Other problems with the administration of the scheme include embezzlement; recipients concealing portions of their income; sloppy supervision and inadequately trained staff;  ‘local policies’, whereby cities save money through provisions that exclude people from receiving the allowance (such as owning a computer or sending their children to better schools outside their neighbourhoods);  and the issue of ‘assumed income’, whereby community officials judge that a person has a job/income with a salary equivalent to the local wage simply because that individual is healthy and of working age, thereby disqualifying his/her family from obtaining the allowance.

Over time, the generosity of the programme has declined: in 1998, the national average poverty line in major cities was 20.5 per cent of the mean wage; nine years later that had fallen to 10 per cent.  In 2008, government expenditure rose by more than 25 per cent vis-à-vis 2007, while the proportion going to the Minimum Livelihood Guarantee rose by just 9.6 per cent.  In 2005, the poverty line represented nearly a quarter of the average monthly disposable income in the larger metropolises; only six years later it had fallen to 13 per cent.

Two more recent trends are especially worrisome. One is the steadily declining proportion of GDP injected into the urban Guarantee, down from 0.144 per cent in 2009 to 0.113 per cent five years later.  The other is the precipitous fall in the number of beneficiaries, from a peak in 2009 of 23.5 million urbanites down to only 10.7 million in 2018.

How can these shifts be understood?  Some Chinese scholars assert that the recipients’ children have grown up and found employment, such that the family’s income surpasses the poverty line. Another proposition is that the recipients have themselves aged and are now collecting their pensions. There is no research to test these explanations.  However, what the data do appear to indicate does not suggest that these answers are accurate.

An OECD researcher learned in interviews that ‘The increase in the number of new urban pension recipients has not been sufficient to fully explain the decline in [Guarantee] coverage’. Another source notes the mounting deficit in the pension system since 2011, such that by 2014 seventy per cent of China’s provinces were in the red.

A new pension system created to provide for those without any provision (i.e. urban-registered people whose enterprises were unable to compensate them or supply them with a pension when they went out of business; those who had worked in collective firms and were not entitled to enterprise-funded pensions; and city residents who had never worked) recently raised the level of its hand-out to a mere 88 Chinese dollars per month. This is far, far below the sum accorded by the Minimum Livelihood Guarantee.

It would thus seem that there could be a more robust interpretation for the collapse in funds and their beneficiaries: weakened by their meagre diet and without any hope of change, the recipients of this allowance have become muted and are no longer to be found protesting on municipal streets. Stability has therefore been achieved, and the government can be oblivious to their existence.

Dorothy J. Solinger is Professor of Political Science at the University of California, Irvine. Her current work is on urban poverty and the welfare programme to address it in China.