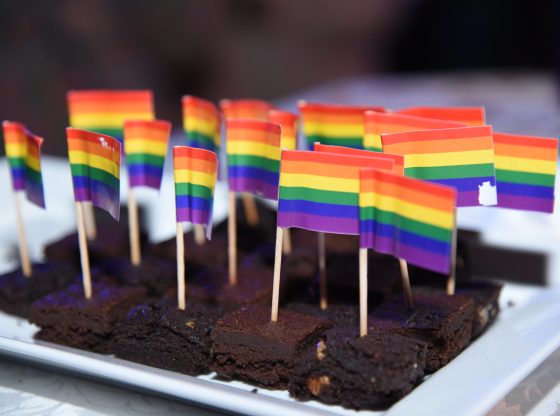 When in 2003, Brazil – for the first time in the history of the United Nations (UN) – pushed a surprise draft resolution at the 59th session of the United Nations Commission on Human Rights, giving a clarion call for recognising the human rights of people subjected to discrimination and violence because of their non-normative sexual orientation, a no-action motion was passed by Pakistan.

Even though the motion by Pakistan was eventually defeated, India voted in its favour. However, this was perhaps the last time that India openly opposed a resolution on LGBTQ (lesbian, gay, bisexual, transgender and queer or questioning) concerns at the United Nations. It subsequently erred on the side of caution, seldom raising an active objection against resolutions or motions of this nature.

It is now sixteen years since that initial resolution, and a lot has seemingly changed. The colonial law Section 377 of the Indian Penal Code (IPC) that criminalised sexual acts ‘against the order of nature’ in private between two consenting adults was struck down by the Supreme Court of India in 2018, igniting hopes that India was ready to acknowledge and grant LGBTQ individuals their rightful due domestically as well as internationally. However, judging by India’s most recent in/action at the UN, hope for that being on the horizon seems particularly doubtful.

On 12 July 2019, India abstained from voting on a mandate that sought to extend up to three years the term of the Independent Expert – the office currently held by jurist Victor Madrigal Borlioz of Costa Rica – who oversees the implementation of international human rights law across nations and is also invested with raising awareness and reporting on violence and discrimination faced by LGBTQ individuals and communities in order to devise protection mechanisms for them.

India was among the eight member-states of the UN Human Rights Council (UNHRC) that abstained from voting on this resolution. It was not acting out of character, however. In 2016 – two years before Section 377 was struck down in the case of Navtej Singh Johar v. Union of India – when the creation of the office of the Independent Expert was proposed at the UN, India similarly abstained from voting.

Vikas Swarup – the then spokesperson for India’s Ministry of External Affairs –reasoned that since the matter of recognition of LGBTQ people was yet to be decided by the highest court of the land, India had to take into account the undecided nature of the issue when voting on critical resolutions relating to LGBTQ rights at the international level. This line of reasoning is no longer tenable in 2019, however, and therefore it is important to explore how India’s lack of support for LGBTQ issues has played out internationally in the years before 2019 and what it could mean in the post-377 era.

The right-wing populist Bharatiya Janata Party (BJP) government, that has held power at the centre in India since 2014, has taken a conservative but cautious foreign policy approach towards LGBTQ rights and concerns. It has not been consistently hostile to LGBTQ issues at the international level, but it has refused to take any position of affirmative significance in the matter.

In 2014, when a resolution was passed at the UNHRC to combat violence and discrimination on the basis of gender and sexuality, India abstained from voting. In 2015, India then backed a resolution drafted by Russia opposing the extension of benefits to partners of queer UN staff. However, India did not support the resolution indicating socio-cultural compulsions, nor on the grounds of religious morality, as nations defending ‘cultural sovereignty’ at the UN often do. Instead, India focused on the arbitrary manner in which the then UN Secretary-General, Ban Ki-moon, had reformed the system of entitlements, which India – echoing other dissenting voices at the UN – claimed was undemocratic.

The dominant foreign policy behaviour of India has been one of measured indifference, helping it navigate the international political terrain rather skillfully. On the one hand, as a postcolonial nation, India is wary of inviting ‘Orientalist tropes’ and being stigmatised as ‘uncivilised’ (and hence intolerant and exclusive). On the other hand, as a democratic state with a robust civil society and an increasingly large critical public, India appears to be adopting a two-pronged strategy in this regard: through its numerous abstentions, India resists stigmatisation in the international sphere while attempting to keep dissent at bay in the domestic realm.

This latter attempt has not always been successful, however, since activists, academics, journalists and liberal commentators have critiqued India’s disinvested foreign policy stance towards LGBTQ issues at the international level. Nonetheless, it should be noted that no large-scale mobilisation has taken place yet, entirely on the basis of India’s human rights position at the UN.

Because overwhelming attention in India was focused on repealing Section 377, and the Transgender Rights Bill was also resisted by activists as soon as it was tabled in the Parliament, critical dialogue around India’s LGBTQ rights politics at the UN did not raise a furore and it never became a focal issue in queer and trans politics in India. However, had absolute hostility been displayed through opposition to queer-friendly resolutions, civil society responses would have been very different and the possibility of mobilisation on the ground could have increased exponentially.

Hence, by taking a position that, on the face of it, appeared to be ‘non-threatening’, India was able to lessen any damage to a great extent, as long as the Supreme Court remained undecided on the fate of Section 377. However, with the demise of Section 377, the grounds for India’s abstention now seem spurious and cannot be kept out of the public-political discourse on queer and trans rights at home or further afield. In the post-377 era, abstention seems more unjustifiable, even bordering on the hostile.

Previously, the precarious legal status of LGBTQ people at home was persistently used by India at the international level to make a case for not acknowledging or voting for LGBTQ rights and security. However, the removal of this precarity at home gives the government a disadvantage it will need to counter if it does not want to run the risk of revealing itself to be essentially ‘phobic’. Indeed, the government’s past actions and reasoning are now rendered even more suspect.

In this political climate, conversations around rights and justice are provoking more and more questions about the ‘intent’ of the government – revealed through its passive actions masquerading as inaction in the international sphere. The dichotomy between the plausible and the implausible, which was maintained through ostentatious respect for the law and judicial pronouncements, has also been destabilised.

Sohini Chatterjee holds a Masters in International Relations and is currently working as an independent researcher in matters related to gender, sexuality and politics. She tweets @Shohineee