Where are India’s regional parties heading? 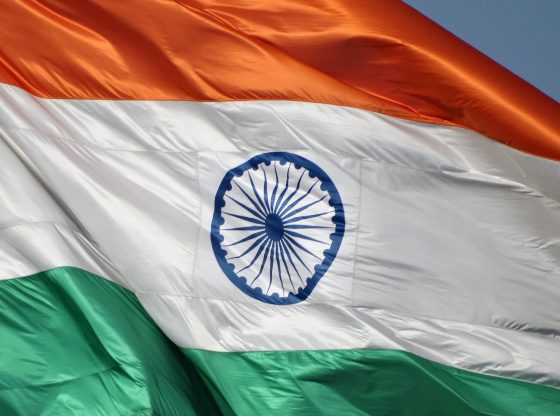 The results of the 2019 election to India’s parliament, the Lok Sabha, throw up some significant outcomes which are unparalleled in the history of Indian politics. To begin with, the Bharatiya Janata Party (BJP) led by Narendra Modi has become the first majority government not led by the Indian National Congress (INC or Congress) to be re-elected with a more emphatic victory than the previous time.

Second, the mandate was so great that for the first time in Indian electoral history an incumbent majority government at the centre obtained 6 per cent more votes than in earlier elections. The previous highest figure was 5 per cent in 1984 when Rajeev Gandhi led the Congress party, which received a resounding mandate after the assassination of former Prime Minister Indira Gandhi.

Third, in addition to the devastating performance of the Congress party, for the first time in the last three decades, the share of parties other than the BJP and Congress fell to less than two hundred seats. The aggregate vote share of regional parties (not BJP, not Congress, not Left and not Independent) had been continuously on the rise (except in 1999), but in 2019 the results provided the biggest jolt to the regional parties, which lost 3 per cent of the votes nationally. This was an unprecedented phenomenon.

For the first time, the vote share of regional parties has declined in the rural locality

So what does the 2019 verdict indicate for parties other than the BJP and Congress? 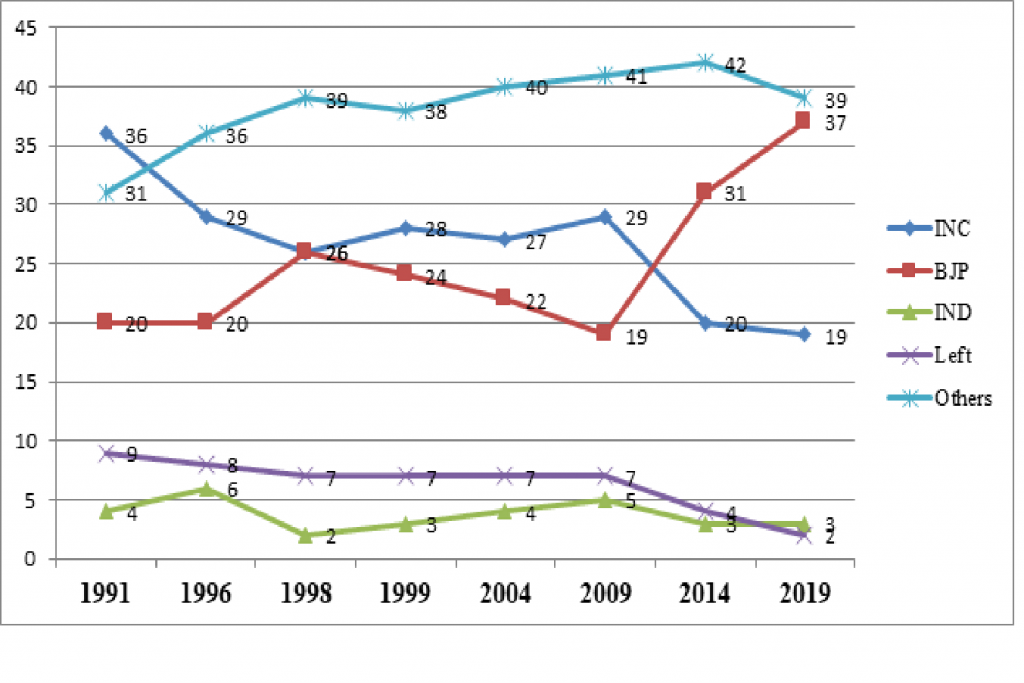 Note: All figures in percentages and rounded off. Data source: Election Commission of India (ECI).

In 2014 the BJP gained massively, but this was mainly at the expense of the Congress. In 2019, however, BJP’s gain has come more from the regional parties and the Left (although the Left has been in continuous decline in any case). A micro-level analysis therefore suggests a grim outlook for the regional parties, as they are losing their hold within their core constituencies.

To understand the change for the regional parties at the micro level, this analysis considers the data from 1996 to 2019 in the fourteen biggest states: Andhra Pradesh, Assam, Bihar, Haryana, Jharkhand, Jammu and Kashmir, Karnataka, Maharashtra, Orissa, Punjab, Tamil Nadu, Telangana, Uttar Pradesh and West Bengal. These states have been chosen since the regional parties here are strong contenders and have formed the state government either on their own or as part of an alliance. Together, these states have 397 parliamentary constituencies.

Figure 2: Vote share of the parties where regional parties are a strong player in the state 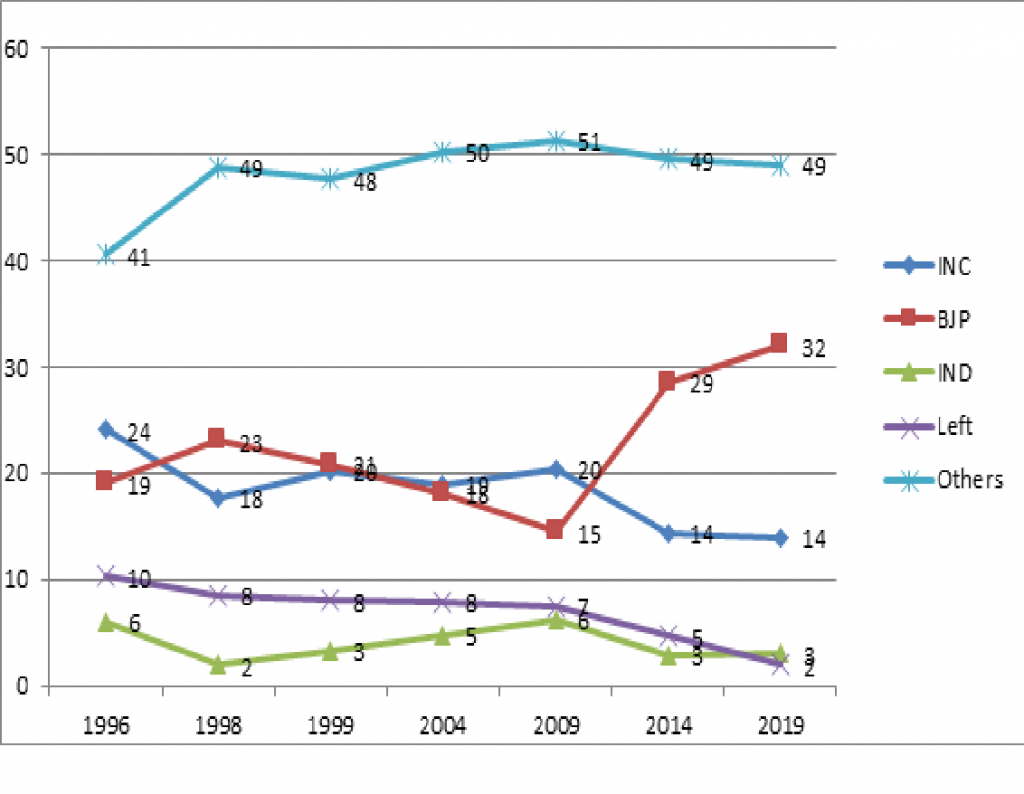 Note: All figures in percentages and rounded off. Data source: ECI.

If we look at the data in Figure 2, we find that the regional parties in these 14 states are dominant and captured around half of the total votes. In the last seven parliamentary elections the aggregate vote share of regional parties declines only twice – first in 1999 and second in 2014. In the 1999 election their total vote share fell by 1 per cent, although they recovered at the next election in 2004. In 2014, however, the aggregate vote share of these parties declined by 2 per cent, and this time they were unable to regain these votes at the subsequent election in 2019.

In 2019 the aggregate vote share of the regional parties was the same as in 2014. However, the devil is in the detail. The data for the regional parties’ vote share by locality* indicate a very significant loss for these parties, because for the first time in the last 23 years they lost votes in the rural areas which had been their stronghold in the past.

Figure 3: Vote share of regional parties by locality in states where they are strong

Note: All figures in percentages and rounded off. Data source: ECI and Lokniti-CSDS data unit.

Figure 3 shows the vote share of regional parties in rural, semi-urban and urban constituencies since the 1996 parliamentary election. Three significant trends emerge from this chart.

First, in the urban locality, voting for regional parties has been declining continuously since 2004, and their vote share in these areas is far smaller than their aggregate vote share.

The third and most critical point is that, for the first time, the vote share of regional parties has declined in the rural locality. Ever since the 1996 parliamentary election, the performance of regional parties in rural areas has been steadily increasing. However, in the 2019 election these parties lost 3 per cent of their votes.

Moreover, what makes the 2019 election particularly significant for the regional parties  is that for the very first time in the last three decades they have lost votes in all three localities: urban, semi-urban and rural. Could this signify a substantive move towards the end of the regional parties entirely, or are voters making a distinction between national and state elections? Current trends are not encouraging in this regard.

Ashish Ranjan is an independent researcher who studies India’s elections. He has previously worked with India Today, Ashoka University, the Centre for Policy Research and Lokniti-CSDS. He tweets @Kranjanashish

*The identification of the locality (urban, semi-urban or rural parliamentary constituency) has been done by the Lokniti-CSDS data unit. The author would like to thank Lokniti-CSDS for providing the locality data.

India and LGBTQ rights at the United Nations after the demise of Section 377
Income and poverty in China and the findings of Jacob Shapiro and Qin Gao: A commentary