Income and poverty in China and the findings of Jacob Shapiro and Qin Gao: A commentary

Home /China, Economic Reforms, Economy, Inequality, Population/Income and poverty in China and the findings of Jacob Shapiro and Qin Gao: A commentary 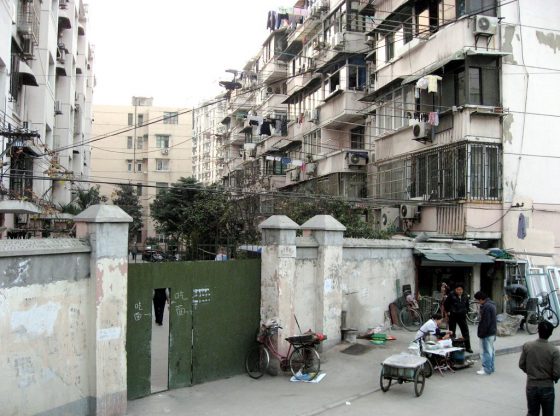 Image Credit: Just Behind My Building by Kyle Taylor/Flickr; Licence: CC BY 2.0.

Recently, China’s official English language newspaper, the People’s Daily, reported that ‘Over 10 million people in the countryside are estimated to be lifted out of poverty this year [2019], with 2.8 million relocated. Over the past six years, over 80 million have been lifted out of poverty…’ But just how many are actually living in poverty in the People’s Republic of China (PRC)? And how is poverty defined and measured in the PRC?

These are two basic questions that need to be answered. Jacob L. Shapiro, Director of Geopolitical Futures, has addressed the issue in a geographical way in his 2016 paper with the striking title (which needs to be nuanced): ‘China is still really poor’.

The thinking in China today is that poverty refers mainly to the rural poor, since decades of economic growth have (or so the narrative goes) largely eradicated urban poverty. Clearly, this is not strictly accurate, even if there is a strong negative correlation between poverty and rates of urbanisation.

Over 200 million former rural dwellers now find themselves living on the margins of cities, making as much money as they can to send home to those left behind

Actually, measured by province, the average GDP per capita (in 2014) for rural households for the booming eastern, coastal provinces had reached in the order of 15,000 yuan, and the average GDP per capita for rural households for the same period in the western and central provinces approached 7,000 and 10,000 yuan, respectively, whereas in only two provinces – Gansu in the northwest and Guizhou in the southwest – did rural per capita income come in at the mid-6000 yuan level. Nonetheless, these figures have to be masking the reality of poverty and inequality which is so often rampant in rural areas, particularly in central and western China.

The picture with regard to urban households in China (accounting for 59.6 per cent of the population in 2018) is equally remarkable, and once again highlights the striking contrast between the eastern provinces and those in central and western China. Whereas the average per capita income in rural households in China is in the order of the equivalent of US$4 per day, the overall average for the country for urban households is twice as high.

Little wonder then that scores of millions of rural folk from all over China (and especially the young) migrate to the cities, despite the fact that, once there, they are almost always given the rank of second-class citizens due to the discrimination they are subjected to by the application of the extremely unfair hukou system, whereby no residential permit is given to an individual and family other than the one attached to a person’s place of birth.

It is also very instructive to look at another graph chart produced by Shapiro. Focusing on the generally accepted threshold of US$1.90 per day for measuring poverty, we can see just how extraordinary the progression has been between 1980 (when 88 per cent of the population lived at well below the equivalent of US$2 per day) and 2010 (the last date the World Bank could give for this particular variable). Indeed, it is China’s oft-stated goal to eliminate poverty totally, at least when measured by the metric of living below the equivalent of US$1.90 per day.

This comparison, however, does not seem to take into account the issue of inflation, and nor does it make any reference to inflation-adjusted dollars. Certainly one of the characteristic features of China’s present-day economy is the high level of inflation that has to be dealt with.

Much of the change in regard to poverty levels in China has taken place on the periphery of cities. In fact, over 200 million former rural dwellers now find themselves living on the margins of cities, making as much money as they can to send home to those left behind. However, these migrants only technically live above the poverty line in what can often be characterised as suburban slums on the edges of the prosperous cities of China.

According to the calculations of Tan Wei-Ping of the International Poverty Reduction Centre of China, using the generally accepted US$1.90 poverty line, from 1981 to 2013 China lifted 850 million people out of poverty, with the percentage of people still living in extreme poverty falling from 88 per cent to 1.85 per cent. But what changes have there been in terms of reforms aimed at measuring more accurately the extent and the reduction of poverty to negligible levels in the PRC?

With regard to the urban population, the government’s National Development and Reform Commission (NDRC) is committed to increasing urbanisation, which by 2018 stood at roughly 60 per cent, and ‘will scrap restrictions in cities of 1 to 3 million on coveted household registration permits for out-of-towners, which include migrant workers and college graduates’ (emphasis added). In addition, ‘for cities of 3 to 5 million, which include many provincial capitals, such restrictions will be “comprehensively relaxed”, although the NDRC did not provide specifics on such moves’.

This new policy has also been reported in the People’s Daily. It should be remembered that without a residential permit (i.e. the infamous ‘hukou’), a new resident of a city is denied access to public services such as education and healthcare as well as subsidised housing and food prices. This is a welcome development, and insofar as it is applied, this policy should go a long way towards reducing poverty for the millions of migrants arriving in these categories of cities, which include the majority of China’s 65 cities with a population of over 1 million. (Other sources, such as The Guardian newspaper, estimate a much higher number of ‘millionaire’ cities.)

With regard to rural poverty, Columbia University’s Qin Gao has authored a significant volume entitled Welfare, Work and Poverty: Social Assistance in China. This published report addresses the anti-poverty effectiveness of the urban and rural Dibao in China towards reducing significantly the rates of both urban and rural poverty in the country.

Dibao refers to the Minimum Livelihood Guarantee (MLG), which today constitutes the core of China’s social assistance programme. It was established in Shanghai in 1993, before progressing to cover urban populations nationwide by 1999, and it was then brought in to combat rural poverty in 2007. By 2017 there were approximately 60 million receiving welfare payments through the programme, and so in one sense, this provides an overall general indicator of the rate of urban and rural poverty combined: that is, just over 4 per cent of the PRC’s total population.

In an interview with Qin Gao soon after this publication appeared, Maura E. Cunningham was able to get some insights into her work and thinking. Below are a few of Qin Gao’s comments from the interview (emphasis added):

‘Each city (for urban Dibao) and county (for rural Dibao) has their own assistance standards; if one’s income is below the local standard, then typically one is entitled the amount of benefits equal to the income shortfall. In other words, Dibao is intended to lift one’s income to the local Dibao line level…

‘Dibao has had a modest impact in alleviating poverty. It has been more effective in reducing the poverty depth and severity than lowering the poverty rate, indicating that Dibao has had some success in reaching the most vulnerable among the poor population. When a relative poverty line is used, however, these effects tend to be smaller, because the relative poverty line is usually set as a percentage of the medium income in the society and is often higher than the typical absolute poverty lines used. In other words, Dibao’s poverty reduction effects are smaller when considering the overall income distribution in the society than focusing only on the poor population…

In conclusion, it would appear that China is moving rapidly towards reducing (absolute) poverty to very low levels, at least by local standards, through the implementation of a reasonably proactive set of policies and practices. However, the issue of enormous income inequality – both socially, between China’s urban and rural populations, and geographically, between the enormously prosperous east coast provinces and the central and western ones – seems so far to be intractable.

Dr Peter Foggin is an Honorary Professor in the Department of Geography at the Université de Montréal, Montréal, Québec, Canada. His research interests include the health status and risk factors of geographically isolated populations and integrated, sustainable community development, moving into this field quite naturally through its health component.

Where are India’s regional parties heading?
A delicate balancing act in South Asia