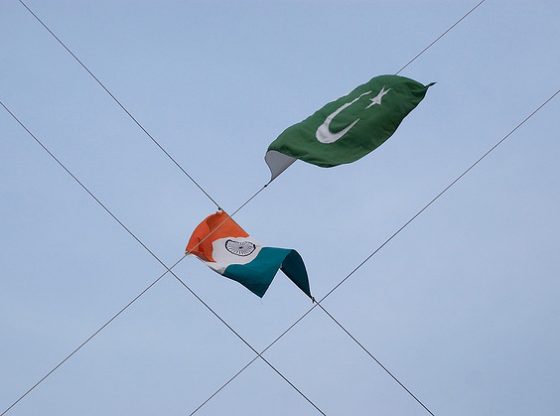 Relations between Pakistan and Russia have a troubled history of divergence that intensified during the Cold War and in the era of Afghan Jihad. The turning point for reviving relations appeared in the post-Cold War period. The rapprochement between Pakistan and Russia began to evolve steadily once Islamabad joined the war on terror, which paved the way for the two countries’ institutionalised engagement.

Despite the challenges to emerging Pakistan-Russia rapprochement in the wake of uneasiness from the US and India, there is a chance of meaningful headway being made towards successful Pakistan-Russia relations

Islamabad is increasingly concerned as a result of Washington moving away from its traditional balancing position in South Asia. Increasingly, the United States appears to be reinforcing Indian moves to assume a regional leadership role by backing New Delhi’s expanding involvement in Afghanistan.  This could destabilise the regional balance and have an adverse impact on the security matrix of Pakistan because it strengthens the perception among Pakistan’s policy-makers that America is abandoning its traditional balancing act between India and Pakistan. India and America might develop their own strategic ties instead, thereby creating a vacuum in the regional balance.

It appears that Moscow has taken on the role of performing the delicate balancing act of filling that vacuum by ensuring that its diplomacy vis-à-vis both Islamabad and New Delhi remains pertinent. Hence Russia is not only seeking to preserve its traditional ties with New Delhi, the key strategic partner of the US, but it is also making approaches to Pakistan, which is pro-China.

As Moscow attempts to develop its diplomatic engagement simultaneously with both Islamabad and New Delhi, the former is gradually taking a more and more substantial place within Russia’s foreign policy. This is reflected in the statement by Zamir Kabulov, President Putin’s Special Envoy to Afghanistan and Pakistan, urging that Russia’s South Asian policy should go beyond its historic Indo-centric links to include Muslim-majority countries such as Pakistan as well.

Responding in 2017 to a question whether Russia would use its influence to force Pakistan to stop its alleged attacks in Indian Occupied Kashmir, President Putin remarked: ‘We will always support India in its fight against terrorism. I believe Pakistan is taking immense steps to stabilise the situation in the country’. Contrary to a previous statement in 2002, in which Putin urged Pakistan to dismantle the terrorist infrastructure in Jammu and Kashmir, nowhere in his later comment did Putin back India’s lobbying position against Pakistan, which alleges that Islamabad is responsible for state terrorism in Indian Occupied Kashmir.

The situation was further clarified by Zamir Kabulov, who criticised Trump’s Afghan strategy (relying on a military solution to the Afghan conflict instead of a negotiated settlement) and supported Islamabad’s crucial role in regional security. He asserted that Islamabad was ‘a key regional player to negotiate with’ and that putting pressure on Pakistan ‘may seriously destabilise the region-wide security situation and result in negative consequences for Afghanistan’. Likewise, during the Heart of Asia ministerial conference in Amritsar, Kabulov dismissed the Indian and Afghan lambasting of Pakistan, remarking: ‘Sartaj Aziz’s speech at the conference was friendly and constructive… it is wrong to criticise Pakistan’.

This is evident from the signing of the bilateral Logistics Exchange Memorandum of Agreement (MOA) between India and the US in 2016, in which India is described as America’s crucial defence partner. The MOA may spoil Russia’s vision of multi-polar Eurasian integration while also creating more regional insecurity that will ultimately lead to little economic integration among the states in the region. Given this scenario, Moscow may be encouraged to maintain a balance against such anti-integration forces by moving closer towards Islamabad.

The objective of Moscow’s grand strategic vision of a Eurasian Economic Union (EEU) is primarily regional integration on the Eurasian continent, and Pakistan’s geostrategic position plays a vital role in this regard. Meanwhile, New Delhi’s grand strategic aim of becoming a major power at the cost of regional security gives cause for concern, by disturbing the delicate strategic balance in South Asia and the strategic equilibrium in the Eurasia-Pacific region with America’s blessing. This may stimulate possible strategic cooperation between Pakistan and Russia in order to maintain regional stability.

At the same time, there is no doubt that the India-Russia defence calculus enjoys an equally privileged status, and Moscow’s support for Indian drives to obtain permanent membership of the United Nations Security Council (UNSC), the Nuclear Suppliers Group (NSG) and the Nuclear Elite Club would in turn have severe implications for Pakistan’s strategic calculus. However, it appears that Moscow is playing its cards very cautiously as it does not want to cause doubts and worries in New Delhi regarding any emerging closeness between Pakistan and Russia, especially given that New Delhi is already turning towards the US.

Nonetheless, there are also reports stating that Moscow will not give up its regional interests in order to satisfy New Delhi, as shown by Sergei Lavrov’s statement in 2012. If Russia continues to snub Pakistan in favour of India, this would ultimately run contrary to Russia’s security interests. Such a position was even elaborated in a statement by Zamir Kabulov: Moscow did not complain about India’s close cooperation with the US, and so India should not complain about the much lower level of collaboration between Russia and Pakistan.

Equally pertinent here are the comments made in 2012 by Ruslan Pukhov, the Director of the Russian Centre for Analysis of Strategies and Technologies who enjoys connections with the Russian Ministry of Defence. As Pukhov remarked: ‘Delhi’s attempts to diversify its supply of new weapons – increasingly from Western countries – are making Russia flinch. Moscow has explained to Delhi… that it can also diversify its military-technical ties by means of a rapprochement with Pakistan’.

Thus it seems that, despite the challenges to emerging Pakistan-Russia rapprochement in the wake of uneasiness from the US and India, there is a chance of meaningful headway being made towards successful Pakistan-Russia relations. The renewed diplomatic ties between Pakistan and Russia indicate that both countries are looking to each other as complementary partners in regard to the regional balance.

Muhammad Nawaz Khan is a Research Officer at Islamabad Policy Research Institute (IPRI), Pakistan. His areas of research include Russian foreign and defence policy with a special focus on Pakistan, Counter-Radicalisation, and Afghanistan.

Income and poverty in China and the findings of Jacob Shapiro and Qin Gao: A commentary
Biryani: The Queen of South Asian cuisine