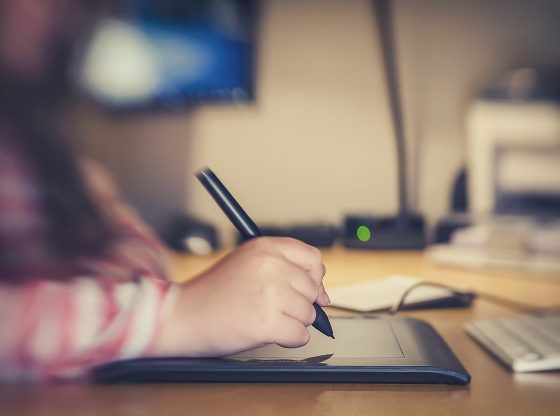 While animation has become one of the fastest-growing sectors within the creative industries in China, many small and medium-sized enterprises (SMEs) based in the UK are also keen to explore this potential export opportunity for their creative products and services.

Several deals signed so far have provided the market with initial confidence for this new form of cultural and business collaboration. For example, we are currently awaiting a co-produced animation feature film called Watch the Skies from Qingdao-based studio DeZerlin Media and Luton-based production house Zycon Media. According to the press release, both companies have signed an agreement to co-produce nine more animation feature films in the next eight years.

Another example is Cardiff-based animation studio Cloth Cat, which has been working collaboratively with Beijing-based Magic Mall on an animated TV series entitled Luo Bao Bei. The creative output of this collaboration, Luo Bao Bei, has already been aired on China’s largest state television channel CCTV and a second series is expected.

To make a successful co-production, it’s important to have input from both UK and Chinese contributors in order to make content that Western and Chinese viewers love

Other projects are also in development. However, curious as it may seem, the majority of animation SMEs based in the UK are still unfamiliar with how they can work together with potential Chinese clients. Apart from the cultural differences and working habits, one of the most challenging matters is the different scales of the companies.

Because most media organisations in China have different strands of business, with animation being just one part of a wider range of activities, the scale of these companies is much larger than SMEs in the UK and EU. How, then, can small British studios provide for Chinese clients, and how can high demands be successfully managed while maintaining creativity?  This is something for artists from the UK to think about. Certainly, the Chinese market is full of opportunities, but how can a project be sustained?

In order to get to know more about the challenges that British animation SMEs face today, I conducted a short interview with Steff Lee, Creative Director of Kino Bino Studio based in Leicester.

It was the first time for you and your partner to attend the 14th China International Cartoon & Animation Festival in Hangzhou, China from 30 April to 5 May this year. What was your overall impression and what opportunities do you see in the Chinese market for your company?

Steff Lee: China was definitely an eye-opening experience. The games and animation industry in China is very big and seems to be expanding. We’re a small studio and most of the potential Chinese collaborators we spoke to, even the ‘small’ ones, had large teams of full-time employees. It’s easy to see why the relationship between the West and China, with regard to animation at least, has traditionally been based on Western companies outsourcing the more labour intensive parts of the job to China.

China has the manpower, what they want from us is ideas. Original intellectual property (IP), with the magic ingredient that gives UK content such great international appeal. The general mood seems to be an ambition to move away from the old outsourcing model and into a more collaborative, co-production framework. Which I think is great!

Have you worked with Chinese clients before and what difficulties have you come across?

Steff Lee: We’ve created a lot of Chinese-inspired content for Western audiences, but as a primarily service-based company, it is quite unusual for Chinese companies to outsource to the UK. We have had one project for a Chinese client, so we know the relationship can work that way round. The only difficulty we had was that we were a long way down the chain and had no direct contact with the Chinese company in charge of the production, which can leave us a little unclear about the direction the project is taking. We went to China to try and build relationships directly with Chinese companies, which we believe makes for a smoother production and a better-finished product.

As a small-sized studio, how do you see your company catching up with the huge demand and appetite that the Chinese market offers?

Steff Lee: We did get the impression that size brings status, so being small isn’t necessarily an advantage. However, several companies we met were keen to collaborate with UK creatives, be it writers, producers or directors, so we feel optimistic that there is a space in the market for us to work together with Chinese partners to create and sell content to China. The demand in the Chinese market is huge as well, so I think there are a lot of opportunities there for companies big and small.

What is the quickest way to trade animation content to potential Chinese clients and what are they looking for the most?

Steff Lee: If you already have original IP then there are a lot of buyers and distributors out there who are hungry for content. We have spoken to many people working across the UK/China industries who have reiterated this fact. In my experience, a lot of people are looking for good wholesome content – with an educational element. In general, though, there are many streaming platforms in China that are looking for all sorts of animated content. In our case, we don’t have any IP to sell just yet, so the main option for us is to look into co-production, potentially using the new co-production treaty.

Do you plan to go back to China again? Do you think it is important for your company to get more business by joining a business delegation trip?

Steff Lee: We do hope to visit China again in the future with a business focus. Keeping up to date with the market and building relationships with Chinese clients is essential for the success of any collaboration. The benefit of joining up with a delegation is that a lot of the connections are already established, so it was easier to get to know who is who and exactly what these people are looking for. There was also a lot of support and advice from the UK’s Department for International Trade (DIT) and companies already producing content in collaboration with Chinese partners. Working within the Chinese system sounds like it can be complex, but the support is there and if you can find the right partners on the ground in China then there seems to be a huge amount of opportunity.

In your opinion, what would be the ideal co-produced animation content between the UK and China?

Steff Lee: I would love to see more content that has been designed and created with both markets in mind from the start of production. Luo Bao Bei and Next Gen are good examples of this. To make a successful co-production, I think it’s important to have input from both UK and Chinese contributors in order to make content that Western and Chinese viewers love. It’s also a great opportunity to share concepts and ideas from different cultures with a wider audience.

Kino Bino is an animation production company based in Leicester, UK which has been creating content to educate, entertain and inform adults and children for over a decade. With over 20 million individual views online, their fun and playful character-based animation has been enjoyed the world over.

Dr Hiu Man Chan is a researcher associated with Cardiff University who specialises in creative industries collaboration between the UK and China. She is currently Principal Investigator for an AHRC-funded research project entitled ‘To Search for a Sustainable UK-China Film Collaboration Model’ (February to October, 2019).

Where there is no weighing scale: Pakistan’s fight against child malnutrition
Money politics and the structural power of business in the political economy of Bangladesh