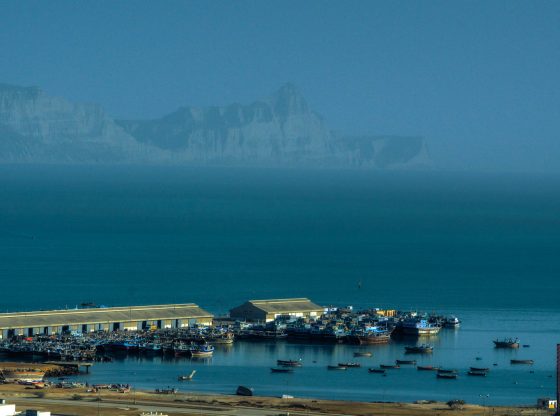 The federal government of Pakistan unveiled its budget for the fiscal year 2019–20 in June. The total value of the budget stands at Rs 8.24 trillion, with a deficit of Rs 3.15 trillion. The budget was criticised by many people for being IMF-driven, due to its additional taxes and cuts in development expenses and subsidies. However, what did not receive any attention was the fact that the federal government (led by Pakistan Tehreek-e-Insaf (PTI), the party of Imran Khan) has ignored some of the most pressing development needs of the province of Balochistan with this budget.

The economic needs of Balochistan mean that, just like the rest of the country, the province requires a bailout package from the federal government, otherwise the socio-economic conditions of its people will deteriorate further

First is the issue of Balochistan’s highways. The single-lane narrow roads in the province are a constant cause of deaths through accidents. Almost every week a deadly accident takes place on the highways of Balochistan due to the narrowness of the roads. The gravity of the situation can be gauged from the fact that in the last decade more people have died in road accidents than in terrorist attacks.

Although all the roads in Balochistan are dangerously narrow, it is the 813-kilometer Quetta-Karachi highway which is the scene of most accidents. Known as the RCD Highway, this road is used by more than 8,000 vehicles every day. However, given its narrow width, deadly collisions take place frequently.

However, in the 2019–20 budget just released an insignificant amount of money has been allocated for this important project. The federal government has earmarked Rs 500 million to study the feasibility of dualling the RCD Highway, but this study will take six years to complete. Commentators believe that dualling the highway could start in 2020, with the feasibility study completed in just a few months’ time if the federal government made this issue a priority, but it has not done so.

Other highway projects in Balochistan have also been ignored. The federal government has allocated Rs 1 billion towards the total approved cost in the Federal Public Sector Development Programme (PSDP) 2019–20 of Rs 76 billion for dualling the N-50 highway, which is just 1.30 per cent of the estimated and approved cost. Similarly, Rs 1 billion of the total Rs 76 billion approved in the Federal PSDP 2019–20 has been allocated for dualling the N-50 highway, and Rs 500 million out of Rs 7 billion for dualling the Quetta-Dhadar section of the N-65. Clearly, no meaningful progress can be made in terms of highway upgrades in Balochistan and the provincial government has failed to convince Islamabad to prioritise the issue.

Balochistan was also ignored when it came to funding for projects connected to the China-Pakistan Economic Corridor (CPEC). The port city of Gwadar is facing an acute drinking water crisis, but only Rs 400 million were allocated for a desalination plant there. And only Rs 1 billion was allocated for the development of Gwadar city under a Gwadar Development Authority (GDA) project, against the total amount approved in the Federal PSDP 2019–20 of Rs 13.2 billion.

Similarly, only Rs 9.4 billion of the required Rs 63 billion have been allocated for the Zhob-Kuchlak highway, which was inaugurated with much fanfare by Prime Minister Imran Khan in March 2019 as the western route of the CPEC. Once again this shows that Balochistan will not greatly benefit from CPEC infrastructure development projects in 2019–20.

Nor has the federal government allocated enough resources to address the socio-economic backwardness of Balochistan. The federal budget forecasts annual inflation of 11-13 per cent in 2019–20, but with the highest poverty rate in the country, at 71 per cent, underprivileged sections of society in Balochistan need an economic package to survive. Nonetheless, this important need of the province was also overlooked by the federal government.

In order to compensate for this, the provincial government has to use its own resources. It has therefore earmarked Rs 1 billion for the establishment of a Social Protection and Poverty Alleviation Authority, which will be beneficial for marginalised people in the province. There is also a Provincial PSDP of Rs 108 billion.

If properly implemented, the Federal PSDP could make a reasonable contribution to the development needs of Balochistan. However, owing to financial and management constraints, the provincial government is never able to spend the full development budget. For instance, the PSDP allocation was Rs 88 billion in 2018–19, but the government had to revise it down to Rs 42 billion, despite the backwardness of the province. It is therefore unlikely that the provincial government could spend the full Rs 108 billion on regional development in the coming fiscal year.

Adnan Aamir is a journalist and researcher based in Pakistan. He has written for Nikkei Asian Review, Financial Times, South China Morning Post, The News and Asia Times, among others. He was a Chevening South Asian Journalism Fellow 2018 at the University of Westminster, London.

*This article was originally published by The Friday Times, and has been republished with permission of the author. The author bears full responsibility for the facts cited and opinions expressed in this article.