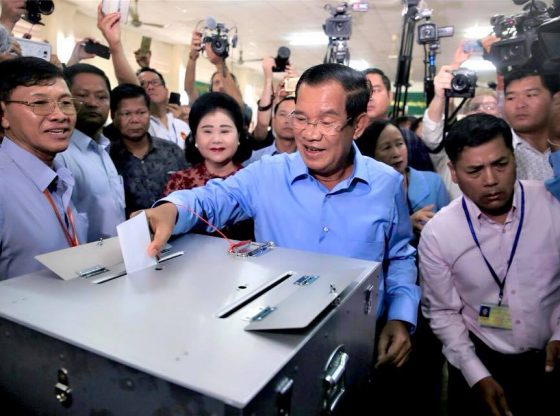 Problems with party funding are universal. Political activities – especially election campaigns – are costly, and they are getting more expensive everywhere.  In the evolution of party theory, however, which is mainly based on paradigms from Western Europe, the financial aspects have not been at the centre of scholarly attention.

Party classification and other matters have been prioritised over the issue of funding, which in any case may have been hidden behind aspects such as membership fees or voluntary work by rank-and-file members. This despite the fact that financial contributions by interest groups and wealthy individuals are a common problem everywhere. But in Southeast Asia, the regional experts in the political science community have often applied traditional Western yardsticks for their analyses of the fledgling democracies and semi-democracies which emerged after the end of colonialism.

The organisational and administrative structures of parties vary considerably, of course, but many of them have one very characteristic feature in common: they generate and handle enormous amounts of money and have deep roots and tentacles within the economy and business sector

Are there typical party models which can be identified in Southeast Asia? In order to ﬁnd some common denominators among all the political parties, taking into account the extreme variety of shapes and sizes, the organisational criterion is probably the most promising for comparative purposes. The organisational and administrative structures of parties vary considerably, of course, but many of them have one very characteristic feature in common: they generate and handle enormous amounts of money and have deep roots and tentacles within the economy and business sector.

It is often the task of party leaders to ﬁnd their own funding sources since they do not trust the party machinery to handle the donations for them (seen in spectacular fashion in the case of the United Malays National Organisation in Malaysia and the Cambodian People’s Party (CPP) in Cambodia), but it can also rest in the hands of particular personalities standing for election, as in Indonesia and the Philippines. A third category to consider in this typology consists of business tycoons in the role of party leaders and ﬁnanciers.

In most countries in Southeast Asia the laws on political parties are somewhat vague in regard to funding, and fairly lax in terms of supervision and regulation. Herein lies the main difference with the more controlled funding regulations which operate in Europe. So here are a few examples of the outrageous money politics and party-business models which operate in Malaysia, Cambodia, Indonesia and the Philippines.

In Malaysia, the United Malays National Organisation (UMNO), which has ruled the country since independence in 1963 in a broad coalition with minority parties, has built up a huge network of dependable funding sources through Government Linked Companies (GLCs) and pervasive patronage. The evident corruption of 1MDB, a sovereign wealth fund meant for development, eventually brought the UMNO down in the May 2018 election.

The case against the toppled Prime Minister Najib Razak, now going through the courts in Kuala Lumpur, also reveals that vote buying is a rampant feature of election strategies in Southeast Asia. This takes place either directly via cash payments to voters or through donations for village and town facilities which serve the whole community.

In many places, especially in Indonesia and Thailand, vote buying is organised by different types of vote traders who facilitate the transactions between voters and candidates. General elections can generate huge amounts in terms of turnover, and as a consequence, the poorer candidates have no chance to win. In the absence of ideology-based parties to attract voters, cash handouts are far too attractive for the many poor communities to resist, and they make election campaigns feel like a form of festive entertainment.

The second remarkable case is that of Cambodia’s CPP, where the long-term party leader and Prime Minister Hun Sen has implemented a rather ingenious mechanism to practically force the business community and its tycoons, who enjoy the state’s protection, to pay back part of their enormous proﬁts to the ruling party. They are ‘invited’ to pay for projects normally funded by the state and to foot the bill for all sorts of infrastructure projects. The privilege of getting the royal title of ‘Okhna’ is obviously attractive enough for the business elite to donate US$ 500,000 and more to the CPP, because this guarantees the attention of the Prime Minister as well as the most proﬁtable business deals, which easily compensate for the ‘sacriﬁce’ of the donation.

In the Philippines, the political parties remain poorer than the politicians. Consequently, they are organisationally weak and depend on donations even for the most basic tasks. This makes most of them vulnerable to high levels of ‘turncoatism’, which means that when a new president comes into office, they have no problem in forming a new supermajority thanks to such party hoppers. The attraction for the turncoat lies in the competition for development and infrastructure funds for that particular politician’s constituency, which are disbursed by the budget minister who is close to the president. All members of parliament are expected to secure a reasonable part of the national budget for their voters, a service which is known as pork-barrelling.

The prevailing practices and newly emerging techniques for funding political activities in Indonesia are similar to the pork-barrelling in the Philippines. Some of the recent scandals have revealed that the ‘scalping of projects’ can yield huge sums at the national level, which then ﬂow into the pockets of political leaders, who feel entitled to recoup the amounts they have previously invested into their party activities and election campaigns.

It should not be forgotten that Western political parties and politicians are themselves far from immune from the temptations of money politics, and lobby influence in the West is greater than ever before.  Nonetheless, in many countries, the eruption of scandals leads to stricter regulations and closer supervision, which is still widely lacking in Southeast Asia.

The difficulty in imposing more control on parties and powerful party leaders in Southeast Asia are evident in the ‘teething problems’ of Indonesia’s General Election Commission (KPU) and especially the Corruption Eradication Commission (KPK), both of which face quite ferocious attacks, but are prevailing with public and presidential support.

Better education, widespread media access and social media campaigns are increasingly helping to create a widespread anti-corruption sentiment in the region. The need for political protection in the business sector and the needs of political parties for donations are strong, however, and do not permit too much optimism in regard to the eradication of political corruption and dubious forms of party funding anytime soon.

Dr Wolfgang Sachsenröder is the Managing Editor at Political Party Forum Southeast Asia and an expert within the field of political finance in the region. He has recently written a book on this topic: Power Broking in the Shade (ISBN 978-981-3230-73-6), which covers nine of the ten ASEAN member countries.