China looking beyond the Dalai Lama 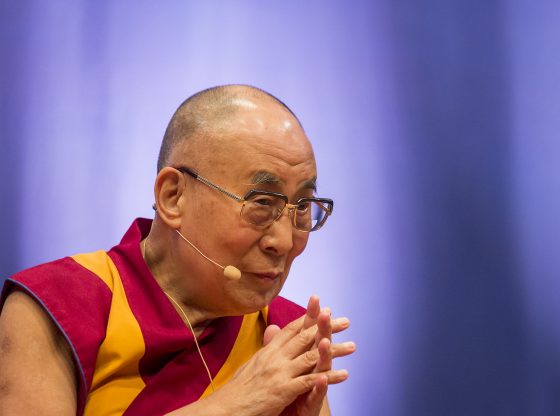 On 9 June 2019 the Global Times, the populist outlet within the People’s Daily, carried a piece by Zhu Weiqun titled ‘It’s impossible to hold negotiations with the Dalai Lama without conditions’. Zhu is the former head of the Ethnic and Religious Affairs Committee of the National Committee of the Chinese People’s Political Consultative Conference and the article represented yet another attempt to diminish the Dalai Lama and to ‘underline that there is no so-called Tibet issue but just the problem of the Dalai Lama’.

Zhu’s broadside kicked off with the trip to Tibet of the American Ambassador Terry Branstad, and what Zhu considered were the ‘hackneyed remarks’ calling for Beijing to engage in ‘substantive dialogue with the Dalai Lama or his representatives, without preconditions’. This was rejected by Zhu as US ‘interference in China’s internal affairs’.

Zhu then moved to distance the Dalai Lama from the Tibetan government in exile. With regard to the former (the Dalai Lama) Zhu said that China ‘has not closed its door of contacts and negotiation with the Dalai Lama’; but with regard to the latter (the government in exile) Zhu asserted that ‘the Dalai group, whose existence is against the Chinese Constitution, is not at all eligible to discuss Tibetan affairs with the CPC Central Committee. The Dalai separatist political group is illegitimate and ineligible to have a “dialogue” with representatives of the CPC Central Committee’. Zhu particularly wanted it to be clear that ‘in nature, contact and consultation are not talks between China’s central government and the Tibetan government-in-exile or “Central Tibetan Administration” ’.

As to possible talks with the Dalai Lama, suspended by China since 2010, Zhu argued that ‘it needs to be clarified that the Dalai Lama must accept Tibet as an integral part of China, abandon all attempts about so-called Tibetan independence, stop all separatist and destructive activities, and recognise Taiwan as an integral part of China’. The significance of the Taiwan clause can be returned to.

Finally, the article provided a five-point list of ‘substantive’ issues that the Dalai Lama would have to move away from:

There is a degree of alarmism in these five issues, particularly points 3 and 4 and linking a withdrawal of the PLA army to Tibet falling ‘under the control of Western countries’. Point 1 reflects Beijing’s propagandist but not particularly accurate rendering of history, while point 2 is not an unreasonable summary of the move by the People’s Republic of China (PRC) to send the Red Army (PLA) into Tibet in 1950. Point 5 uses the extremely emotive term ‘ethnic cleansing’ so as to cloud the undoubtedly deliberate policy of moving Han (‘Chinese’ in the popular sense) communities into Tibet, a policy labelled as demographic imperialism by the Dalai Lama and one which is also underway in Xinjiang.

The context of the piece reflects Beijing looking beyond the Dalai Lama in two senses. First, there is the US angle, giving wider concerns for Beijing over the US playing a so-called Tibet Card against China. Foreign Ministry Spokesperson Lu Kang warned on 20 May that Branstad’s visit ran the danger of ‘being deluded or disturbed by hearsay or speeches, especially on the protection of Tibetan culture and religion’.

Yang Sheng’s piece in the Global Times on 26 May, entitled ‘US “blind” to China’s help for Tibet Autonomous Region’, criticised Branstad’s visit as ‘interference’, and raised the spectre of US politicians hoping to destabilise Chinese control ‘and use this to contain China’. Similar fears of the US playing a Taiwan Card have also been raised by China, which is why any focus on the common Buddhist links between Tibet and Taiwan has been frowned upon by Beijing.

The other sense that Beijing is looking beyond the Dalai Lama is with regard to his age. On 6 July 2019 the Dalai Lama turned 84, an event preceded the day before by Xinhua’s dismissal of his ‘ebbing influence’ in Tibet. In exile for over 60 years since 1959, Beijing has sought to curtail the Dalai Lama’s international reception around the globe, and this campaign of attrition has worked to some extent during the last decade due to Beijing’s increasing economic weight.

Beijing is pushing the long-term economic modernisation of Tibet to pull the population away from Buddhism, coupled with firm military control to guard against popular outbursts, tight control of Tibetan monasteries, and the ongoing promotion of Beijing’s own Buddhist figurehead in the form of the Panchen Lama. However, it has become palpable that attention is now increasingly switching to arrangements for finding the Dalai Lama’s successor after his death.

As to the immediate issue of the Dalai Lama, Wang Sheng, Vice Minister in Tibet, went on record on 14 July to state that ‘the Dalai Lama’s reincarnation is not decided by his personal wish or by some group of people living in other countries’ but rather would follow Chinese procedures (the so-called golden urn lottery of names, as used at the Qing court in the eighteenth and nineteenth centuries!) and would require the approval of the central government.

India and other countries were warned not to interfere: ‘Since the reincarnation of the Dalai Lama is an important issue for China, any friendly country or friend of China would not interfere or meddle in the issue’, for ‘it will be a major political difference that would impact on bilateral relations and any wise political leader would not do that’. The outside world has been warned!

Dr David Scott is the Indo-Pacific analyst at the NATO Defence College Foundation, Rome. From among Scott’s publications, see: ‘Buddhism in Current China–India Diplomacy’, in Journal of Current Chinese Affairs, 45.3:139–174.

Media coverage of gods in China under an atheist regime
Following the money: Political financing in Malaysia