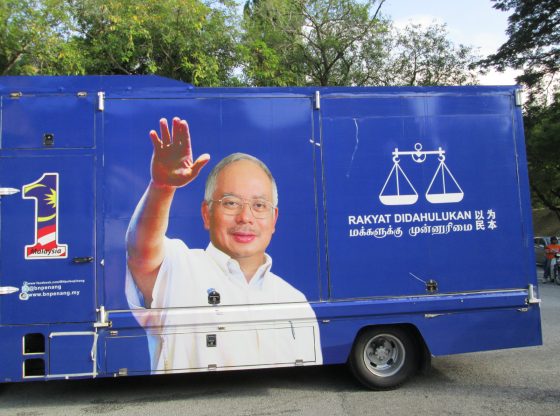 It is important to examine how political parties are financed, as this reveals who has the biggest influence on party decision-making. The questions of real concern are: does the money come with strings attached? Does this lead to political parties – and the governments they lead – compromising their political decisions and policy-making processes?

Until its fall in 2018, the National Front (Barisan Nasional) and its main component party, the United Malays National Organisation in Malaysia (UMNO), ruled Malaysia – hence it had a dominant party electoral authoritarian regime. Scholars had long documented how UMNO engaged in practices of widespread political patronage in the form of funding in exchange for business favours, which included access to contracts, speedy government approvals, and purchasing government land below its market value.

UMNO’s control over the economy via government-linked companies (GLCs) also allowed it access to public resources it could wield for political purposes. Ruling for more than 60 years since the country’s independence, the lines between party and state had become increasingly indistinct. The accumulation of such resources created a grossly uneven playing field for the opposition to compete against the ruling coalition.

The 1MDB (Malaysia’s sovereign wealth fund), for instance, was revealed to be a massive political financing vehicle in the 13th general election campaign. RM 2.6 billion was found in then Prime Minister Najib Razak’s personal bank account, which he claimed was a donation from Saudi Arabia. In Najib’s ongoing trial, the Malaysian Anti-Corruption Commission confirmed that RM 212 million of 1MDB funds had been transferred to his political party, UMNO.

Essentially, the large sums of money flowing between business and political parties is symptomatic of several conditions. First, although the Election Offences Act limits campaign expenditure for individuals contesting a parliamentary seat (RM 200,000) and a state seat (RM 100,000), there are no limits on how much a party can spend during an election. Second, there is no restriction on foreign funding.

And third, political parties are governed under the Societies Act 1960, and so although they are required to submit their audited financial statement to the Registrar of Societies, they do not have to reveal the sources of their donations. The lack of transparency and accountability surrounding political financing therefore lends credibility to suspicions about how money influences politics and policy.

Then in 2015, while embroiled in the 1MDB controversy, the government instigated a National Consultative Committee on Political Financing, which released its report in 2016. One proposal was for the enactment of a Political Donation and Expenditure Act, but no action was taken by the Barisan government to implement any of the report’s recommendations.

In the lead-up to the 14th general election in 2018, the opposition coalition Pakatan Harapan (Pakatan) released its election manifesto, which included a commitment to introduce a Political Finance Control Act which would adhere to various principles, including the state funding of parties according to a formula, identifiable sources of funding, audited accounts to be made available, a ban on political parties owning assets above RM 1 billion, and a ban on GLCs making political donations.

After coming into power in 2018, Prime Minister Mahathir Mohamed committed to tabling a new law on political financing. Following through on this, the government launched its National Anti-Corruption Plan (NACP) in January 2019, in which it commits to ‘introduce new legislation on governing political funding and to include an offence on lobbying’ by December 2020. However, at the time of writing, the National Centre for Governance, Integrity and Anti-Corruption – the government department in charge of drafting this legislation – has not yet sought consultation with civil society or members of parliament on the matter.

The future of political financing in Malaysia

In the past, opposition parties without access to such largesse resorted to raising funds through the different ad hoc ways possible: organising fundraising dinners, member contributions, and private donations. However, when the opposition Pakatan Rakyat (the previous iteration of the current Pakatan Harapan, which at the time included the Pan-Malaysian Islamic Party but did not include the yet-to-be formed Parti Pribumi Bersatu Malaysia) won over the rich, urbanised states of Selangor and Penang, this provided access to state-level resources for the first time.

Fees and allowances from political appointments – ranging from GLC directorships to elected and local council representation – were some of the ways party members could now contribute to financing their parties in a legitimate fashion. Newly in control of these rich states, the parties also had new opportunities to engage with business – another potential source of donations. Although this paled in comparison to the money available to UMNO, it nonetheless offered a platform from which to accumulate the resources necessary to face the incumbent party in the elections.

Pakatan has been in the federal government for over a year now, and to its credit, it has committed to a slew of institutional reforms. However, the institutional and legal framework that specifically governs the financing of elections and political parties has not changed. This means the new government is susceptible to the same influence from business. For example, residents are opposing a proposed development project within the vicinity of a popular park in urban Kuala Lumpur, the developers of which are connected to the Minister of Federal Territories (the ministry which oversees the administration of Kuala Lumpur).

Regulating and enforcing political financing is unpopular with many political parties as it impedes their flexibility in raising funds. Politics – and particularly elections – is an expensive business, after all. But parties ought ultimately to be accountable to their voters, not their financiers. At the very minimum, the law must ensure transparency of funding and the sources from which it flows. Failure to reform political financing puts Pakatan at risk of succumbing to the same political patronage that afflicted UMNO.

Tricia Yeoh is PhD Candidate at the University of Nottingham Malaysia and a Fellow at the Institute for Democracy and Economic Affairs (IDEAS) Malaysia.