Political consultants and the changing face of India’s election campaigns 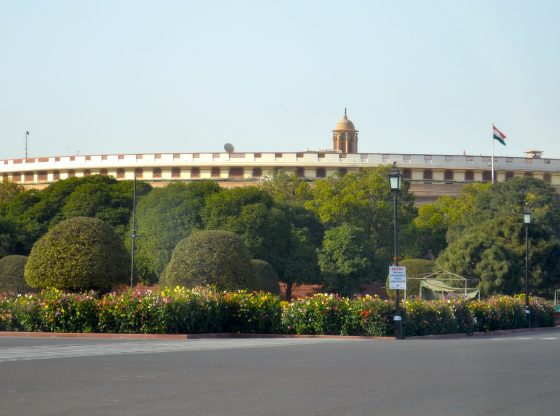 While there can be little doubt that the verdict from the 2019 elections to the Lok Sabha (India’s lower house of parliament) carries the personal imprint of Narendra Modi’s popularity writ large, among the handful of regional leaders who managed to withstand the Modi juggernaut, none were more successful than Y.S. Jagan Mohan Reddy in Andhra Pradesh.

Not only did Reddy’s YSR Congress manage to bag 22 out of 25 Lok Sabha seats in Andhra, it also swept the assembly elections winning 151 out of the 175 seats in the Vidhan Sabha (lower house of the state legislature). If Jagan Reddy has had reason to celebrate, the results have also brought much jubilation for Prashant Kishor and his political consulting firm Indian Political Action Committee (I-PAC) that spearheaded the campaign strategy for Reddy’s YSR Congress.

Prashant Kishor, one of India’s most successful political consultants, first gained prominence during the 2014 Lok Sabha elections through his association with the campaign for the Modi-led Bharatiya Janata Party (BJP). As one of Modi’s key strategists, during the 2014 elections Kishor was responsible for managing a group of young professionals who had come together under the banner of Citizens for Accountable Governance (CAG) for the purpose of endorsing Modi’s prime ministerial bid.

Together, Kishor and CAG were responsible for some of the most innovative features of Modi’s 2014 campaign, including Chai Pe Charcha and the 3D hologram rallies. Although CAG was disbanded soon after the election results were declared, in 2015 some of the former CAG members rebranded themselves in the new avatar of I-PAC under Kishor’s overall mentorship. Since then, I-PAC has been involved in managing election campaigns in Bihar, Uttar Pradesh, Punjab, Uttarakhand, Andhra Pradesh, and all the way to Tanzania!

While there were many political consultants actively operating in India before Kishor emerged on the horizon, 2014 nonetheless represents a significant turning point not only for Kishor personally, but also for the industry of political consulting as a whole. The relentless, and often uncritical, coverage of Kishor and CAG’s role in Modi’s campaign by the mainstream media allowed the profession of political consulting to gain considerable popularity in the public discourse. After working discreetly behind the scenes for many years, these consultants have emerged from the woodwork and staked a claim as legitimate actors in the domain of electoral politics.

Clem Whitaker and Leone Baxter are recognised as the world’s first political consultants who emerged in the United States in the 1930s. The clandestine nature of such firms makes it difficult to ascertain the exact moment of origin of this industry in India. One of the first political consulting firms to achieve public prominence was Viplav Communications Pvt Ltd. launched by Pallav Pandey, a graduate from the Indian Institute of Technology-Kanpur (IIT-K).

In the 2009 Odisha assembly elections, Viplav Communications’ services were also hired by Naveen Patnaik’s party, the Biju Janata Dal (BJD). Reportedly, it was on the basis of the strategic input provided by Pandey and his team that Naveen Patnaik decided to break off his electoral alliance with the BJP and contest the elections independently. The gamble eventually paid off, with BJD sweeping 103 out of the 147 seats in the legislative assembly.

Despite its recent provenance, by the time of the 2014 Indian general elections, the political consulting industry in India had grown to be one with a value of US$40–47 million, and there were an estimated 150 firms actively operating in India. These firms offered a wide range of services such as voter profiling, media management and opinion polling, etc. and they could charge nearly US$300,000 per constituency that they were working in. By the time of the 2019 general elections, we can easily assume these figures to have doubled.

Conventional wisdom and academic scholarship on Indian politics suggest that most voters cast their vote in favour of political parties, and not based on a consideration of the individual candidates. Interestingly, however, the services of political consultants continue to be demanded overwhelmingly by individual candidates in their respective constituencies. But if the electoral fortunes of candidates remain largely dependent on the popularity of their party, why do candidates invest in the services of political consultants at all?

Second, the increased demand for political consultants at the candidate level can also be explained by the increasingly deep pockets of the average candidate contesting elections in India. Scholars have noted that political parties in India increasingly distribute tickets on the basis of a candidate’s ability to self-finance their campaign expenditure. Given the massive wealth at the disposal of many candidates, hiring a political consultant to manage the election campaign is unlikely to pose an insurmountable cost for them. On the contrary, it may even produce greater efficiency in the use of financial resources, given the more professional modus operandi of these consultants.

Third, while citizens may ultimately cast their vote in the name of a party (and not the candidate), candidates still have to undertake considerable campaign activities on behalf of the party in their constituencies. However, most political parties in India continue to be weakly institutionalised and often have a defunct party machinery at the local level. In the absence of party workers who could be relied upon for accurate information or to undertake campaign activity on the ground, a candidate may choose to depend upon political consultants to top up the organisational efforts of the party workers.

According to media reports, Mamata Banerjee has sought the assistance of Kishor and I-PAC to strengthen the position of Trinamool Congress in West Bengal. While no official confirmation has been released by either side, I-PAC has already circulated job adverts for employees looking to be part of its core team in West Bengal. It is clear that India’s political consultants are fast becoming a permanent feature of the country’s election campaigns. The growing popularity of political consultants in India carries many interesting implications that scholars of Indian politics are only just beginning to wake up to.

Amogh Dhar Sharma is a doctoral candidate at the University of Oxford. His on-going research explores the ‘professionalisation’ of politics in India and the changing nature of election campaigns in the subcontinent. He tweets @AmoghDS

The role of money in Southeast Asian politics
Wounds that fester: Histories of Chinese Islamophobia