Religions: Restrictions and reality in China 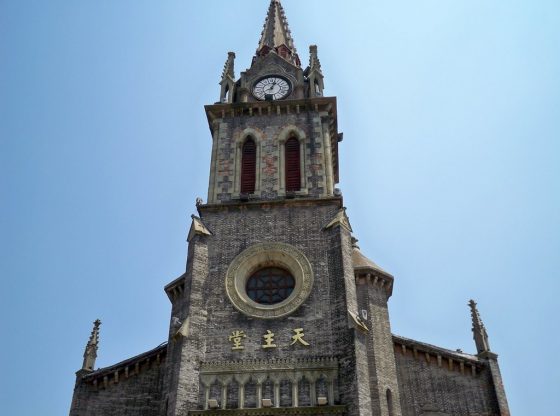 All recognised religions in China, according to Chinese President Xi Jinping, should become more ‘Chinese’ in character

All religions are expected to be faithful to China, with special scrutiny given to the ‘foreign’ religions of Christianity and Islam. According to Wang Zuoan, Director of the State Administration for Religious Affairs, the government remains in charge on religious matters. ‘There is no affiliate relationship between our country’s religions and foreign religions. Our country’s religious groups and religious matters do not accept domination by foreign forces’, he said.

All recognised religions in China, according to Chinese President Xi Jinping, should become more ‘Chinese’ in character. The ‘Sinicisation of religion’ was included in Xi’s report to the party congress in late 2017 and is similarly included in the following two government work reports for 2018 and 2019.

This stance reflects not only a negative reaction to foreign influence on China via religion, but also a positive nod that ‘Chinese’ religions aid the social cohesion that Xi Jinping needs both domestically and internationally. Even with half of all Buddhists living in China, many Chinese engage in Buddhist practices without considering themselves part of any organised religion.

On the domestic front, Longquan – an ancient temple in northeast China – is managed by highly educated monks (including nuclear physicists, math geniuses and computer programmers) who spread Chinese Buddhism digitally. Daoism too is undergoing a domestic revival, although with fewer international implications.

Buddhism is a foreign policy tool as well, and the Chinese government spends millions of dollars in other Buddhist-dominant countries to link their Buddhist heritage. For instance, China funded the archaeological excavation of a 1,000-year-old Buddhist site in Bangladesh, built the Lotus Sutra tower in the capital of Sri Lanka, and expanded the small Nepali town of Lumbini where Buddha was born into ‘the premier place of pilgrimage for Buddhists from around the world‘.

This emphasis on China’s ‘traditional cultures’ of Buddhism and Daoism has arisen in part to curb China’s ‘moral decline’, and in part to support China’s regional leadership. The emphasis on ‘foreign’ religions, meanwhile, comes about partly because the Xi Jinping administration is wary of foreign influence arising from Christianity in the West and Islam in the Middle East and Central Asia. Thus, China strengthens the restrictions on ‘foreign’ religious activities and insists that religions should follow society; first in 2015, then in 2017, and again in 2018.

There is a constant drum beat regarding Christianity in China. After the nearly seven decade divide between the Vatican and China, Pope Francis agreed in 2018 to recognise bishops that China had appointed, and to jointly select bishops thereafter to overcome the schism of Catholicism in China. Nonetheless, the Catholic split in China is not over, because the Vatican’s agreement also ‘respects the choice’ of Catholic priests who refuse to register with the government – and some are indeed refusing to do so.

The difficulties for Protestant religions in China, meanwhile, involve a historic problem and a difficulty with ‘house churches’, a name for churches that avoid government rules. Historically, according to Xu Xiaohong, the head of the state-approved bureau for Protestant churches, ‘Christianity was spread widely to China along with the colonial invasion of Western powers, and was therefore called a “foreign religion” ’. Furthermore, Xu hailed the Boxer Rebellion of 1900 and the anti-Christian movement of 1922–27 as examples of dealing with problematic ‘foreign’ Protestant movements. In 2018–19, prominent Protestant ‘house churches’ – including the Zion Church in Beijing and the Early Rain Covenant Church – were forced to close.

While the West often worries about the fate of Christianity in China, it is Islam which is under the greatest pressure to become ‘Chinese in orientation’. According to the US Congressional-Executive Commission on China 2018 Annual Report, the head of the China Islamic Association, the patriotic religious association for Chinese Muslims, stressed that ‘Islam in China must uphold the successful experience of becoming more Chinese’.

Ongoing policies include measures requiring Islamic leaders to demonstrate their political reliability as part of the government’s programme to successfully co-opt Islam into Chinese culture. An official media outlet reported in August 2018 that the hajj is not only a religious duty for Chinese Muslims, but also an opportunity to present a positive image of Chinese Muslims to the world. In May 2018, the Chinese Islamic Association applauded the entry of traditional Chinese culture into the mosque.

Islam, which has been established in China for many centuries, has had a complicated relationship – sometimes close and sometimes at odds – with the Chinese government. For instance, the Muslim scholar Liu Zhi wrote a synthesis of Islam with ‘Chinese’ religion two centuries ago, identifying Muhammad as a sage. In the nineteenth and twentieth centuries, however, Imam Hu Songshan was disrespected and humiliated on hajj, not because he was Muslim, but because he was Chinese.

The twenty-first-century pull on Islam is to resist pressure from the ‘foreign’ fundamentalist Wahhabi movement and younger Chinese Muslim reformists who use cyberspace to spread Wahhabi teachings and to criticise traditional Chinese Islam. Consequently, there is a strong resonance between Islam with ‘Chinese characteristics’ in 2019, the nineteenth/twentieth Century of Humiliation, and the eighteenth-century synthesis of Islam with ‘Chinese’ religion.

The Chinese government’s response to the resurgence of religion in China is to apply a uniquely Chinese solution: bolster Buddhism; tolerate Daoism; inhibit Christianity; resurrect traditional Chinese Islam. China’s stronger standing in the world, growing pride in its national achievements, and sensitivity towards outside ideological influences leaves many Chinese citizens open to the current Chinese push to praise Chinese religions and look with scepticism on ‘foreign’ ones.

This attempt to mould and co-opt religion to give it a national character is anathema to the liberal democratic concept of religious freedom, but it may work in China where it meets with little popular resistance.

Elizabeth Van Wie Davis is a Professor of Liberal Arts and International Studies at the Colorado School of Mines, USA. Her most recent book is Ruling, Resources and Religion in China: Managing the Multiethnic State in the 21st Century.