The role of money in Southeast Asian politics 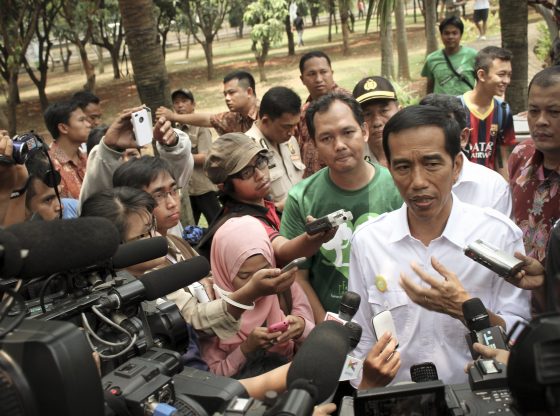 Parties and candidates in many Southeast Asian countries need enormous amounts of money to function. Especially within competitive authoritarian and democratic electoral systems, where there is a general tendency to inflate expenses.

Sources of income for parties and candidates include (usually low) public subsidies and indirect public funding, indigenous and foreign private donations by individuals or corporations, sometimes (low) membership fees, and commercial profits. The commercialisation of party politics in combination with inefficient political financing regimes has increased the dependency of parties and candidates on business oligarchs.

Sometimes popular or populist leaders may win presidential elections even though they have less money than their opponents. Nonetheless, they still need the backing of oligarchs in order to shoulder the campaign costs

In Indonesia, the so-called professionalisation of campaigning has resulted in sky-rocketing costs. In the first democratic elections in 1955, surveys were unknown and television did not play a role. Door-to-door campaigning and rallies organised by committed party followers were at the centre of voter mobilisation.

Nowadays, there is a clear trend of commercialisation in comparison with the 1950s, especially since the country’s re-democratisation in 1998. Political parties spend most of their budget on media advertisements, spin doctors, surveys etc. The introduction of direct elections in 2004/2005 at all levels raised electoral costs immensely. Candidates often pay party leaders a mahar politik or ‘political dowry’ for their nomination. A gubernatorial candidate disburses a few million US$ in electioneering.

Presidential campaigns in Indonesia are, unsurprisingly, even more expensive. In the last parliamentary elections, distribution of patronage was a central campaign strategy by the candidates. Vote buying was widespread and had clearly increased in comparison with polls in the late 1990s and early 2000s.

Once elected, legislators can intervene in tendering processes, they have an impact on budget decisions, and in some cases they may use funds to deliver pork-barrel projects to voters in their constituencies. They may utilise welfare programmes, development funds and government contracts to build clientelist networks. Today, the majority of Indonesian Members of Parliament (MPs) are entrepreneurs or managers.

There has also been a sharp increase in vote buying. Although the role of parties is less important today than 10 or 15 years ago, candidates backed by the party machinery and/or powerful tim sukses (success teams) have a great advantage. In Indonesia, tycoon-politicians have taken over various political parties, and some of these oligarchs are also big players in the media industry.

In the Philippines, meanwhile, private entrepreneurs (often the big land-owners in the 1950s) have always been the dominant party stalwarts and hence have been able to subordinate the administrative apparatus to their purposes. For a long time, therefore, scholars working on the Philippines have stressed the significance of landed interests and patron-client relations and of ‘bossism’ in electoral politics. In the Philippines (and increasingly in Indonesia), many political parties are merely vehicles for the designated presidential candidates, financed by them or their rich supporters.

The costs of campaigning in Thailand began to soar from the late 1970s and early 1980s onwards. They have continued to rise steadily since then because entrepreneurs saw politics as a means to improve business opportunities and hence began to ‘invest’ huge amounts of money in gaining public positions. Within the parties, these businesspeople acted as ‘godfathers’ who formed factions together with their followers and employed regional networks to canvass votes.

For example, former Prime Minister, media mogul and billionaire, Thaksin Shinawatra, who built his own ‘business firm party’ Thai Rak Thai (‘Thais Love Thais’), encouraged managers from his own companies to work for his party. Through this mechanism he paid ‘his’ MPs additional salaries.

In cases such as these there is little difference between the financiers and the parties. Like Silvio Berlusconi in Italy, in Thailand Thaksin used his wealth and his TV and radio stations to ‘sell’ his political party and its product in vague terms but with the promise of renewing the country. The party organisation was top-heavy: the leader reigned like the owner of a business conglomerate, and marketing and advertising were professionalised. There was a monopoly over party financing, and Thaksin was even able to ‘buy’ other parties or their factions in order to establish a large majority in parliament.

In authoritarian electoral systems such as Malaysia (until 2018) and Singapore, the patterns of party and candidate financing are very different. In Singapore, the government led by the People’s Action Party (PAP) has been able to maintain very low expenses against an emaciated opposition. Although Singapore has the highest per capita income in Southeast Asia, only S$ 5.3 million were expended in the 2015 elections, representing S$ 2.16 per voter by the PAP and 73 cents per voter by all the opposition parties combined. Here, the authoritarian government is interested in reducing competition and restricting campaigning. The fight against corruption is effectively implemented as part of a state-led developmental strategy.

In Malaysia, in contrast, party financing got out of control. The United Malays National Organisation (UMNO) that ruled the country until 2018 was for a long time a party of teachers and bureaucrats which morphed into a vehicle for businesspeople (or politicians-cum-entrepreneurs) in the 1970s and 1980s. In the 2000s, the UMNO-led National Front coalition was forced to spend more and more money in order to stave off an invigorated opposition coalition. The need to fill the party coffers, partly in order to maintain the machinery of patronage, contributed to the party’s decline.

The Prime Minister at the time, Najib Razak, received almost US$ 700 million into his personal bank account, which was possibly skimmed from the state investment firm 1Malaysia Development Berhad (1MDB). When newspapers started to report on this, Najib muzzled media outlets, interfered in the investigations, and spoke of a ‘personal donation’ from a member of the Saudi Arabian royal family. Today, UMNO seems to be cash-strapped and party luminaries even talk about the need for crowdfunding.

Sometimes popular (e.g. Joko Widodo – ‘Jokowi’ – in Indonesia) or populist (e.g. Rodrigo Duterte in the Philippines) leaders may win presidential elections even though they have less money than their opponents. Nonetheless, they still need the backing of oligarchs in order to shoulder the campaign costs.

There have been some attempts to strengthen parties with the help of state subsidies, particularly in Indonesia and Thailand, while in Malaysia discussions about the electoral system and party financing are ongoing.

Campaigning is also increasingly being organised via social media. This may be of benefit to candidates with less money, but the online activities of the notorious ‘Dutertards’ in the Philippines as well as the unprecedented polarisation between the ‘tadpoles’ (cebong – supporters of Jokowi) and the ‘small bats’ (kampret – supporters of his rival Prabowo) in Indonesia raise suspicions.

Andreas Ufen is an Adjunct Professor at the University of Hamburg and a Senior Research Fellow at the GIGA Institute of Asian Studies in Hamburg, Germany. His main interests are democratisation, political Islam, political parties and elections in Southeast Asia.

Religions: Restrictions and reality in China
Political consultants and the changing face of India’s election campaigns