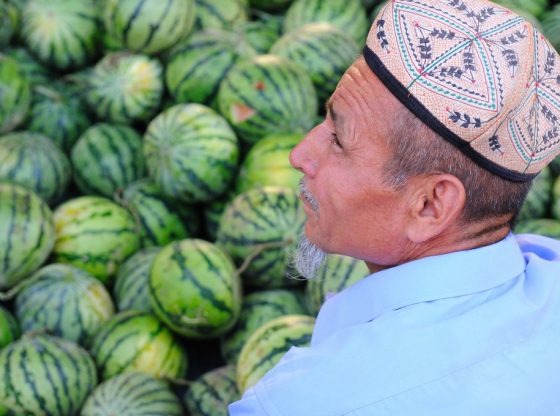 Sometime in March 2019 the Baike Baidu page about the Great Northwestern Muslim Rebellion (陕甘回民起义), c.1862–1874, vanished. The topic has never been a comfortable one in China, but even for the heavy-handed architects of China’s Great Firewall, this was a blunt intervention into history. For a facile comparison, this is a little as if Wikipedia had abruptly deleted their introduction to the American Civil War.

The Great Northwestern Muslim Rebellion was complex, messy and extremely violent. It began with a series of local feuds that mostly were not about religion but which escalated when Qing officials took the side of Han disputants against the Muslims and garrisons across the two provinces mutinied, producing a domino effect. Rumour, banditry and socioeconomic distress did the rest: by the end of the rebellion, the populations of Shaanxi and Gansu had fallen by half, with millions dead or having fled to make new lives elsewhere.

Despite being described as a rebellion, there is limited evidence that any of the various leaders intended to overthrow the Qing rulers. The rebellion was in truth a patchwork of different, highly local conflicts, where in each case the Hui participants came to be viewed as the rebels.

The Chinese government’s new white paper, ‘Historical Matters Concerning Xinjiang’, concludes with a stern reminder that writing correct history is essential for the health and development of the nation

The rebellion is a grim moment in Chinese history that left scars both physical and psychological. Bloody massacres were carried out by Muslim as well as non-Muslim forces, leaving a legacy of deep mistrust between former neighbours. Hui Muslims who fled from Shaanxi were not permitted to return after the rebellion and were resettled onto poor lands in Ningxia and Gansu.

Although the Qing commanders stopped short of ever quite condemning Islam unilaterally, attempts were made after the rebellion to reform and educate Muslims. However, many of the authors of the histories written in the immediate wake of the calamity were not so careful in their distinctions: they tallied up the Qing dead and produced catalogues of Muslim violence. The ‘Supplementary Gazetteer to Didao Prefecture’ (狄道州續志), a late Qing gazetteer that forms part of this postbellum literary reckoning, went so far as to resurrect the use of the dog radical for the character ‘Hui’.

How then to deal with such a divisive history? Published last week, the Chinese government’s new white paper, ‘Historical Matters Concerning Xinjiang’ concludes with a stern reminder that writing correct history is essential for the health and development of the nation.

The approach to history in China is never neutral. Historians writing in the 1950s and 60s in the People’s Republic of China (PRC) concluded that the Great Northwestern Muslim Rebellion was ‘righteous’. It was part of the struggle of the Chinese masses for freedom from imperial oppression, and the communal violence was a result of Qing policies of divide and rule that eroded the natural unity of the Han and the Hui.

The topic remained a sensitive one, however: righteousness was too flimsy a concept, perhaps, in the wake of so many dead, even a century later. Resentments lived on in the memories of Hui eking out a living in the bad lands, and the mouths of mothers who shushed their children by telling them the Muslims were coming. High-school curricula glossed over the events, if they mentioned them at all.

Perhaps the aim was to let sleeping dogs lie. To a certain extent, it worked. Indeed, many in China today have never heard of the rebellion and know little either of the Hui or Islam. That very absence, however, has played into the hands of contemporary Chinese Islamophobes (穆黑), active on Weibo.

With few competing interpretations available, a very vocal minority has sought to portray the Great Northwestern Muslim Rebellion as a forgotten terror, a time when the Hui took up arms in a jihad designed to exterminate the Han. In their writings, the history of the rebellion is employed to indigenise wider international discourses of post-9/11 Islamophobia, swirled into a toxic mix wherein nineteenth-century Gansu Sufis rub shoulders with ISIS gunmen.

Accounts of the rebellion act as a dog-whistle to their readers, a spur to remind them of the perceived dangers of a Muslim minority and a call to action against ‘creeping Islamification’ (清真泛化). The articles gain their power precisely by claiming that this is a history that has been deliberately hidden from the Han masses, presumably either by the agency of shadowy Muslim powers or the government in its promotion of a flawed narrative of ethnic harmony.

The most sophisticated project in this vein that I have encountered to date, which proclaims itself as dedicated to ‘rescuing’ the history of the Shaan-Gan rebellions, is not just producing writing about the rebellions but is also crowd-funding the re-publication of selected histories from the postbellum period. Comparatively small in reach and recently less active, this organisation’s Weibo page has nonetheless been viewed some 13 million times to date.

As the above might suggest, this strand of Islamophobia walks a fine line in terms of Chinese censorship. It offers implicit support for China’s ongoing ‘anti-terrorism’ campaigns, which have resulted in the detention of approximately one million Uyghurs in ‘re-education camps’ since around March 2017, as well as the effective banning of all Islamic religious activity in the Xinjiang Autonomous Region. The Hui have also faced increased scrutiny of their religious affairs and are under pressure to ‘deepen the Sinicisation’ of Islam in China.

However, such writings also suggest a critique of past government policy and, often, an unabashed Han nationalism that goes against the Chinese Communist Party’s (CCP) rhetoric regarding China’s multi-ethnic nature. The more virulently Islamophobic articles published about the Great Northwestern Muslim Rebellion are periodically scrubbed from the Chinese web, and their authors dance a long-form game of tag with the censors. Nevertheless, in the wake of the deletion of the Baike Baidu article, it is still far easier to find such articles online than any alternative account of the rebellion.

The drive to rediscover and highlight the Great Northwestern Muslim Rebellion stems from a very contemporary form of Islamophobia. It is effective precisely because the rebellion left such deep rifts and because there has never been a full and frank reckoning of what the rebellion actually signified. Almost every mention of the rebellion, under its various names, are currently being deleted from the Chinese internet: as of 24 July 2019, searches on Baidu return just a handful of results.

Gone, but not forgotten.

Hannah Theaker is a Junior Research Fellow in Oriental Studies at St Anne’s College, Oxford. She is currently working on a monograph exploring social, religious and political transformation in Shaanxi and Gansu following the Great Northwestern Muslim Rebellion.