The religious landscape of China in the twenty-first century 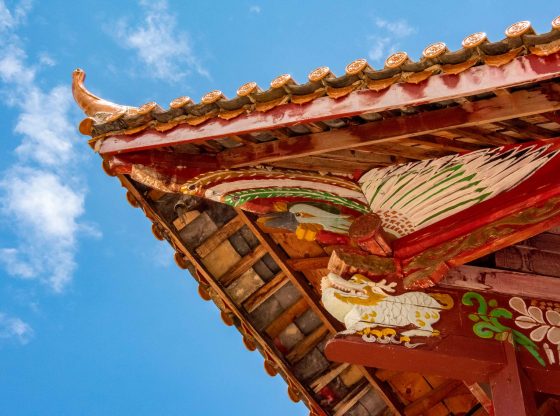 Religious diversity in China is very broad. Not only are there the traditional eastern religions of Buddhism and Daoism (Taoism) that have been around in China for about two millennia, there are also Islam and Christianity, which have been in China for many centuries, as well as numerous folk religions and new religions, and different belief systems that may or may not be regarded as religions by the Chinese, such as Confucianism and atheism.

In order to gain an overview of the religious landscape in contemporary China under Communist rule, I have developed a theory of three markets (or spheres or zones) of religious activity – the red, the black and the grey – which correspond to whether particular religious groups, individuals and activities are considered legal (red), illegal (black), or are legally ambiguous (grey).

As well as the religious venues that are approved by the Chinese authorities, many temples, churches and mosques are not approved but nevertheless operate in a grey religious zone

I recently led a research team to map out the religious landscape in China according to this system, creating an Atlas of Religion in China. This Atlas draws on all the different types of data available to scholars: China’s population census, the economic census of legally approved religious sites (including 72,887 churches, temples and mosques), social survey data of individuals, and historical studies of religious groups in various provinces.

In the red market of religious activity can be found the temples, churches and mosques associated with the so-called ‘patriotic’ associations of the five major religions of Buddhism, Daoism, Islam, Catholicism and Protestantism. Here, ‘patriotic’ means sanctioned by the Chinese Communist party-state. As well as the religious venues that are approved by the Chinese authorities, many temples, churches and mosques are not approved but nevertheless operate in a grey religious zone.

There are also Confucian temples, and the cult worship of a deified Mao Zedong (the former Chinese Communist Party leader), as well as folk religious beliefs and practices. These are not religions per se according to the official definition of religion, but obviously they have some religious dimension and satisfy certain religious needs of some people.

In addition, there are about 20 new religions that operate in the black religious market – the Chinese authorities have officially banned them, but nonetheless they persist in China, and some have even become globalised, such as Falun Gong and the Church of Almighty God.

All religions in China are minority religions in respect to the ruling Chinese Communist Party (CCP) that upholds an official ideology of atheism. This atheism serves as the basis for the party-state policy that imposes many restrictions on religion, even though the Constitution of the People’s Republic of China (PRC) includes an article about ‘freedom of religious belief’. Within such a social and political context, the majority of Chinese citizens do not belong to any religion or claim a religious identity, even though, as a survey shows, 85 per cent of the Chinese population would admit to holding some religious or spiritual beliefs or engaging in some kind of religious or spiritual practices.

Focusing on the provincial level, Buddhism is predominant in the south, from Xizang (Tibet) in the southwest to Fujian in the southeast, including Yunnan, Sichuan, Guizhou, Hunan, Hubei, Jiangxi, Zhejiang, Fujian and Guangdong. In Guangxi and Hainan provinces, Protestant churches are the most numerous, and Protestantism is predominant in central, eastern, northern and northeastern areas, including Jiangsu, Anhui, Henan, Shandong, Shaanxi, Neimenggu (Inner Mongolia), Liaoning, Jilin and Heilongjiang. In Shanxi, Daoist temples predominate, while Hebei has more Catholic churches than other religious sites. Islam is the predominant religion in the northwestern provinces of Xinjiang, Qinghai, Gansu and Ningxia.

To visualise the complex religious landscape of China, our Centre on Religion and Chinese Society has recently developed the Online Spiritual Atlas of China. The user can explore the predominant religion at various administrative levels (county, prefecture or province) by clicking on a particular province (or prefecture or county) to see the numbers of temples, churches and mosques in that location or to find the location of religious sites specific to each of the five religions. In addition, there are visual essays and in-depth studies of certain congregations and communities. More features are gradually being added.

The study of religion in China has been limited by the lack of empirical data, and this is due to practical as well as political restrictions. While these atlases may have maximised how the currently available data can be used, they provide only rough contours of the religious landscape in China today. Many more religious sites actually exist than are shown, but they are not yet included in the data.

The Online Spiritual Atlas of China can be used as a platform both for teaching and research. Interested students and researchers can explore various aspects of the different religions and regions and contribute their own knowledge of specific religious sites by inputting the information online. Through concerted efforts over time, we hope to see richer information and improved precision.

China has been on a fast track of economic and social change over the last four decades. The Chinese economy has been continuously growing and it has become the second largest in the world in terms of total GDP. According to the World Bank, about 850 million people have been lifted out of extreme poverty. Rapid urbanisation has created 74 cities in China with a population of over one million. All forms of transportation and communication have substantially improved, with high-speed rails and highways extended throughout China and over 800 million people actively using the internet.

These and other social changes have fuelled a spiritual awakening and religious revival, and many religions have grown in China over recent decades as a result. This goes against the perceived global trend of religious decline amid processes of modernisation.

On the other hand, however, the Chinese Communist Party has retained an iron grip on China’s politics and has not moved toward democratisation or increased freedoms. In fact, the CCP’s religious policy has become even tighter in recent years, so that many religious groups and individuals now experience increased restrictions in their religious activities.

In short, along with all the social, economic and political changes that have taken place in China since the early twentieth century, the country’s religious landscape has also changed significantly. More scholarly research is now necessary in order to understand the nature and scale of these religious changes, which could have a profound impact on China’s politics, economy and society as well as globalisation in the future.

Fenggang Yang is a Professor of Sociology and the founding Director of the Center on Religion and Chinese Society at Purdue University, West Lafayette, Indiana. His newly published book is the Atlas of Religion in China: Social and Geographical Contexts.