China and the Mekong states: Divergent responses to Chinese initiatives 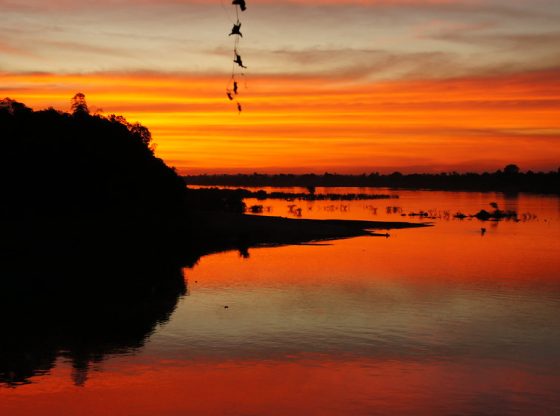 Image Credit: Sunset over the Mekong by Matt Wakeman/Flickr; Licence: CC BY 2.0.

In June 2018, the Ayeyawady-Chao Phraya-Mekong Economic Cooperation Strategy (ACMECS) held its eighth summit in Bangkok. ACMECS countries include Cambodia, Laos, Myanmar, Vietnam and Thailand. Initially an initiative of former Thai Prime Minister Thaksin Shinawatra in 2003, there were few indications that the Thai government under Prime Minister General Prayut Chan o-cha had any interest in reviving AMECS until the eighth summit.

At the summit, Prayut launched the ACMECS Master Plan 2019–2023 and proposed the establishment of a fund for new projects under the scheme. The Master Plan is an ambitious programme that includes initiatives on infrastructure and transportation, digital infrastructure, energy networks, harmonisation of trade and investment rules, financial cooperation and human resource development.

The Mekong sub-region has become a crowded arena in the past two decades. There are 13 major inter-governmental cooperation frameworks active in the sub-region. These frameworks involve several major external powers, specifically Japan, South Korea, India, the United States and China, all of which have established their presence in the area. Commonly regarded as China’s traditional backyard, the Mekong sub-region has seen increased major power competition in recent years, and the jostling will intensify in the future.

Chinese inroads are probably the most high-profile and hotly debated. In 2015, China established the Lancang-Mekong Cooperation (LMC) forum, which includes all six riparian states. The LMC is closely tied to China’s Belt and Road Initiative (BRI), as the projects in the Mekong sub-region are placed under it. Hence the LMC is viewed by some countries and pundits as a vehicle for Chinese dominance. China has also had a military patrol presence along the Mekong since 2011.

The five Mekong states have reacted to the presence of major external powers in a variety of ways. In particular, reactions to Chinese inroads have been diverse. Thailand, Vietnam and Myanmar are wary of Chinese intentions, while Cambodia and Laos appear quite comfortable with China’s presence. The five countries have also met with varying degrees of success in engaging other major powers to limit China’s influence.

The Thai government’s revitalisation of the ACMECS is likely aimed at reasserting Thai leadership in the crowded Mekong sub-region, and to balance between the major external powers. Thailand has courted investment from Japan in particular to build the East-West Economic Corridor, and it has also actively sought greater American involvement in Mekong projects, probably to act as a counter-weight to China.

The significant Chinese presence in Thailand has also caused significant rumblings in Thai society. Tourists from China represent the largest tourist market, comprising about one-third of all visitors to Thailand. However, the ‘zero-dollar tours’ associated with Chinese tourists are seen as damaging to the Thai tourist industry.

Vietnam, with its acrimonious history and ongoing territorial disputes with China, deeply distrusts the Chinese. It is the lowest riparian state on the Mekong River and suffers most from the environmental impact of the dams built along the upper reaches of the Mekong. China’s increasingly assertive activities in the Spratly Islands in the South China Sea have pushed Vietnam closer to the United States.

Vietnam is seeking closer ties with Japan and India – countries seen as rivals to China – and Vietnamese public opinion and nationalism also strain the country’s ties with China. In mid-2018, one of the worst anti-Chinese protests broke out over the Vietnamese government’s decision to award 99-year concessions to foreign investors, which many regarded as selling Vietnamese sovereignty to Chinese companies.

Myanmar, once regarded as a staunch Chinese ally, also seeks to balance against Chinese influence. In 2011, the Myanmar government stopped the construction of the Chinese-financed Myitsone Dam when large protests erupted. The government in Myanmar faces a dilemma, as China continues to be its most important trading partner and source of foreign investment despite its political and economic opening up.

The two countries recently concluded a deal to build a deep-sea port in Kyaukpyu on Myanmar’s western coast in the Bay of Bengal, along with an agreement for a China-Myanmar Economic Corridor. Fears of Chinese domination, however, have since led to a more even-handed approach. Myanmar has therefore stepped up its ties with India, with India offering a series of connectivity projects, including the India-Myanmar-Thailand Highway.

Cambodia and Laos, hungry for foreign capital, have both embraced Chinese initiatives in the Mekong sub-region. Cambodia hosted the second LMC summit in 2017. It has embraced this role with enthusiasm, believing that as co-founder and co-chair it can help shape the agenda of the LMC.

Hence Cambodia has refrained from openly criticising Chinese dam-building activities on the upper Mekong, even when the Tonle Sap Lake, which provides a vital lifeline for Cambodians, suffers. At times, Cambodia has sided with China at the expense of its ties with other ASEAN countries. In 2012, for example, when Cambodia held the chair of ASEAN, that organisation failed to issue a joint communiqué for the first time due to disagreements over mention of the South China Sea dispute.

Cambodia’s close ties with China have deep historical roots, since China launched a punitive expedition against Vietnam in 1979 when the latter invaded Cambodia. Cambodia also leverages its close ties with China to manage its border disputes with Thailand and Vietnam. However, while the Cambodian leadership is close to the Chinese leadership, grassroots sentiment towards China is turning sour, not least because of Chinese organised crime and gambling operations in Sihanoukville.

Laos sees Chinese investment as essential for its plans to transform from a land-locked to a land-linked country. Critical to these plans is the China-Laos railway, which is intended to form part of a planned pan-Asia railway stretching from Kunming in Yunnan province all the way to Singapore. As an upper riparian state on the Mekong River, Laos has taken advantage of its mountainous terrain to build a significant number of dams, including the controversial Xayaburi Dam. In this, Lao and Chinese interests are aligned. Like Cambodia, without alternative sources of investment and capital, Laos is economically dependent on China.

The divergent responses from the Mekong states suggest that the prospect of the sub-region presenting a cohesive platform in terms of balancing the major players and offsetting Chinese influence is remote. Nonetheless, if it is to remain the chief architect of regionalism and multilateralism in Southeast Asia, then it is more vital than ever that ASEAN as a whole should present a common front in facing these challenges.

Selina Ho is an Assistant Professor and Chair of the Master in International Affairs Programme at the Lee Kuan Yew School of Public Policy, National University of Singapore. She is the author of Thirsty Cities: Social Contracts and Public Goods Provision in China and India (Cambridge University Press, 2019) as well as several journal articles on the Mekong, the Brahmaputra, and the Ili and Irtysh rivers.

The religious landscape of China in the twenty-first century
E-commerce: The way forward for engagement between ASEAN and China?