E-commerce: The way forward for engagement between ASEAN and China? 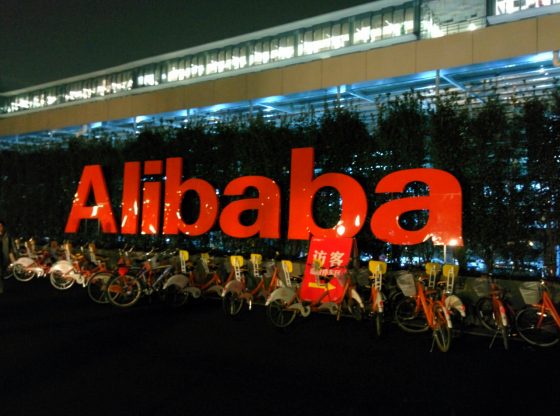 It would seem that trade via cross-border e-commerce is the next frontier for engagement between the Association of Southeast Asian Nations (ASEAN) (namely, Malaysia, Singapore, Thailand, Indonesia, Philippines, Vietnam, Cambodia, Brunei, Myanmar and Laos) and China. China is now a world leader in e-commerce and is aggressively promoting the digital economy to invigorate its own economic slowdown.

Recognising the evolving potential of the region’s digital economy, three Chinese e-commerce giants – Alibaba Group Holding Ltd, Tencent and JD.com – have strategically positioned themselves in the region through acquisitions, mergers and investments.  Alibaba has taken over Lazada Group, one of the biggest e-commerce platforms in ASEAN, invested in Tokopedia in Indonesia and established a logistics hub in Malaysia. Tencent is now the largest shareholder of SEA.com and Shopee. Likewise, JD.com established JD Central, a joint venture company together with Thai Central Group Co Ltd, and also invested in Tiki.

Since e-commerce is set to grow not only across ASEAN but also globally, the region cannot afford to depend solely on China to take its infant sector forward

Such partnerships and collaborations with China as well as Chinese investment have certainly paid off, since they have resulted in increased levels of online traffic for the top three e-commerce platforms in the region: Lazada, Tokopedia and Shopee. Arguably, investment from China, including the know-how and experience of Chinese companies, has fast-tracked the development of e-commerce across the region. In turn, e-commerce entrepreneurs in ASEAN are hoping to increase exports to China and hence are using the Alibaba (and the Commodities Global Trade Sdn Bhd) platform to gain further market access beyond ASEAN.

It is important to recognise here that there are also single-market local players in the region’s digital economy landscape, which have different priorities. These include Tokopedia, Bukalapak and Blibli in Indonesia, and Thegioididong and Tiki in Vietnam, among others, and all of them are seeking to develop their digital potential by expanding their businesses in their own domestic markets. E-commerce therefore provides the necessary boost for trade between ASEAN and China, over and above domestic trade.

Meanwhile, the Chinese players continue to step up their game to consolidate their position and dominance in ASEAN, and many in the region worry that these large Chinese rivals will utilise the benefits of their home-grown economies of scale to invest in innovation, potentially enabling them to out-compete their ASEAN rivals and local start-ups. Alibaba, for example, is already considered unrivalled for its ecosystem beyond commerce.

Apart from their potential to block new entrants into the regional market-place, there is also speculation that those Chinese giants which have already (partially or fully) acquired major local e-commerce platforms will end up favouring their own suppliers over local ones, and larger partners over smaller ones.

In addition, ASEAN businesses that operate online via social media to engage with customers have expressed concern over problems connecting with China due to its Firewall and internet censorship vis-à-vis Google, YouTube, Facebook and Instagram. Another concern, albeit one which is highlighted less in ASEAN than in the West, is China’s 2017 Cybersecurity Law. This law goes beyond the purported objective of enhancing cybersecurity, as it restricts cross-border transfers of information, imposes data localisation requirements on companies, and involves data surveillance by the Chinese authorities.

All these tailwinds and headwinds in the e-commerce skies in ASEAN suggest that some digital players will inevitably gain a larger share of the economic pie than others. Since e-commerce is set to grow not only across ASEAN but also globally, the region cannot afford to depend solely on China to take its infant sector forward.

In order to unlock its e-commerce potential and develop the e-commerce sector, ASEAN needs to move forward on a regional basis to ensure it is both balanced (in terms of extra- and intra-regional trade) and inclusive (including export-ready companies and local start-ups). Inclusivity also entails the active participation of small and medium-sized enterprises (SMEs) and women entrepreneurs working in e-commerce.

Towards this end, the ASEAN region needs to pursue a higher degree of connectivity to establish its own networks, reduce transaction costs and increase the uptake of digital services. ASEAN should take steps to avoid becoming more fragmented as individual member states go down their current paths of bilateral e-commerce integration with China. Building connectivity will ensure that the ASEAN region as a whole remains resilient and relevant amidst the explosion in e-commerce activities and the rise of market power concentration in the hands of a few global giants.

ASEAN’s first priority must be to address some of the challenges emerging from the ‘new economy’, quite apart from old constraints. A major barrier to e-commerce trade is the lack of harmonisation of cross-border digital regulations. Critically, this includes regulations that go beyond logistics and customs clearance to include payment methods as well as consumer and personal data protection. While complete harmonisation of these regulations may not be feasible, mutual recognition agreements (MRAs) are needed to create a single digital market with common rules on e-signatures, cybersecurity, data protection and privacy laws.

Second, new rules need to be crafted for the cross-border sharing of data, especially for the disclosure of sensitive data such as consumers’ health records. These new regulations need to be written on a regional scale. ‘New’ and ‘higher’ dimensions of connectivity are required to drive the development of e-commerce along its next growth trajectory, and a concerted regional effort is truly needed for this.

Dr Evelyn S. Devadason is a Professor in the Department of Economics, Faculty of Economics and Administration, University of Malaya. Her research focuses on international trade and regional integration.

This article is part of an ongoing research project, ‘Cross-country linkages between China, India and ASEAN: Continuity or changing trade relations’, funded by the Faculty Research Grant, University of Malaya (GPF2019-006).

China and the Mekong states: Divergent responses to Chinese initiatives
Southeast Asia and the China challenge