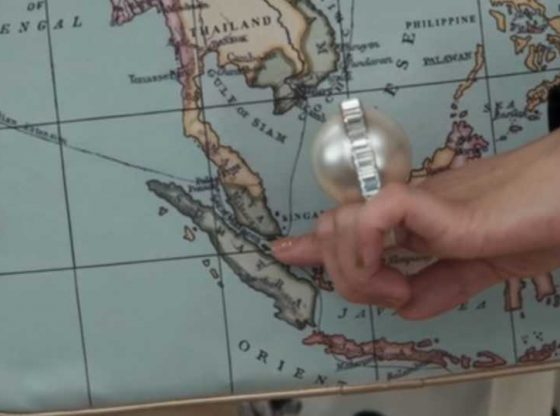 The film Crazy Rich Asians (2018) proved a modest cultural phenomenon in the United States, earning nearly USD 175 million at the North American box office (on a reported USD 30 million budget) and provoking celebratory accounts from the trade press and particularly from Asian-American commentators and performers.  Shot in Singapore and Malaysia with an Asian and Asian-American cast, it proved a success too in Asian markets such as Singapore, Hong Kong, Taiwan and Indonesia, and also nearby in Australia and New Zealand.  However, in the largest Asian market – China – the film performed poorly, with a delayed release and only modest returns.

What accounts for this outcome?  Industry observer Jonathan Papish argues that ‘Mainland audiences prefer their “Chinese” stories to come from China and their Hollywood stories to come from Hollywood; they walk away when the lines are blurred’.  Journalist Frankie Huang concurs, claiming: ‘When [mainland viewers] see Chinese faces what they expect is a Chinese story with Chinese sensibilities’.  Meanwhile, Jeremy Fuster observes that ‘romantic comedies with all-Asian casts are a dime a dozen in China and other Asian markets’.

In China, then, Crazy Rich Asians is hardly a landmark in terms of screen representation.  Chinese audiences have flocked to watch many US films, but – the Kung Fu Panda series (2008, 2011, 2016) aside – they have not embraced Asian-inflected content seen to bear a demonstrably foreign cultural odour, instead consuming US films principally to have – in Huang’s words – ‘an exotic white experience’.

Largely owing to its status as the first US studio release since The Joy Luck Club (1993) with a cast chiefly of Asian ethnicity, Crazy Rich Asians swiftly became a platform for commentary on America’s and global cinema’s representation of people of Asian (and particularly East and Southeast Asian) ethnicities.  This commentary illustrates in particular the competing representational priorities of Asian-Americans and East and Southeast Asians.

Like Kevin Kwan’s popular novel of 2013 that it adapts, the film overwhelmingly features affluent, globally mobile Asian characters.  It opens with an epigraph (also used in Kwan’s novel, though not at the start) attributed to Napoleon: ‘Let China sleep, for when she wakes, she will shake the world’.  This title asserts China as the film’s subject, or suggests that the film will depict China’s sphere of influence.

The consequences of this framing prove problematic on two levels: first, putting the focus on Chinese Singapore rather than redressing the lack of representation of Singapore’s indigenous and minority populations, and second, depicting characters with Chinese ethnicity in Singapore inauthentically or inappropriately, from characters’ behaviour to accents, in order to cast their race and citizenship.

(Backdrops of tourism and affluence in Crazy Rich Asians)

The critiques of representation emerging around Crazy Rich Asians involve two basic positions: namely, the film does not represent enough Asian ethnic groups, and those it does represent are the wrong ones.  Singaporean critic Nazry Bahrawi, for example, observes that the film ‘relegates Singapore’s brown Asians to the periphery.  In the few scenes [in which] they appear […], Malays and Indians play the roles of “servants” to rich folks of East Asian descent.  The film symbolically strips Singapore’s ethnic minorities of their dignity and agency for leading meaningful, non-dependent lives’.

By mostly erasing indigenous people, Crazy Rich Asians may fail to preserve respect for a plurality of different groups, particularly outside a North American context.  Nonetheless, it does promote the representational interests of Asian-Americans, and in some respects those of Singaporean Chinese as well.

What, then, of the Asian characters and subcultures the film does represent?  There has been some criticism of the film’s intra-Asian substitution – for instance casting a British-Malaysian, a British-Japanese, a Korean-American and a Filipino-American as Chinese Singaporeans.  Mostly, though, the film presents Chinese-ethnicity actors playing Chinese-ethnicity characters.

Outside the US, particularly in mainland China but elsewhere as well, the film’s array of mostly upper- or upper-middle-class, ethnically Chinese but culturally hybrid characters provokes explicit or implicit cultural nationalism.  Racial affinities engender not solidarity but a sense of betrayal.  Glossing the mainland response, Huang says that the film’s New York-based heroine, Rachel (Constance Wu), is essentially seen as ‘a race traitor’ who doesn’t speak Chinese or understand the customs.  ‘Because of her appearance, she’s still considered a Chinese person but one who turned her back on her culture.’

Wu’s character actually does speak Mandarin in a handful of scenes.  Nonetheless, such responses curiously echo the film’s own core theme, i.e. the spectre of inadequate Chineseness.  Whether repulsed or merely perplexed by the film’s Asian-American, hybrid or simply foreign cultural odour, critical commentators in Asia refuse or resist the film and its producers’ discourse of diasporic Chinese or Asian solidarity.  In mainland China in particular, the film’s display of material excess puts it far out of step with the Xi Jinping government’s campaigns against ‘Western values’ and film industry excess.  These concerns are especially acute as producers and cast reassemble to shoot the film’s sequel next year in mainland China.

Let us return to the respective subject positions of the film’s Asian-ethnicity proponents and detractors.  The film’s real mis-step, it appears, is to situate its Asian-American or diasporic Asian experience in a global context, or more specifically, in a Southeast Asian state with its own complicated racial history.  Detractors hold Crazy Rich Asians to account for failures of representation in the East or Southeast Asian context: it does not take an expansive, politically aware view of Singapore.

Proponents, meanwhile, locate the film in the context of the Asian-American experience and representation on-screen in the US.  Constance Wu, for example, notes in a Twitter post in advance of the film’s release: ‘I hope Asian American kids watch CRA and realise that they can be the heroes of their own stories.  I know CRA won’t represent every Asian American’.  Such discourse from Wu and her collaborators overwhelmingly locates the film as a potential landmark for Asian-American representation, not for Asian representation more broadly.

Efforts at diversity in the US and other globalised film industries can also be hindered by a rush to judgement, which is a by-product of the instant-culture age.  A substantial portion of commentary on Crazy Rich Asians’ avowed misrepresentation appeared months before the film’s initial release in August 2018, in response to a 2½-minute trailer.  Even earlier, Singaporean journalist Kirsten Han delivered a lengthy critique of the film in March 2017 – months before filming began – which only addressed Kevin Kwan’s novel and director Jon M. Chu’s YouTube casting call.  Apparently no finished film was needed to declare the hypothetical one a failure of representation.

Voices representing long-marginalised ethnicities and cultures must speak loudly, and promptly, to earn notice in a global mediascape in which many discourses, representations and subjectivities compete for visibility.  Film and television industries in the US have rarely welcomed Asian-Americans – even as these industries develop specific strategies to reach lucrative Asian markets in the twenty-first century.  Wariness in both mainland China and multicultural Singapore of screen characters played by Asian-Americans signals to producers and investors that the ‘exotic white experience’ remains the most viable screen content for global audiences.

(Crazy Rich Asians: A landmark for Asian-Americans, if not all Asians)

If we support expanded rather than restricted options for representation, we should first recognize Crazy Rich Asians for its achievement within American culture and the US screen industry, neither of which have historically been welcoming to those of Asian descent.  We should then also acknowledge the consequences of the film’s representation of, and circulation and address to, Asian territories which have different cultural codes, conflicts and histories.

Mark Gallagher is Associate Professor of Film and Television Studies in the Department of Cultural, Media and Visual Studies at the University of Nottingham, teaching and researching US, East Asian and global screen industries, genres and professional cultures.  He is the author of Tony Leung Chiu-Wai (Bloomsbury/BFI, 2018), Another Steven Soderbergh Experience: Authorship and Contemporary Hollywood (University of Texas Press, 2013) and Action Figures: Men, Action Films and Contemporary Adventure Narratives (Palgrave Macmillan, 2006), and co-editor of East Asian Film Noir (Bloomsbury/I.B. Tauris, 2015).

Southeast Asia and the China challenge
The long read: Why was Kashmir special?