Southeast Asia and the China challenge 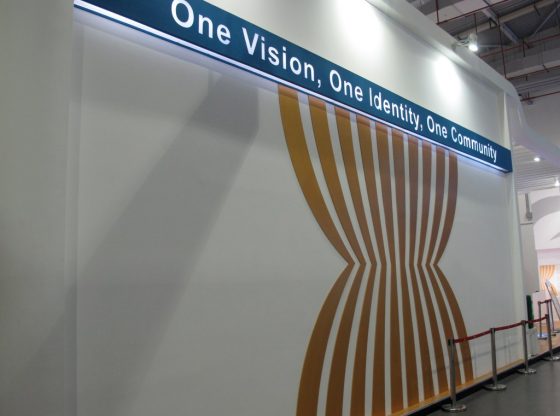 As the old adage has it, you can choose your friends but you can’t choose your neighbours. The significance of this rather hackneyed observation must be striking the leaders of Southeast Asia every day as they struggle to come to terms with the rise of China. As with everyone else in the broadly defined region, Southeast Asians generally, and the Association of Southeast Asian Nations (ASEAN) in particular, are trying to work out whether China’s unprecedented historical development represents more of a threat or an opportunity.

It’s probably both, but much depends on the nature of the individual bilateral relations Southeast Asian states have with their giant neighbour. For some countries, most notably Cambodia, China is a source of welcome aid and investment. Equally importantly, Chinese assistance comes without any of the conditionality that often accompanies the Western variety. No awkward questions about corruption, human rights or political repression from the Chinese.

There is one thing China’s leaders do expect in return, however: Cambodia will not only adopt a similarly accommodating attitude toward China’s domestic and foreign policies, but it will never act in ways that thwart China’s broader strategic ambitions, despite some domestic pushback. Given that the single most consequential and destabilising aspect of China’s rise is its territorial claims in the South China Sea, this is a direct challenge to ASEAN’s most vital collective interests and its diminishing authority and relevance.

Given China’s willingness to use its growing geoeconomic power to get its way, there is a possibility that the Southeast Asians could actually benefit from the growing rivalry between China and the US for influence

It is worth remembering that ASEAN owes its existence to the idea that the less powerful states of Southeast Asia could play a bigger and more effective role in regional affairs if they banded together. And to be fair, for some time this policy seemed to work, if only because other interlocutors paid lip service to the notion of ‘ASEAN centrality’ in a region that now has more than its fair share of regional institutions.

Unfortunately, none of them are terribly effective. All of the subsequent regional initiatives that have followed in ASEAN’s wake have been hamstrung by their adherence to the ‘ASEAN Way’ of consensus, consultation, face saving and the politics of the lowest common denominator. Most importantly, the ASEAN Regional Forum (ARF) has proved singularly incapable of addressing any of the growing number of regional security challenges as a consequence.

The significance of China’s rise and its skilful policy of divide and rule in Southeast Asia is that it has rendered ASEAN completely ineffective and incapable of coming to a common position about how to respond to the geostrategic ambitions of the People’s Republic. ASEAN sceptics, of whom there is a growing number, may well ask: if ASEAN can’t address the biggest single challenge to Southeast Asia since its inception, what’s the point of the organisation at all?

Defenders of ASEAN might point out that no one else has managed to develop a sustainable or coherent response to China’s rise either. Even the United States and trusty allies such as Australia have struggled to know quite how to deal with China’s increasingly assertive and militaristic actions in the South China Sea. Significantly, neither the US or Australia, or Japan for that matter, are looking for action from the Southeast Asian states; hence the rebirth of the Quadrilateral Security Dialogue, which also includes a more ambivalent India.

And yet if the Southeast Asians can’t act on an issue that directly affects the territorial sovereignty of some of its principal members such as the Philippines, Vietnam, Indonesia and Malaysia, when will they? In reality, the Southeast Asians remain hopelessly conflicted and incapable of displaying their much vaunted but infrequently seen solidarity. For all the endless meetings and soaring rhetoric, when push comes to shove, ASEAN has been ineffective and invisible in relation to China.

At least, they have when it comes to the PRC’s strategic ambitions. Despite worries about ‘debt diplomacy’ and being sucked even more comprehensively into China’s economic orbit, leaders of the Southeast Asian states have been queuing up to ingratiate themselves with China’s leadership as it rolls out the Maritime Silk Road (MSR) and its promise of frequently much-needed infrastructure spending. Even the erratic leader of the Philippines, Rodrigo Duterte, has gone cap in hand to Beijing to tap Chinese largesse, despite his earlier boasts about standing up to China.

Given China’s willingness to use its growing geoeconomic power to get its way, there is a possibility that the Southeast Asians could actually benefit from the growing rivalry between China and the US (and Japan) for influence. Indeed, Malaysia’s leader Mahathir Mohamad has demonstrated just such a capacity, as he has renegotiated the terms under which his country participates in the MSR. The chances that ASEAN will come up with a collective approach to this issue, however, are vanishingly small.

Sheer geography means China will remain a central concern for ASEAN for evermore – and for better or worse. Ignoring the reality of China’s rise and hoping it will go away simply isn’t an option. Even if things go badly wrong in China – a possibility that cannot be ruled out – Southeast Asia will have to try to deal with the consequences. The historical record thus far suggests we shouldn’t have too much confidence in ASEAN’s capacity to mastermind a collective response.

Mark Beeson is Professor of International Politics at the University of Western Australia. His latest book is Environmental Populism: The Politics of Survival in the Anthropocene.