The long read: Why was Kashmir special? 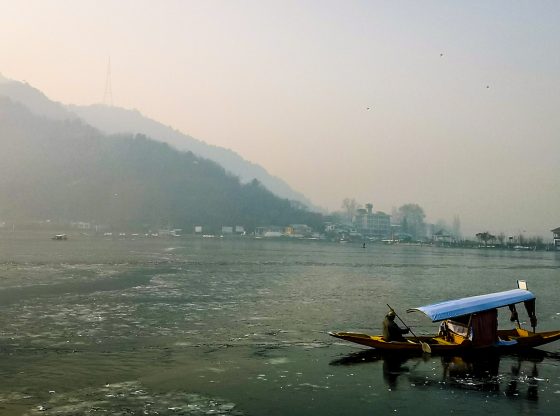 So, what’s so special about Kashmir? That’s the question underlying the rancorous debate about the scrapping of the state of Jammu and Kashmir’s special status in India’s constitution.

The Indian government announced on 5 August 2019 that it was rescinding Kashmir’s status by, in effect, revoking Article 370 of the constitution. The governing party, the Hindu nationalist Bharatiya Janata Party (BJP), has repeatedly pledged to achieve the full integration of Jammu and Kashmir, India’s only state with a Muslim majority. The repeal of its fairly nominal measure of autonomy has been applauded not just by the BJP’s supporters, but by many others as well. The one place where there has been no appreciable support is in the Kashmir Valley itself, which was placed under a rigorous lockdown and communications black-out ahead of the announcement in an attempt to stifle street protests and unrest.

Jammu and Kashmir is not the only state to have special provisions in the Indian constitution – Article 371A, for example, sets down specific privileges for Nagaland – and it is not the only part of India where there are restrictions on outsiders buying property, but these fine points have been lost sight of amid the political clamour. Article 370 was part of a political accommodation seventy years ago which eased Kashmir into independent India. It was a deal between Delhi and Srinagar (the regional capital), passed without opposition in India’s Constituent Assembly on 17 October 1949, which has now been unilaterally set aside.

Special status reflected the different manner in which, and on the basis on which, the former princely state became part of India. On paper, it gave Jammu and Kashmir a great deal of autonomy. That has been diluted down the decades, however, and in practice the state has enjoyed perhaps less autonomy than others because of Delhi’s persistent interference – at various times removing chief ministers, imposing direct rule and tolerating flawed elections.

There is an international dimension to the Kashmir conflict as well. Pakistan continues to claim the part of Kashmir under Indian control (as India claims the section governed by Pakistan) and these now nuclear-armed neighbours have repeatedly fought over Kashmir. The first clashes between Indian and Pakistani forces came just months after independence.

As recently as February 2019, India staged an air attack on a target in Pakistan which it said was the base of an armed jihadi group responsible for a bomb attack in the Kashmir Valley which killed about forty members of India’s security forces.  India blames Pakistan for arming and supporting a separatist insurgency in the Kashmir Valley which, over the past thirty years, has claimed at least 42,000 lives – although the impetus behind that rebellion was local and most of the armed militants were Kashmiris rather than outsiders.

Jammu and Kashmir became part of India not on the day of independence itself – 15 August 1947 – but ten weeks later, when Maharaja Hari Singh, alarmed by the rapid advance of armed Pakistani tribesmen towards Srinagar, hurriedly signed the instrument of accession. In legal, if not moral, terms, the decision was his alone. The logic of Partition in 1947 – that adjoining Muslim-majority areas should become part of an explicitly Muslim nation – encouraged Pakistan to believe that it would also get Kashmir: three out of four subjects of the princely state were Muslims. But Kashmir’s Maharaja, a Hindu, instead signed up with Delhi to ensure that Indian troops would defend his capital against the invaders.

The official Indian account is that the Maharaja committed his state to India on 26 October 1947. In fact, he was only able to sign the following day – i.e. a few hours after, rather than before, the start of a bold and eventually successful airlift of Indian soldiers to Srinagar. This is not the only detail to have been muddied and obscured. All parties to the Kashmir dispute – India, Pakistan and Kashmiri nationalists – have been willing to rewrite the historical record to strengthen their case.

In making his decision, the Maharaja had an unlikely ally. His political nemesis, the radical Kashmiri nationalist Sheikh Abdullah, endorsed accession to India. Over the next few months, while India and Pakistan went to war over Kashmir, power in the region slipped from its princely ruler to Abdullah, the ‘Lion of Kashmir’, and his young and enthusiastic supporters. When four representatives of Jammu and Kashmir joined India’s Constituent Assembly in July 1949, Sheikh Abdullah led that group.

The Indian government had by then committed to holding a plebiscite to determine Kashmir’s future. On 2 November 1947, while fighters from Pakistan were advancing on Srinagar, India’s Prime Minister Jawaharlal Nehru declared: ‘as soon as Kashmir is free from the invader, our troops will have no further necessity to remain there and the fate of Kashmir will be left in the hands of the people of Kashmir’. He pledged that there would be a referendum ‘under international auspices like the United Nations’, and a few weeks later India formally brought the Kashmir issue before the UN.

That plebiscite has never been held. And while UN military observers are stationed in both parts of Kashmir – the two areas now under the control of Pakistan and India – they serve no practical purpose.

The special status granted in India’s constitution was part of a wider accommodation to help settle Jammu and Kashmir into India, while recognising that its long-term future had still to be fully resolved. When Sheikh Abdullah addressed the opening session of Jammu and Kashmir’s own Constituent Assembly in November 1951, he made the case for staying with India: ‘the Government of India has never tried to interfere in our internal autonomy’, he stated. But privately, in meetings with diplomats and others, the Kashmiri leader was talking about the option of independence. That’s why, in August 1953, he was dismissed on Delhi’s orders and thrown into jail.

It’s strange how history repeats itself. In the past few days, Sheikh Abdullah’s grandson Omar Abdullah – a former State Chief Minister and indeed a one-time minister in the  BJP-led national government – has been arrested. So too has Mehbooba Mufti, who until last year served as the State’s Chief Minister in alliance with the BJP. Both of them are substantial political figures; both have argued that Kashmir’s best option is to remain with India; neither is an advocate of violence.

Another painful aspect of India’s history is also being relived. The BJP suffered grievously, along with many others, during Indira Gandhi’s Emergency in 1975 when thousands of opposition politicians and activists were detained; yet the large-scale arrests in Kashmir in the past few days, including of mainstream politicians, carry an uneasy echo of the Emergency era.

Last week’s announcement by the BJP-led Indian government not only scrapped Jammu and Kashmir’s special constitutional status. It also carved up the state. The sparsely populated Ladakh region, in large part Buddhist, will become a separate Union Territory, governed directly from Delhi. The rump of Jammu and Kashmir will also be downgraded to Union Territory status, and so will have less autonomy than other regions in India’s federal structure.

In Hindu-majority Jammu and in Ladakh there has been support for the government’s constitutional changes. But the extraordinary measures taken in the overwhelmingly Muslim Kashmir Valley – extra troops sent in, tourists and pilgrims told to leave, schools closed, public gatherings banned, freedom of movement restricted, internet switched off and phone communications snapped – show that the Indian authorities were fully aware of the visceral anger and despair the move would provoke there.

There has been no sustained attempt by Delhi to engage with Kashmiri political leaders or to win over Kashmiri public opinion. While the granting of special status seventy years ago was aimed at building a consensus about Kashmir’s place within India, its scrapping suggests that today Delhi has little interest in what Kashmiris think or feel.

As best as can be judged, public opinion in the Kashmir Valley has for many years been largely hostile to India (and to Pakistan too). Now the government’s action – and the manner in which it has been carried out – has pulled the rug from under those Kashmiri leaders who support Indian rule.

For many Kashmiris, the past week’s developments will fuel a burning sense of resentment. It is impossible to say just yet how that will find political expression. But it will.

Andrew Whitehead is an Honorary Professor at the University of Nottingham and the author of A Mission in Kashmir (2007). His latest book, The Lives of Freda: The Political, Spiritual and Personal Journeys of Freda Bedi (2019), also touches on Kashmir’s troubled history in the twentieth century. He tweets @john_pether