Yet another assault on Kashmir 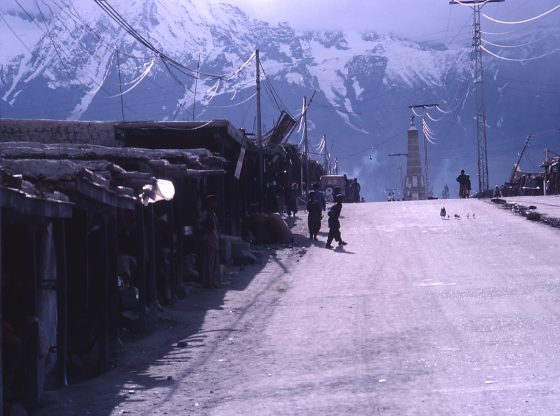 The newly re-elected Bharatiya Janata Party (BJP) government in India has finally taken the step of removing the special status of the Indian state of Jammu and Kashmir (J&K), which it has enjoyed since 1949 through Article 370 of the Indian Constitution.  Also noteworthy is that Jammu and Kashmir has been stripped of its status as a state and partitioned into two union territories – Jammu & Kashmir and Ladakh – ruled directly by the central government.  While the former has been promised a legislature in the future, the latter will remain without one.

These measures have been enacted with great speed and without even a semblance of consultation with the J&K leadership or debate in the parliament. And their gravity is evident in the fact that the Kashmir Valley has been under military lockdown since just before the announcement was made.

Ultimately, the assault on J&K’s special status and statehood is an assault on the idea of India as a secular, plural and federal polity itself

Article 370 was enshrined into the Indian Constitution as a means to guarantee the autonomy of J&K within the Indian Union.  Like all princely states – as it was at the time of Indian independence in 1947 – J&K acceded to India only in the three subjects of Defence, External Affairs and Communications.

Most of the other princely states were integrated beyond those subjects over the next few years, but in part because J&K was disputed territory, and in part because its leadership negotiated for autonomy during the constitutional talks, Article 370 allowed it special privileges.  One such privilege was the establishment of its own constituent assembly, which had the power to frame the state’s constitution as well as to make the decision about whether J&K wanted to accede to India in any further subjects.

That the BJP would decide to eliminate Article 370 in all but name is not surprising, since it had led a movement against the state’s special status in the 1950s during the party’s earlier incarnation as the Bharatiya Jan Sangh, and it has been consistently against the Article ever since. This movement had far-reaching consequences and eventually led to the downfall of J&K’s first government – the one that had negotiated its special status – in 1953.  Subsequent state governments were willing to join hands with the central government to erode the Article over the following years, which has nonetheless remained a powerful symbol of the pact between India and one of its constituent units.

The presidential order that extends all provisions of the Indian Constitution to Jammu and Kashmir, thereby negating Article 370, has also rendered unconstitutional Article 35A of the constitution. This article had been introduced into the constitution through a 1954 presidential order, made possible under Article 370, which gave the J&K state legislature the right to define permanent residents of the state, as well as to delineate their rights and privileges. In effect, this article prevented outsiders from settling in and buying property in the state.

The BJP’s explanation for its move is that the special status has prevented the state’s economic development and thus encouraged disgruntlement among the local population. By this logic, the BJP is acting no differently to earlier governments at the centre, which have thrown economic aid at J&K in the hope that its population will be pacified.

But this has not solved the underlying political grievances of the Kashmiri Muslim population, which has felt increasingly disenfranchised in and alienated from India, precisely because of the centre’s high-handedness. The insurgency against the Indian state, which began more than thirty years ago, continues to rage and is likely to strengthen as a result of this latest incursion by the centre.  It confirms what Kashmiris have known for decades – that for India, Kashmir is no more than a colony; a territory devoid of people.

So it is difficult to understand how the BJP expects development – if that is even possible under such conditions – to resolve India’s Kashmir problem.  Perhaps its gambit is what Kashmiri Muslims have been fearing for a long time; namely, to circumscribe the Kashmiri Muslim population itself.

This has now become a possibility with the abrogation of Article 35A and the ability of non-residents to buy property and settle in the union territory. This will ultimately alter its demographic composition from being a Muslim-majority to a Hindu-majority region.  It is the major reason that Pakistan has registered protest against this move, because its claim on the region will cease to be valid if Jammu and Kashmir no longer has a Muslim majority.

Ultimately, the assault on J&K’s special status and statehood is an assault on the idea of India as a secular, plural and federal polity itself.  It reveals the much larger project of the BJP, which is to turn India into a unitary, Hindu nation-state.

India claimed Kashmir in 1947 as a Muslim-majority state precisely to prove its secularism. And its special relationship with J&K was one of the many ways in which India constitutionally integrated different regions and their peculiar demands into its federal structure.  That consensus is now relegated to the past and has been replaced by the muscular, militaristic idea of India as a centralised Hindu nation.  Regardless of the legal challenges to these particular measures against J&K, that idea is here to stay.

Chitralekha Zutshi is a Professor in the Department of History at the College of William and Mary, Williamsburg, Virginia.