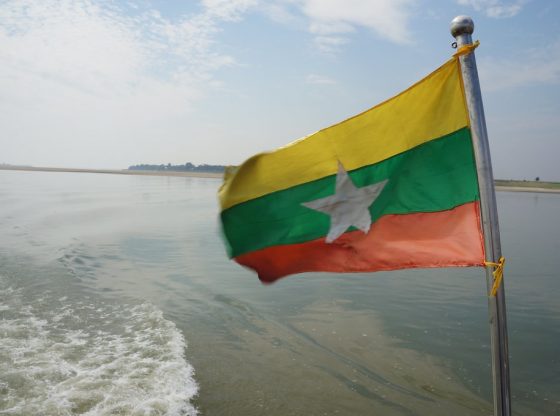 Since the dissolution of the military regime in 2011, discussions about Myanmar have centred on two events. The first is the political transition that was affirmed by Aung San Suu Kyi’s assumption of power following a largely free election in November 2015. The second is the persecution of the Rohingya, marked by an exodus of refugees and the burning of villages in Rakhine State in August and September 2017.

That the outbreak of atrocities against ethnic minorities has occurred during the course of Myanmar’s democratisation process is somewhat bewildering, and it is this subject that is probed by Professors Roman David and Ian Holliday in their book Liberalism and Democracy in Myanmar, across six substantive chapters.

Chapter 1 introduces the historical context of Myanmar and reviews political repression and ethnic relations in the country from the colonial era until the end of the military dictatorship. Chapter 2 provides an overview of the constitutional setting in Myanmar that bounds the political development of the country and presents citizens’ viewpoints concerning the government’s legitimacy. Chapter 3 then offers a comprehensive analysis of the different roles of military, political, religious and societal actors in contributing to or impeding the development of Myanmar’s liberal democracy.

Chapter 4 discusses issues of ethnic and religious equality in Myanmar. In particular, it evaluates the government’s policies and citizens’ acceptance of ethnic and religious minorities, including Rohingya Muslims. Chapter 5 examines citizens’ demands for transitional justice in the aftermath of gross human rights violations during the military dictatorship. Chapter 6 underscores the seemingly contradictory views of citizens around democracy and liberalism, and responds to the authors’ puzzling findings with the concept of ‘limited liberalism’.

David and Holliday utilise a three-pronged analysis – constitutional, behavioural and attitudinal – to study Myanmar’s prospects of liberal democracy. Noting that democratisation could be driven either by elite preferences or citizen demands, the authors examine both legal provisions and practices and public opinion in regard to political liberties and equality in the country.

In the executive, the military controls the ministries of defence, border affairs and home affairs. In the legislature, a quarter of the seats are reserved for military officers. Constitutional change needs the support of more than 75 per cent of the lawmakers, and the military obtains the power of veto over any amendment to the political system. The possibility of reform from above therefore appears to be slim.

The authors also use surveys to investigate people’s demands for political change. Unexpectedly, they find that 76 per cent of respondents in Yangon and Mandalay regions consider Myanmar to have a democratic system (p.55), and 30 per cent of respondents simultaneously backed democracy and rule by the military in 2017 (p.180). Given that democracy requires that an elected government can actually govern and that the military should be under civilian control, then military rule is incompatible with democracy. Perhaps, therefore, this contradiction in public opinion reflects people’s acceptance of the constitutional constraints around Myanmar’s political transition (p.181).

The functioning of liberal democracy does not only relate to the electoral system, of course. It also requires the protection of civil and political rights. In her Nobel lecture in 2012, Aung San Suu Kyi said: ‘one prisoner of conscience is one too many’. People therefore have a high expectation that the ruling National League for Democracy (NLD), led by Aung San Suu Kyi, will make political prisoners history in Myanmar.

And yet political liberties do not seem to be any more extensive under the NLD than under the previous regime. ‘Journalists and private citizens continued to be arrested for exercising freedom of speech or assembly’ (p.83), the authors tell us. And according to the Assistance Association for Political Prisoners (Burma) (AAPP), as of June 2019 there were 34 political prisoners in prison and another 161 people detained and awaiting trial for political crimes.

The NLD-led government seems reluctant to repeal laws enacted by previous governments – including the colonial administration – that are incompatible with human rights. For example, provisions under Section 66(d) of the Telecommunications Law are frequently invoked by the military, government officials and public figures to charge citizens with defamation. Likewise, other laws that undermine freedom of expression, such as Article 124(a) and Article 505(b) of the Penal Code that criminalise speech that ‘excites or attempts to excite disaffection toward the government’ or ‘is likely to cause fear or alarm in the public’, have not been amended by the government.

More disappointingly, the current government even persecutes dissidents and journalists under these laws. In Chapter 5 of Liberalism and Democracy in Myanmar, David and Holliday examine citizens’ views regarding transitional justice, and their surveys reveal that most of the respondents support reparatory, retributive, revelatory and reconciliatory measures. Nonetheless, it would also be helpful for readers to understand Myanmar’s political culture if there were data about citizens’ views in regard to amending these repressive laws.

Ethnic and religious equality is a critical component of liberalism. This value is challenged by the persecution of the Rohingya in Myanmar (Chapter 4). The 1982 Citizenship Act denied citizenship to Rohingya people, who are mostly Muslim. In the 1970s and 1990s there were several waves of an anti-Muslim campaign in Rakhine State. Persecution then reduced from the mid-1990s to the mid-2000s and Rohingya were even granted the right to vote in the 2010 election, although the election was generally considered to be rigged.

During the nominally civilian government under President Thein Sein, deadly communal violence between Rohingya Muslims and Rakhine Buddhists erupted in 2012. In 2015, the Population Control and Healthcare Bill was enacted. This law enables the authorities to impose a 36-month interval between pregnancies in named districts and it has been criticised for being a tool to restrict Muslim’s reproductive rights. It was followed in the same year by the passing of three other laws that concern interfaith marriage, religious conversion and polygamy to ‘safeguard Myanmar’s religious identity as a Buddhist majority state’ (p.87).

The authors observe that during the military dictatorship, the government took the lead in oppressing Muslims. Citing Francis Wade, the author of Myanmar’s Enemy Within, ‘good relations between Buddhists and Muslims were the norm, and violence an aberration’ (p.33). Public opinion started to change during the political transition. An overwhelming majority of respondents in Yangon and Mandalay regions, where Burmans constitute the dominant ethnic group, stated they would accept ethnic minorities like Chin, Kachin, Kayin, Shan, Mon and Kayah as their neighbours (p.113). By contrast, 83 per cent of respondents disliked the idea of having Rohingya as their neighbours in 2014. This increased to 94 per cent in 2017.

Meanwhile, people’s trust in the military jumped from 24 per cent in 2014 to 73 per cent in 2017 in the Yangon and Mandalay regions (p.81). This dramatic shift in public opinion can be attributed to the rise of nationalism in the wake of the Rohingya crisis. That said, the dire situation faced by the Rohingya is not only the result of the repressive laws; the persecution of Rohingya people is also supported by the public.

While one can argue that politicians and public figures are able to influence public opinion, the ruling NLD does not have any leaders who advocate for Rohingyas’ human rights beyond the citizenship debate. Attempts to promote inter-faith dialogue are rare, and the level of intolerance towards the Rohingya indicates that Myanmar is ‘on the track of developing an illiberal democracy, with democracy itself becoming a tool of oppression of one group by another’ (p.133). Repression from above and endorsement from below explain why international pressure is deemed ineffective to mitigate the Rohingya crisis.

Limited liberalism entails two possible directions of development: either moving towards liberal democracy or sliding back into authoritarianism (p.192). The authors take a comprehensive approach to review the ruling elites’ preferences, as evidenced by legal provisions and government practice, as well as Myanmar’s political culture, as displayed through public opinion. They find little sign of any institutional change being initiated by the ruling elites to enhance political openness and the protection of human rights. In addition, the political culture in the country does not appear to be moving towards liberalism. The authors leave us with the alarming warning that ‘the cohort of liberals was stagnant, while groups of limited liberals and illiberals were growing’ between 2014 and 2017 (p.196).

Despite the formidable challenges to the prospect of liberal democracy being established in Myanmar, the authors still believe that political change is not impossible (p.202). International observers condemn the human rights violations being carried out by state actors, but they overlook the essential role of other non-state actors in the country. In sum, Liberalism and Democracy in Myanmar offers a thorough examination to account for the existence of Myanmar’s limited liberalism during its political transition. It provides an invaluable read for students of comparative politics as well as international policy actors.

Debby Sze Wan Chan is a postdoctoral fellow of the Department of Sociology, University of Hong Kong, and a specialist in Myanmar studies.

Yet another assault on Kashmir
ASEAN and the rise of China