The Special Couple: What film co-production tells us about the future of UK-China cultural relations 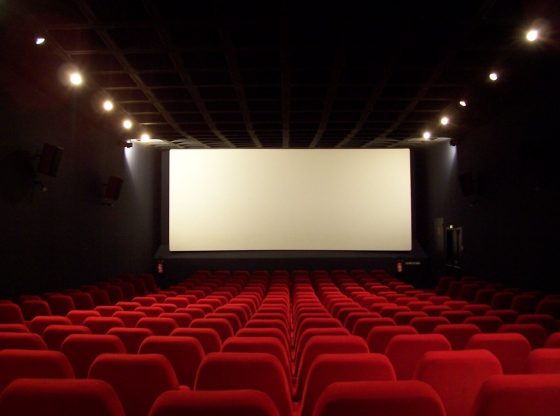 The UK-China film co-production treaty was signed in 2015, but since then only one such film has been completed: Special Couple. We spoke to both of the production companies involved – Zephyr Films in the UK and China’s Shanghai Media Group Pictures – about their experience of working on this ground-breaking film. These conversations gave us some fascinating insights into the cultural relations and potential for future business partnerships between the two countries.

To count as an official co-production, a film must gain certification from the representative film body in each country by passing certain cultural tests and demonstrating the intention to spend money up to a certain threshold in each country. The benefit of joint certification is that it gives producers access to tax benefits and the right to apply to the representative bodies of both nations for funding.

An additional benefit of the co-production treaty lies in the film’s distribution prospects. China has the largest box office in the world but operates a quota system which restricts the number of foreign films that are permitted to be screened. A co-production, however, is by definition both Chinese and British (in this instance) and therefore it is not subject to the limitations of the quota system.

Drawbacks to co-production include the time it takes to receive the initial certificate and then the ratification certificate (which is required once production is complete); the difficulty of navigating two bureaucratic processes where one is in a foreign language; the logistical and linguistic challenge of locating a foreign partner in the first instance; and the financial and time investment it takes to build a working relationship.

In addition, although certified co-productions may apply for funding, this funding is not guaranteed. While the UK-China television co-production treaty has led to numerous success stories, Special Couple, which wrapped shooting in 2018 and was ready for the market by April 2019, is the only live action fiction feature film to be fully completed with certification under the terms of the treaty. In an effort to understand why this is so, we conducted interviews with the two production companies involved.

The UK partner for Special Couple was Zephyr Films, whom we met at Raindance Film Festival’s China Day in October 2018. By the time the project was brought to Zephyr, we were told, the development stage had already been completed and the film was ready to shoot. Zephyr was singled out due to owner Chris Curling’s reputation as a producer for co-productions; Zephyr has previously received funding from Northern Ireland Screen, and this experience doubtless contributed to the company’s successful application to Northern Ireland Screen for (an as yet undisclosed amount of) funding for the project.

Despite being based partly in Ireland, the story of Special Couple is set within Chinese culture and is mostly in Mandarin; any English dialogue, we were told, would be subtitled or dubbed. Even before production began, it was clear that there was no plan to distribute the film in the UK or, indeed, the West. Whilst their experience of working with a Chinese partner was clearly affable, Zephyr conceded that their input was more that of a local fixer than of a collaborator, and that they wouldn’t be actively seeking Chinese partners with whom to co-produce films under the new treaty in future.

Together with our delegation of British film industry professionals – funded by the Arts and Humanities Research Council (AHRC) – we met with the Chinese partner in this co-production, Shanghai Media Group Pictures, in April 2019. Shanghai Media Group Pictures had already enjoyed some success with television ventures, having brought Sherlock to China and by co-funding Earth: One Day with the BBC. They told us that the BBC had connected them with the British Film Institute (BFI), who in turn had connected them with Zephyr.

Although there was praise of the British companies for their openness and helpfulness in sharing contacts – having already established professional trust through television projects – one negative aspect of working with Britain was seen to be the cost, even with the tax and funding benefits of the treaty.

While Chinese companies anticipate that human resource costs will be higher outside China and take travel and accommodation expenses into consideration as well, it seemed that the cost of shooting in Britain was unexpectedly high. The representatives of Shanghai Media Group Pictures concurred that the UK is considered more expensive than Hollywood, which it is thought has an oversupply of talent that keeps human resource costs lower than in the UK, where there is comparatively less professional competition.

Our hosts said they would not actively seek out another UK-China film co-production project, but that if a strong script came to them which was set in the UK, they would consider going down the co-production route again. However, they added the caveat that they might also try to adapt the story to be set closer to home or, indeed, review the cost of creating foreign lands within domestic sets.

Shanghai Media Group Pictures affirmed Zephyr’s statement that Special Couple is destined for the market in China and neighbouring Asian countries and that since the UK’s box office is relatively tiny, no particular effort would go into securing a UK release.

Despite the praiseworthy efforts of all parties, the generous tax breaks afforded under the treaty and the awarding of public funds, shooting in the UK is perceived as simply too expensive. There does not appear to be anything one might do about this issue, as British labour and land costs cannot compete with those of China.

Nonetheless, Special Couple only provides one example of how the co-production treaty might be used – i.e. where a Chinese production company approaches a British one. There is more for a UK company to gain from the treaty than a Chinese company, as shooting in China is much cheaper than shooting at home – a fact that many Hollywood studios have already acknowledged. This would also give the films so produced the opportunity to access the Chinese box office. The difficulties remain – linguistic, logistical, time-zone and building professional trust – but the potential return is great.

All of this centres on the financial opportunities at stake, but could there be a cultural opportunity here too? Might it be possible to film a story which crosses over between Western and Eastern audiences on a mainstream scale? Every person we spoke to during the course of writing this article expressed pessimism on this issue: foreign films will always be relegated to art-house cinemas, and the two cultures are a world apart.

However, as access to each other’s media and culture increases, so too does our understanding and enjoyment of them. Perhaps, after all, it won’t be long before a UK-China co-production decides to experiment with the cultural, and not just the financial, opportunities now available.

Dr Hiu Man Chan is a researcher associated with Cardiff University who specialises in creative industries collaboration between the UK and China. She is currently Principal Investigator for an AHRC-funded research project, entitled ‘To Search for a Sustainable UK-China Film Collaboration Model’ (February to October 2019).

Yet another assault on Kashmir
Book review: ‘Liberalism and Democracy in Myanmar’