ASEAN and the rise of China 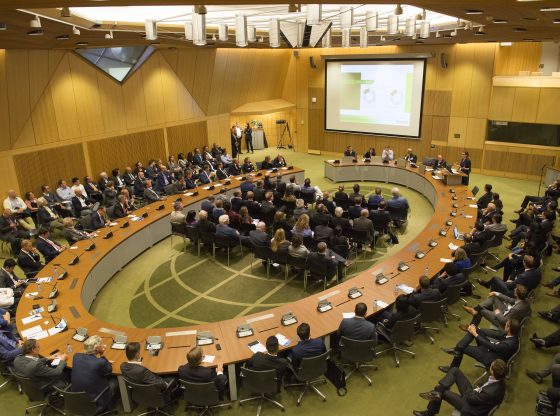 By the early 2000s, the literature on the impact of China’s rise on the global economy had begun to expand rapidly. A number of studies suggested that China’s membership of the WTO, achieved in 2001, would pose both opportunities and threats to other developing countries.

As far as the Association of Southeast Asian Nations (ASEAN) was concerned, there were several strands to this argument. The main opportunity was seen as the rapidly expanding market in China for the import of goods and services from ASEAN countries. Some commentators also predicted that Chinese investment into ASEAN would increase, especially in those sectors producing natural resources for which demand in China was growing rapidly. A further opportunity was offered by China’s rapidly developing capital goods industries, which could provide plant and equipment more cheaply than traditional suppliers from Japan, Europe or the USA.

On the threat side, it was feared that China’s export of a range of labour-intensive manufactures (e.g. textiles, garments, footwear, toys, low-end electronics) would out-compete those from ASEAN in the major markets of the Organisation for Economic Cooperation and Development (OECD).

Taking into account trade in both financial and tourist services, it is likely that the ASEAN countries are running a surplus in service trade with China

When a free trade agreement between ASEAN and China was first proposed by the then Chinese premier, Zhu Rongji, in November 2000, there were also­­ worries that Chinese imports would flood into the ASEAN economies, putting local industries under pressure in their own markets. These worries were partly confirmed by the very rapid growth in China’s global exports between 1999 and 2003, compared with the sluggish performance seen in ASEAN states over those years.

Many within ASEAN worried that both of these trends would lead to a sharp slowdown in growth in the manufacturing sectors in ASEAN countries. It was argued that given the broad similarity in trade structures and the fundamentally competitive nature of Sino-ASEAN economic relations, there was a greater likelihood that China and ASEAN would compete, rather than complement one another.

Because of China’s abundant supplies of cheap labour, huge investments in infrastructure and improvements in the legal and regulatory environment, ASEAN countries were particularly worried that foreign investment would flood into China at the expense of other parts of developing Asia. As China’s per capita GDP grew and a large middle class emerged, it was also argued that more foreign investment in China would be oriented to its domestic market rather than to export production.

In either case, there were fears that investment flows to the ASEAN countries would be affected. Not only would new foreign direct investment (FDI) be increasingly directed to China rather than to the ASEAN economies, but large multinationals which had established export bases in Malaysia, Thailand and Indonesia would be tempted to relocate to China to take advantage of lower production costs, better logistics and the large domestic market. Some analysts argued that the ASEAN countries, excluding Singapore, would have to strengthen their capacity to absorb new foreign technologies quickly if they were not to fall behind.

In the early years of the twenty-first century, there seemed to be more evidence to support the pessimists – who worried about the potential costs of China’s rise – rather than the optimists – who stressed the opportunities for many economies in terms of improved volumes and terms of trade. Even before the ASEAN-China Free Trade Agreement came into full effect in 2010, China’s share of ASEAN merchandise trade had risen from just 6 per cent in 2002 to 11.6 per cent in 2009. This share continued to increase after 2010, and by 2017 it had reached 17.1 per cent. Furthermore, although the ten ASEAN countries as a group were running a surplus on merchandise trade in most years, the deficit on trade with China was substantial; it reached $80 billion in 2016, although it fell back to $68 billion in 2017.

To some observers, these figures suggested that China was using the ASEAN countries to dump its surplus, not just of consumer goods but also capital goods and construction materials including iron and steel products. This in turn was harming the domestic manufacturing sector, which in several countries was growing more slowly than in the 1980s and 1990s.

Other commentators took a more sanguine approach; to the extent that China was able to produce a range of both consumer and capital goods cheaply, it displaced imports into ASEAN from higher-cost producers such as Japan and Germany. On the export side, the value of raw material exports to China was falling at least in part because of falling prices for commodities such as coal, liquefied natural gas (LNG) and vegetable oils. It was argued that other Asian countries such as the Republic of Korea were also running substantial surpluses with the ASEAN countries for much the same reasons.

Some economists also pointed to the growth of trade in services, which has been faster than the growth of merchandise trade in the ASEAN economies over the past two decades. Partly this was the result of growing trade in financial and business services, but partly it was also due to the growth in tourism-related services.

Total numbers of tourists from outside the ASEAN region have been growing rapidly since the early 2000s, and many of these have come from China. By 2016, total non-domestic tourist arrivals in the ASEAN region amounted to 115.6 million, of which around 40 per cent came from within the ASEAN region. Chinese tourists comprised the largest group from outside ASEAN and accounted for over 20 million, or 17.7 per cent of the total. Taking into account trade in both financial and tourist services, it is likely that the ASEAN countries are running a surplus in service trade with China.

Recent data on foreign direct investment flows into ASEAN provide little support for fears of China attracting more FDI at the expense of the ASEAN countries. In the decade from 2008 to 2018, data from the ASEAN Secretariat show that total FDI flows into the ten ASEAN countries trebled to $154.7 billion in 2018. Only 6.6 per cent of these flows originated from China, compared with 15.9 per cent from within ASEAN, 14.2 per cent from the EU, and 13.7 per cent from Japan.

Although there has been much talk about Chinese ‘belt and road’ initiatives in the ASEAN region, the achievements so far have been modest. In Malaysia, the change of government has resulted in the cancellation of several projects in the transport sector which were judged by the new government not to be cost-effective. Elsewhere, many Chinese-financed projects do not seem to have got past the planning stage, either because of financial problems on the Chinese side, or because of doubts about project viability on the part of the host countries. Of those projects which have been implemented, it has been argued that many have been in the luxury real estate sector, with few benefits to the local population.

Book review: ‘Liberalism and Democracy in Myanmar’
The move in Kashmir raises questions about conflict management and Indian federalism