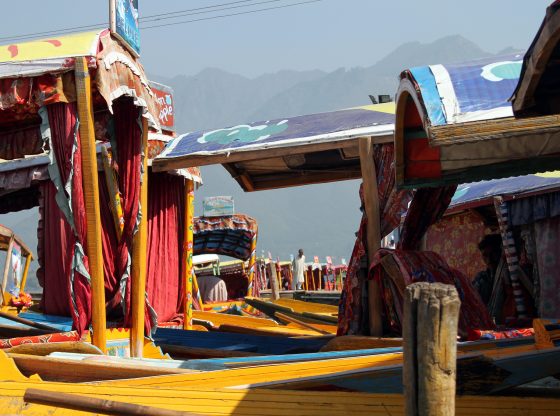 India will now have 28 states. The state of Jammu and Kashmir (J&K) has been bifurcated and downgraded into two union territories (UTs) and its special status under Article 370 of the Indian Constitution has been scrapped. The Home Minister Amit Shah reasoned that this major political move will go a long way towards cooling Kashmir’s decades-long cauldron of discontent and engender better integration of Kashmiris with the rest of India.

Such a move to lower the status of a federal state into a centrally administered political unit with an assembly is unprecedented in the history of India and it upends the existing federal norms of the polity. This political move by the Bharatiya Janata Party (BJP) marks a major shift in terms of centre/state relations and asymmetrical federalism in India.

By abrogating Article 370, the BJP has fulfilled its long-held electoral promise. Hence this decision needs to be situated within the BJP’s rightwing Hindutva ideology that views asymmetrical autonomy as an affront to the nation’s territorial sovereignty

Despite Prime Minister Narendra Modi’s rhetoric of co-operative federalism in his first term, in one fell swoop, and emboldened by majoritarian politics, the re-elected government has overturned the social compact which underpins federal relations in India.

Article 3 of the constitution empowers the Indian Parliament, by a simple majority, to form new states and alter the size and/or boundaries of existing states: this is one of the reasons why India is also called an ‘indestructible union of destructible states’. India has already undergone many rounds of federal reorganisation, thereby drastically changing its internal political boundaries since independence in 1947.

Although constitutional experts observe that such unilateral power at the centre undermines India’s federal character, in practice, New Delhi has historically exercised caution in this regard. In the first few decades after independence, for example, the various demands for statehood in most cases only materialised due to the absence of any strong opposition within the parent state. At the same time, the centre carved out some new states and accommodated the statehood demands of certain group, as could be seen in the post-independence linguistic reorganisation and restructuring in the Northeast. The main motive for this was to create political opportunity structures for whichever party was in power in New Delhi.

Subsequent Indian governments have thus reorganised state boundaries and created new states to accommodate regional aspirations and separatist movements, as well as to gain a foothold in regions where they did not have an electoral presence. In this context, J&K’s lowered status sets a new precedent, not only for democratic politics, but also with regard to conflict management. It is the first time in the political history of India that an existing state and its constitutionally guaranteed special status have been abolished – despite Modi’s claim that the removal of statehood is a temporary security measure.

Stripping J&K of its statehood also seems to have a security aspect, since the domain of law and order, which is otherwise a state subject, will now fall directly under the central government. The BJP believes that this move will help tackle militancy and terrorist activities more efficiently, even though the Kashmir Valley continued to be a heavily militarised zone long before this decision was announced.

This decision marks a paradigm shift in the Indian government’s outlook towards ‘belligerent’ states mired in conflict. With this muscular policy, the BJP is sending a clear signal: it will not hesitate to take unilateral decisions vis-à-vis individual states in order to achieve the desired outcome, which in the case of Kashmir, the government argues, amounts to integration, economic development and enduring peace. Whether these aims will actually be achieved in what is a prolonged and thorny political problem remains to be seen.

Some scholars in fact argue that federal states are more effective in managing diversity and ethnic conflict among territorially concentrated groups precisely because they recognise regional autonomy. India is often cited as having a mixed record in this regard, particularly with its history of conflicts in the borderland regions of Punjab, Kashmir and the Northeast. These regions have seen protracted armed movements which challenged the idea of the Indian nation-state and posed significant ‘problems’ for its territorial integrity.

However, a closer look at these cases also reveals that the frequent drives to centralisation by the Indian state and intense power struggles in New Delhi – especially during Indira Gandhi’s periods of leadership (1966–77 and 1980–84) – have played a major role in fomenting such conflicts. In both Kashmir and Punjab, undermining the moderate regional leadership created a political vacuum which enabled the extremist elements to fish in troubled waters. Indira Gandhi’s support for the extremist Sant Bhindranwale in Punjab and Rajiv Gandhi’s rigging of the 1987 assembly election in J&K gave a major fillip to militancy and violence.

On the other hand, flexible federal mechanisms and granting varying degrees of autonomy have generally strengthened relative peace (with some notable exceptions in the Northeast). Historically, federal autonomy rather than arbitrary centralisation has helped India to accommodate sub-national aspirations relatively well and to integrate its multi-ethnic citizenry into the Union. In this context, by demoting J&K, the BJP has gone against received wisdom and taken a huge political risk, with the potential of further alienating a people who already have a fragile relationship with India.

By abrogating Article 370, the BJP has fulfilled its long-held electoral promise. Hence this decision needs to be situated within the BJP’s rightwing Hindutva ideology that views asymmetrical autonomy as an affront to the nation’s territorial sovereignty. However, Amit Shah’s claim that Kashmir separatism has its genesis in Article 370 is contentious.

Article 370 can be seen as an asymmetrical federal arrangement wherein certain rights are granted to some states – in this case, J&K (as well as the Northeast) – but not others. Under Article 370, Kashmir was endowed with provisions to draw up its own constitutional arrangements and to grant citizenship, and it restricted the powers of the central Parliament so that it could only legislate on matters of defence, foreign affairs and communications. However, this arrangement was not granted in recognition of the region’s distinct Muslim identity and nor did it challenge the fundamental construct of the Indian nation-state.

This is different to the asymmetrical arrangements in the Northeast, which recognise these states’ distinct tribal identities and cultures. States like Nagaland and Mizoram were in fact granted a similar status in order to curb secessionist movements, whereas in Kashmir, excessive interference by the centre led to a substantial reduction of the provisions of Article 370. Hence asymmetry in J&K had come to represent the symbolic recognition of J&K’s ‘Kashmiriyat’ identity rather than any substantial autonomy. The manner in which this asymmetry has finally been brought to an end removes that recognition from the state and will immensely weaken the possibilities for lasting peace in Kashmir in the future.

In Kashmir, one of the root causes of the conflict has been the disproportionate interference by New Delhi which has undermined the democratic process and the legitimacy of the regional elite. If the BJP government understood this, then it had little reason to act unilaterally or with force against a people on whose behalf it claims to speak.

At heart this is an ideological battle for the BJP, based on the idea of the Akhand Bharat: a unitary state with one identity. This vision certainly leaves little room for asymmetrical federalism or for the idea that asymmetry can help produce peace. Moreover, the BJP may reap tremendous electoral dividends from the move, although this represents a precarious moment for Indian federalism. What is certain is that this action has irrevocably changed centre/state relations in India, and all the regional forces across the country will have to play their game on this new federal turf.

Smitana Saikia is an Assistant Professor at FLAME University, Pune. Her research interests focus on the intersection of state formation, comparative federalism and electoral and conflict studies.

ASEAN and the rise of China
Fishing in troubled waters: Defence status as an explanatory factor for Duterte’s soft stance in the West Philippine Sea