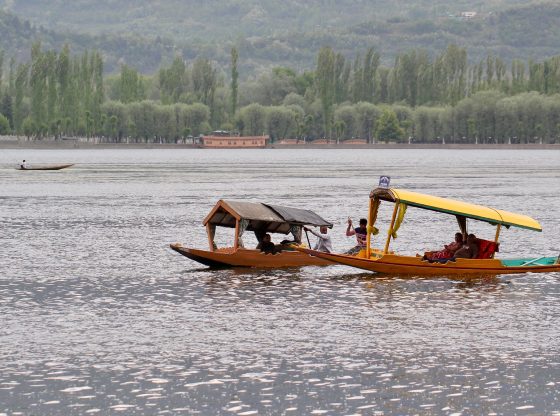 Kashmir used to be considered by many as India’s ‘jewel in the crown’. Not anymore. August 5th, 2019 will be remembered as the day which drastically changed the conflict dynamics of Jammu and Kashmir (J&K), as India revoked Articles 370 and 35(A) which had provided Indian-occupied Kashmir (IOK) with a special status. By changing this area into the union territory (UT) of J&K and Ladakh, things are no longer the same as far as the Kashmir conflict is concerned.

With the Presidential Order revoking J&K’s special status and the subsequent approval rendered by the Rajya Sabha (upper house) and Lok Sabha (lower house) of the Indian Parliament, the die has been cast. The refusal of the Indian Supreme Court for an urgent hearing of a petition challenging the Presidential Order indicates that the regime of Prime Minister Narendra Modi has done its homework and is able to deny any substantial challenge to its unilateral abrogation of J&K’s special status.

It is significant that the Presidential Order was approved in the Rajya Sabha, where Modi’s party (the Bharatiya Janata Party, BJP) lacks a majority. This shows that there is no real political resistance in India to the BJP’s dangerous gamble on J&K. Apart from the Communist Party of India, a segment of the Congress Party, the Chief Minister of West Bengal, and a few other political parties, there has been no significant opposition to Modi’s drastic step of absorbing J&K into the Indian Union.

If granting special status to Indian-controlled Jammu and Kashmir in the past by then Prime Minister Jawaharlal Nehru was a gamble, reversing a historical legal provision which was considered the basis of the relationship between J&K and the Indian Union is a dangerous move.

Why did the BJP take such an extreme decision? Will the Modi regime stick to its decision and risk international isolation and perpetual violence in the part of the Kashmir Valley it occupies, or is it confident that things will normalise with time? August 5th can certainly be equated with momentous events such as the 1947 Partition of the Indian subcontinent and the wars of 1965, 1971 and 1999 with Pakistan, because India is writing a new chapter in history with its unilateral act, which will have far-reaching consequences.

India’s gamble with Kashmir needs to be analysed from four angles. First is the level of confidence expressed by Modi in a speech where he justified revoking Articles 370 and 35(A). This shows that it is not only Modi himself, but a particular mindset which is shaping New Delhi’s new policy and relationship with IOK. Except for a few muted voices against the government, the majority of the political parties and groups are supportive of something they describe as overdue. In his speech, Modi talked about the dividends which will come to the people of J&K and Ladakh after their territories have been absorbed into the Indian Union.

Carrots offered by India to the occupied people of J&K are not new, but the situation is different this time. New Delhi is confident that with the removal of the traditional stakeholders in Srinagar – who had been involved in massive corruption surrounding various development projects – and the absorption of J&K into the Indian Union, it will be easier to provide job opportunities to the Kashmiri youth. Likewise, it plans to utilise the enormous tourism potential of IOK and ensure that the impact of development is felt at the grassroots level. The BJP calculates that separatists and pro-Pakistani elements will eventually be neutralised because the non-Muslim population in J&K outnumbers Kashmiri Muslims, who are concentrated in the Kashmir Valley and the town of Kargil.

Second, ever since its first term in office, the Modi regime has been laying the foundations for its 5th August act. Once the BJP was confident that it could bring its gamble to a logical conclusion, it gave it practical shape in its election manifesto. One needs to bear in mind that the ‘gang of four’ which is responsible for plunging India into this crisis comprises Prime Minister Modi, President Ram Nath Kovind, the BJP Secretary-General and Home Minister Amit Shah, and the Chief of Army Staff General Bipin Rawat, an old BJP supporter. This clique has not only continuously maintained its coordination on IOK matters, but it has also remained determined to integrate IOK into the Union and fulfil the ‘dream of Sardar Patel and Atal Bihari Vajpayee’, according to Modi.

Third, India’s land access to J&K, which was granted by handing over the district of Gurdaspur to India by the departing British in 1947, has enabled New Delhi to ensure the supply of resources and forces to IOK. A semblance of euphoria prevails in India amidst the shock, gloom and anger which one can witness amongst Kashmiri Muslims, due to the revocation of Kashmir’s special status. Many Indians, particularly stalwarts of the BJP and Shiv Sena (a right-wing regional political organisation based in Maharashtra), are openly stating that Indian nationals – who were previously restricted from buying property in J&K, settling there, or voting in the region’s state elections  – are now free to do so.

It will probably take them little more than a decade to alter the demographic landscape of the Valley by turning the Muslim majority into a minority. More than 200,000 Kashmiris who left the Valley of Kashmir in 1989–1990 during the outbreak of violence under the tenure of the ruthless Governor Jagmohan (affiliated to the BJP) will now be free to return to their place of origin. These, along with the influx of non-Muslim Indians into the Valley, will also be able to occupy seats in the J&K assembly over the coming decades.

Fourth, the most dangerous part of the BJP’s gamble is to implement its contingency plan and push hundreds of thousands of Muslim Kashmiris protesting against the 5th August act into Azad Jammu and Kashmir (AJK). This was done previously in 1947 and 1948, when around half a million Muslims from Jammu were pushed into AJK. By getting rid of a large part of the Muslim Kashmiri population from the Valley, the Modi regime hopes to ensure a non-Muslim majority there.

However, this is just one view of the gamble. The other side shows a terrible nightmare for India. Regardless of their political affiliations, the Muslim Kashmiri population will now be united in a sustained struggle against the Indian occupation of J&K. Pakistan will be given a valuable opportunity to discredit India at the international level and campaign for India’s isolation. Human rights’ violations and the illegality of the 5th August decision will also mobilise serious opposition inside India. The rising number of casualties among Indian soldiers combatting the Kashmiri resistance will lead to demands for an end to the Indian occupation. Over time, India will be plunged further into a quagmire which will provide an impetus to separatist movements in Punjab, the Northeast and other regions of India.

Can Pakistan, with its own serious economic and governance crises, effectively exploit popular sentiment among the Kashmiri Muslims against the revocation of Articles 370 and 35(A) and India? If Pakistan were economically and politically stable and a model of good governance, it would be in a better position to render substantial support to the Kashmiri cause. As it is, however, with political polarisation in Pakistan at its peak following an alleged victimisation campaign by the PTI government against its opponents, one cannot expect any national unity in the wake of India’s 5th August act.

Dr Moonis Ahmar is former Dean Faculty of Social Sciences and Meritorious Professor of International Relations at the University of Karachi, Pakistan.

*This article was originally published by The Express Tribune and has been republished with the permission of the author.

Fishing in troubled waters: Defence status as an explanatory factor for Duterte’s soft stance in the West Philippine Sea
Threats and Opportunities for Taiwan in the Trump and Xi Era