Threats and Opportunities for Taiwan in the Trump and Xi Era 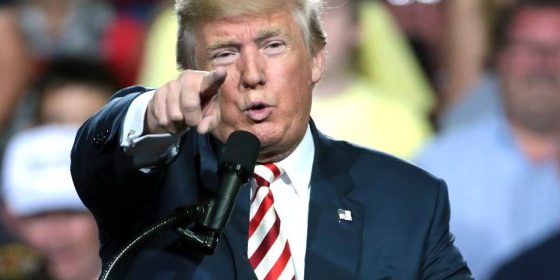 With so much going on, it is a daunting task to read the tea leaves on Taiwan’s evolving role in the world. Still, there are reasons to be guardedly optimistic about Taiwan and its future. Somewhat counter-intuitively, the sources of this optimism are not friends of Taiwan’s hard-won liberal democracy—Donald Trump and Xi Jinping.

Let’s start with President Trump. Amid all the chaos and abject awfulness, Trump’s singular mix of ignorance and narcissism has—deus ex machina-style—finally jolted Washington out of its engagement-first rut. Beijing’s stubborn dive into a retaliatory spiral means that Washington’s thinking on China is now free to seek a new, more realistic equilibrium. This process will be messy, unseemly, and tend toward overreaction. But it is necessary and, with some caveats, likely to benefit Taiwan.

Xi presents a much more dangerous challenge for Taiwan. Like a gambler risking it all to try to avoid realising the loss, Beijing is doubling down on a hard-line approach

In contrast to Trump the disruptor, Xi Jinping’s stolid system maintenance may be a blessing for Taiwan. Xi famously blamed the fall of the Soviet Union on no one being man strong enough to come out and resist, and he seems fixated on warding off the same fate for his CCP. On the surface, this ‘coming out and resisting’ looks like strength, and Xi has been labelled the strongest leader since Deng Xiaoping or even Mao. However, I suspect his position is more like Churchill’s dictator riding to-and-fro on a tiger – a tiger comprised of a tangled web of coalitions and powerful vested interests, held together by an expanding mountain of bad debt and an increasingly shrill and paranoid nationalism. Consequently, Xi is incapable of changing course or leading in any real sense. Instead he can only double down, repress and restrict, kick the can down the road, try to appear strong where he is weak, and generally hope that somehow it will all work out in the end.

Beijing’s domestic and foreign policy problems keep going from worse to worse. By lining up the CCP against the world, Xi is inadvertently strengthening Taiwan’s autonomy.

This environment poses real risks for Taiwan. Trump is unreliable and could yet do real damage to Taiwan in seeking a ‘great deal’ with China. Taiwan also risks being tainted by association with Trump. This danger was more apparent early on when some framed president-elect Trump’s phone call with Taiwan’s President Tsai Ing-wen as an example of Trump’s naivety and Taiwan’s dangerous machinations. However, Trump’s erratic behaviour worked in Taiwan’s favour. Trump’s declarations of friendship with Xi and his intimations that the Huawei ban and support for freedom in Hong Kong are all on the negotiating table, means that Trump has become associated with being soft on Beijing. Perhaps luckily for Taiwan, it will be Xi and not Tsai who will be remembered in Washington as one of Trump’s ‘friends’, alongside the likes of Russia’s Putin and North Korea’s Kim Jong-un.

Xi presents a much more dangerous challenge for Taiwan. Like a gambler risking it all to try to avoid realising the loss, Beijing is doubling down on a hard-line approach. Summed up by the slogan making the ‘soft softer, and the hard harder’, Beijing is waving bigger carrots and bigger sticks in Taiwan’s direction, ramping up interference in Taiwan’s politics. It is hard to overstate the level of threat this move represents, backed as it is by a hyper nationalistic and overconfident Chinese military with unprecedented firepower at its disposal.

Still, as serious as these risks are, I can’t help but think they are outweighed by the opportunities presented by growing Chinese power. It still amazes me how many observers see a linear relationship between the power of the CCP party-state and its ability to achieve its goals. Conversely, the more powerful—and threatening—China becomes, the more resistance and frustration it will face.

Beijing’s aim of annexing Taiwan is a perfect case in point. When the CCP was weak, other actors, including within Taiwan itself, were willing to fudge Taiwan’s status because they were focused on what they saw as other, more pressing issues. Now, China’s risen power means that it is the pressing issue for a growing plurality of policymakers. Hence, defending and enhancing Taiwan’s autonomous status has become an important way to push back against growing threat of China. To give up Taiwan’s autonomy is to give up the means to defend it at a crucial moment, and so the Taiwan-located international and domestic pushback will continue to intensify.

This dynamic explains much. By trying to push its policy to a final resolution, Beijing is trying to change the status quo. But no amount of tweeting by Chinese ambassadors or open letters by pro-engagement scholars and former officials can change the overall trajectory. Similarly, even if Beijing succeeds in helping its preferred presidential candidate get elected in 2020, it will only be adding fuel to the resistance. Should Beijing continue to threaten the interests of Taiwan, the US and other interested parties will continue to coalesce into a stronger countervailing coalition, seen in the US upgrading its intergovernmental links and selling more formidable arms to Taiwan. More examples are Taiwan’s Foxconn shifting the production of Apple iPhones from China to India, Japan’s ongoing strengthening of its capacity to intervene in a defence of Taiwan, and Australia’s anxiety over the Solomon Islands’ public musings of switching official diplomatic ties from Taipei to Beijing.

Chinese nationalists will dismiss these steps as paper tigers outmatched by China’s growing power and superior strategic intelligence. But this is precisely the point! Beijing will continue to ignore these clear signs that it is heading for a dead end, and Taiwan’s links with the world will continue to grow, along with the economic and security risks entailed by drawing Beijing’s ire. But with some luck and hard work on the part of the Taiwanese and their likeminded friends abroad, this shared resistance will ultimately provide the means to keep Taiwan and its democracy safe.

Joel Atkinson is an Associate Professor at Hankuk University of Foreign Studies (HUFS) in Seoul, South Korea where he teaches and researches Northeast Asian politics and international relations. His most recent publication is ‘Aid vs. “Aid”: Foreign Aid in Mao‐Era China’s Public Diplomacy’ in the Australian Journal of Politics & History.