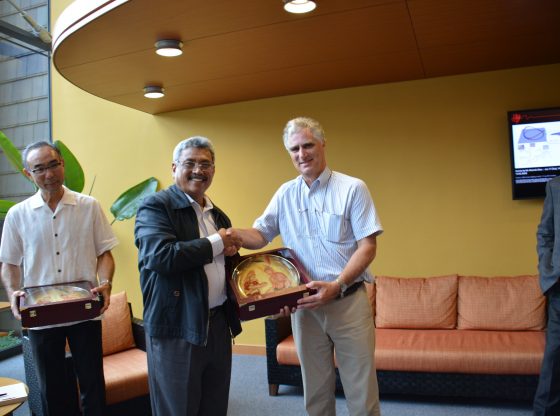 ‘The terror of the state of nature drives anguished individuals to come together; their fear rises to an extreme; a spark of reason (ratio) flashes, and suddenly there stands in front of them a new god.’  (Carl Schmitt, Crown Jurist of the Third Reich, 1938)

On 11 August 2019, Sri Lanka’s main opposition party, the SLPP (Sri Lanka Podujana Peramuna), nominated Gotabaya Rajapaksa, the former Defence Secretary and a brother of former President Mahinda Rajapaksa, to be its candidate in the forthcoming presidential elections. In 2009, Gotabaya oversaw the slaughter of tens of thousands of Tamils in Mullivaikkal during the final stages of the Sri Lankan conflict.

Politics in Sri Lanka is driven by the Sinhala community, who live under the preconception that they are constantly at war, constantly within a state of exemption, and must do all they can to safeguard their faith, their community and their nation

The final phase of the conflict witnessed a series of human rights abuses, including the shelling of hospitals, embargoes on food and medicine, and the disappearance of tens of thousands of civilians. Gotabaya stands accused of personally giving the order to execute those who surrendered. When asked how he remembered these atrocities he is reported as saying: ‘It was with a sense of quiet joy that I watched the last phase of the war ending at Nandikadal Lagoon’.

These abuses were not limited to the war, however, and Gotabaya was known to use extrajudicial methods to crack down on critics. He was accused of operating abduction teams known as ‘white van’ squads, that would take away suspected rebels and dissident journalists if they were considered too critical. Some of those abducted were later released, but others were never seen again.

Recently, he has had to renounce his dual US citizenship due to concerns that he may be found guilty of directing torture and be implicated in the death of leading journalist Lasantha Wickramatunge in 2009, although he claimed that this was merely a practical measure, since Sri Lankan law does not allow dual citizens to hold political office.

Gotabaya’s nomination is undoubtedly concerning – even more so as he is likely to gain the Presidency – because it fits within a broader trend in Sri Lankan history, whereby Sri Lanka views itself as a nation besieged by foreign enemies, both domestically and internationally.

A nation constantly at war

According to Mario Arulthas, Advocacy Director for the Washington DC-based ‘People for Equality and Relief in Lanka’:

‘After 1948, newly independent Sri Lanka embedded a virulent form of Sinhala Buddhist nationalism in the formation of the state. This ethos, in simple terms, holds that the entire island is home to Sinhala Theravada Buddhism and that minorities are invaders, who will be tolerated if they accept Sinhala hegemony. Any threats (perceived or real) to the Sinhala identity of the country are attacked resolutely.’

This virulent nationalism is evident in the constitution, which still places Buddhism above other religions and assigns the state the responsibility ‘to protect and foster’ Buddhism. It is evident in the military, with some units such as the Vijayabahu Infantry Regiment being named after ancient Sinhala kings famed for defeating Tamil ‘invaders’. It is evident through the stance of state officials, who guarantee that their ‘war heroes’ will not be held accountable.

Professor Kate Cronin-Furman has stated that politics in Sri Lanka is driven by the Sinhala community, which is a ‘majority with a minority complex’, who live under the preconception that they are constantly at war, constantly within a state of exemption, and must do all they can to safeguard their faith, their community and their nation.

These fears are deeply woven into the fabric of Sri Lankan society, and for many Sri Lankans they were validated on Easter Sunday, 21 April 2019. On that day over 250 innocent lives were taken as militants bombed a series of Christian churches and luxury hotels. The Islamic State of Iraq and the Levant (ISIL or ISIS) claimed responsibility for the bombings.

Following the bombings, the hardline Buddhist nationalist organisation, the Bodu Bala Sangha (BBS), claimed that their fear of foreign forces was consequently justified. The BBS has openly supported Myanmar’s Buddhist extremist 969 movement, which has been accused of driving support for the ethnic cleansing of the Rohingya Muslim community in that country.

In April 2019 Sri Lankans believed that they were once again at war, this time against the forces of ‘Islamic terror’. Gotabaya’s appeal is premised on his ability to be the strong man and to stand over the huddled masses and anguished individuals as their protector, their ‘new god’.

At the launch of his presidential campaign, Gotabaya said: ‘My top priority will be ensuring security in the country without allowing extremist terrorists to raise their heads. I will accept responsibility for your safety and the safety of your children and your loved ones.’ The message is clear: Gotabaya, and he alone, is able to protect Sri Lankans.

Sri Lanka’s liberal politicians have tried to position themselves as ‘moderates’ as an alternative to the direct authoritarianism of the Rajapaksa family, but beneath this veneer, they perpetuate Sri Lanka’s underlying anxiety. President Maithripala Sirisena has repeatedly told his supporters that he will refuse to ‘prosecute war heroes’, and he has depicted international pressure to do so as an invading ‘foreign force’ which threatens the sovereignty of the nation.

Rain Wickremesinghe, Sri Lanka’s Prime Minister, has also fanned the fires of these anxieties, paying homage to nationalist forces and positioning himself with the Rajapaksa family when it suits his political interests. However, when running in opposition, he claims to be their fiercest opponent and to offer a genuine alternative. On 13 August 2019 Ahimsa Wickramatunge, daughter of the slain journalist Lasantha Wickramatunge, wrote a letter to the Prime Minister exposing the fallacy of his claims. She stated:

‘[…] No. Gotabaya Rajapaksa will never apologise for my father’s murder. In television interviews over the last 10 years, he has made no secret of the fact that he was proud of it. He has made up his mind not to apologise. But have you, Prime Minister? Will you apologies for spending the last four and a half years protecting and cavorting with the man you today call a mass murderer?

From the day my father died, you have invoked his name to win votes. My father’s murder was a prop in the 2015 presidential and parliamentary election campaigns that made you Prime Minister. You brought President Sirisena to power and won control of Parliament for the UNP, all by promising justice for my father’s murder.

As soon as you came to power, your priorities changed.’

Sri Lanka finds itself in a cycle of believing that progressive change is possible and then being disappointed. This is especially true for the Tamil community, which has become increasingly disillusioned by the government’s promises. We can no longer have faith in domestic-led change. International accountability and true reconciliation are therefore needed.

Viruben Nandakumar is a recent graduate from the London School of Economics, where he completed an MSc in Political Theory. He contributes to the online newspaper The Tamil Guardian and blogs at: https://virubenn.wordpress.com/.

The Turkish Understanding of “One China”: Turkey’s Delicate Policy Balance between Taiwan and China
Beijing’s Rise and Taiwan’s Decline in Africa: What Does the African University Tell Us?