The Turkish Understanding of “One China”: Turkey’s Delicate Policy Balance between Taiwan and China 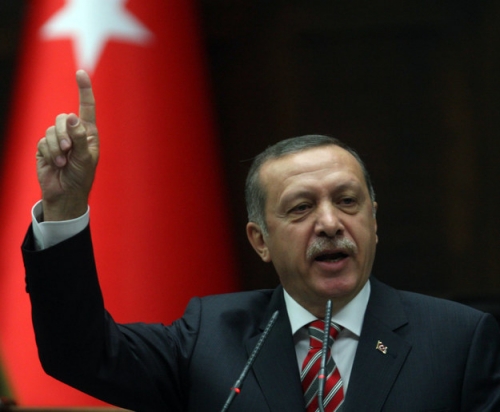 Turkey has maintained long-term relationships with both China and Taiwan since the founding of the People’s Republic of China (PRC) in 1949 and the relocation of Republic of China (ROC) to the island of Taiwan. Under the One-China Policy, Turkey recognised the ROC on Taiwan as the legal government over the Mainland from 1949 to 1970. Turkey, like many of its NATO allies, switched its position in 1971 to recognise the PRC as the legal representative of the whole China and moved its embassy from Taipei to Beijing.

After ceasing all diplomatic relations in 1971, Ankara and Taipei needed to re-establish their relations in the late 1980s to address both countries’ rising economic potentials. This period saw many Western countries severing their relations with Beijing over Tiananmen Square in 1989, and Ankara’s relationship with Beijing become strained in the early 1990s due to the Xinjiang Uyghur issue. Ankara and Taipei took advantage of the economic and political climate to upgrade their relationship. Taiwan established the “Taipei Economic and Cultural Mission” in Ankara on 21 August 1989 and Turkey re-established its diplomatic mission in Taiwan on 12 November 1993 under the official auspices of the “Turkish Trade Office”. In the following years economic relations between Turkey and Taiwan witnessed considerable expansion.

Throughout the 2000s Turkish–Chinese relations experienced an unprecedented expansion and deepening, and compared to the early 1990s, Ankara’s policy towards Taipei became more cautious. Despite Ankara and Beijing’s steady development of bilateral cooperation, the Uyghur issue has remained an intermittent source of tension. Ankara maintains a delicate balance between its relations with China and strong public sentiment of support for the Uyghurs. Relations were severely strained  after the Turkish government criticised the heavy-handed suppression of the 5th July 2009 Urumqi riot. Relations suffered again in February 2019 when the Turkish Ministry of Foreign Affairs issued a strongly worded condemnation of Uyghur detention camps in Xinjiang.

However, Turkish President Recep Tayyip Erdoğan quickly stabilised relations by repeatedly emphasising Turkey’s full respect of the One China policy and China’s territorial integrity, of which Taiwan is claimed as one part. Just as Turkish Foreign Minister Mevlüt Çavuşoğlu did in Beijing in August 2017, Erdoğan delivered the assurance that Ankara will not allow any anti-China activity in Turkey. Erdoğan’s visit to China hoped to secure strategic support in case of two possible sanctions: US sanctions in response to Russian’s S-400 missile delivery to Turkey and European Union (EU) sanctions over Turkey’s hydrocarbon exploration in the eastern Mediterranean, where Turkish drilling has put the country at odds with the Republic of Cyprus. Whether Xi’s statement that “China and Turkey should work to uphold a multilateral world order with the United Nations at its core…” meets Turkey’s strategic expectations is yet unclear. It is highly likely that Beijing will avoid any potential tension between Turkey and NATO or the EU.

How Turkey and China can develop a road map to upgrade their political and economic relations remains to be seen, but Ankara’s rapprochement with Beijing may result in a more cautious stance towards Taipei. The Chinese government has become more sensitive about developments in Xinjiang and Hong Kong and will be less tolerant to Turkey intensifying cooperation with Taiwan.

Despite warming Turkish-Chinese relations, Taiwan has continued to be Turkey’s main economic partner in Asia. As table below indicates, Turkey’s trade volume with Taiwan from 1970 to 1990 was greater than with China. Due to the success of Taiwan’s development model, Taiwan was regarded as window of opportunity for Turkey during those years. Turkey-Taiwan trade peaked in 2017 at $2.2 billion. In the last decade China became Turkey’s third largest trade partner after Germany and Russia, with bilateral trade volume reaching $28.3 billion in 2013.

The emerging problem of Turkey’s trade with Taiwan is that it is highly imbalanced to the detriment of Ankara. In fact, of the $1.9 billion in bilateral trade in 2018, $1.6 billion was Turkish imports from Taiwan. Considering Taiwan’s competitive advantage, Ankara wants to compensate for this imbalance through tourism and Taiwanese investments into Turkey. The 2018 total of $640 million of Taiwanese investment into Turkey signalled the potential for future economic cooperation. This made Taiwan the fourth largest investor in Turkey that year. Turkey faces a similar problem with China. In 2018, Chinese exports to Turkey comprised $20.7 billion of $23.6 billion total bilateral trade volume. Ankara has similarly tried to balance this deficit with Chinese investments and tourist flows.

Yaser Tai-hsian Cheng, Representative of the Taipei Economic and Cultural Mission in Ankara, said in July 2019 that Turkey and Taiwan cooperate on culture, healthcare, medicine, agriculture, science, and smart cities. According to Cheng, Taiwan wants to use Turkey as a regional investment hub for Europe, Africa, and the Middle East. However, the two countries’ continuing double-taxation problem has shifted Taiwanese investors from Turkey to Poland, Czechia, and Slovakia.

Turkey and Taiwan’s relationship has stabilised in recent years. However, the signing of Free Trade Agreement (FTA) and an agreement to prevent double-taxation seems unlikely to survive Beijing’s objection. As Ankara is trying to fully normalise its relations with Beijing after the recent Uyghur camp crisis, Turkey is avoiding any potential crisis over Taiwan. Taiwan also prefers a low-profile approach to developing relations with Turkey to avoid provoking China’s retaliation. Under these circumstances, we cannot expect much progress for Turkey-Taiwan relations in the coming years.

Selcuk Colakoglu is a professor of International Relations and Director of The Turkish Center for Asia-Pacific Studies in Ankara, Turkey. He tweets at @seljuk3 Email: scolakoglu@gmail.com.

Taiwan and the Vatican: Relations from Past to Near Future
Gotabaya: Sri Lanka’s strong man?