Is Han Kuo-yu a Populist? 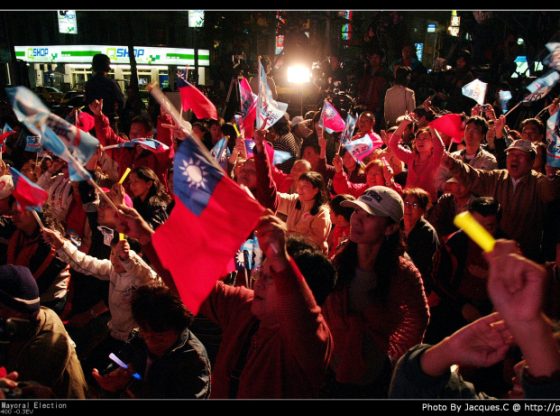 When informed observers comment on recent political developments in Taiwan, they are quick to point at the dramatic rise of Kuomingtang (KMT) presidential candidate Han Kuo-yu as evidence of a populist surge. The eponymous ‘Han wave’ (hanliu) swept Han, a 62-year old former legislator, from relative obscurity, into office as Kaohsiung’s mayor in November 2018 and, last month, to decisive victory in the KMT presidential primaries. He is thus likened to political figures such as Donald Trump, Jair Bolsonaro, Viktor Orbán or Matteo Salvini, who have helped right-wing parties across the globe to (re)gain political clout and put pressure on established democracies.

The global rise of populism is typically attributed to widespread frustration with social cleavages and economic inequalities wrought by neoliberalism, fuelling mistrust of existing power structures and a complacent political class, perceived as concerned principally with maintaining its privileges. According to most definitions, populism is anti-establishment in that it mobilises ‘the people’ against those in power – elites, political parties, capitalists. It is loud, nationalistic, anti-democratic, xenophobic and homophobic. Beyond aggressive posturing, however, it has no coherent ideology, is opportunistic and deploys shallow, insubstantial and often inflammatory rhetoric to mobilise ordinary citizens to fight their opponents on every field. Populism also has a religious dimension in that its leaders are revered like prophets or gods who will lead ‘their people’ into a better future.

Most importantly, Han Kuo-yu is not anti-establishment, at least not in the way most populists are. He has not attacked Taiwan’s democratic system or (so far) the KMT leadership

Is Han Kuo-yu a populist by these measures? He has certainly mobilised ordinary citizens. They flock to see him wherever he appears in public, with hundreds of thousands taking to the streets to support his presidential bid. The quasi-religious devotion of many ‘Han fans’ (hanfen) leaves rational bystanders speechless. Like populist leaders elsewhere, Han tosses simplistic slogans to would-be voters (‘Make Kaohsiung rich again’, ‘talk economics, not politics’, ‘develop Taiwan’) and soothing messages to the business community (‘Don’t worry. I am absolutely clear about the future of the Republic of China’). But no matter how empty his political messages, his supporters seem enthralled by the political promise he embodies.

Unlike many populist leaders, Han’s public speeches have not been xenophobic, nor has he polemicised against LGBTQ rights (though he has promised to undo recent legislation allowing same-sex marriage should he be elected president). Moreover, his support for the ‘1992 consensus’ sounds more opportunistic than driven by pan-Chinese nationalism and his commitment to cross-Strait economic exchange does not prove that he supports ‘unification’ or wants to cosy up to the Chinese Communist Party. His behaviour, in fact, confirms populism’s non-committal attitude towards ideology in which the latter serves the former’s quest for power rather than expressing a genuine political commitment.

Most importantly, Han Kuo-yu is not anti-establishment, at least not in the way most populists are. He has not attacked Taiwan’s democratic system or (so far) the KMT leadership. Although some members of his inner circle have called for Han to replace Wu Den-yih, the KMT’s experienced party chief, to ensure unqualified support from the party apparatus during the upcoming presidential campaign, they have been unsuccessful. During a recent party convention, it was decided that a presidential candidate need not also be party chairman. This measure suggests that the KMT’s upper echelons have strong reservations about the ‘Han fans’ but dare not oppose them directly. Wu Den-yih’s decision to push Honhai Precision’s founder Terry Gou to run in the KMT’s presidential primaries was likewise an obvious attempt to subdue the ‘Han wave’.

Kingmakers like Wu, former president Ma Ying-jeou or former legislative speaker Wang Jyng-ping must find it hard to accept a ‘nobody’ like Han ‘hijacking’ the party and dragging everybody else into line. However, they have no choice but to support him now. Han Kuo-yu is the price the KMT must pay to return to power.

Does their Faustian bargain threaten Taiwan’s democracy? To be sure, Han displays populist tendencies. But the ‘Han wave’ has not deluged Taiwan with right-wing nationalism and xenophobia as contemporary populism has elsewhere. On a personal level, Han is not ‘loud’ but polite and patient when facing his many opponents and critics. This behaviour is a strategy to convince Taiwan’s voters that he stands for a different – ‘more civilised’ – culture of political debate.

However, while Han Kuo-yu himself may not be a problem for Taiwan’s democracy, the ‘Han wave’ is. Many so-called supporters of the Kaohsiung mayor attack political opponents both online and offline. Even if some are ‘fake supporters’ operating from abroad, such as mainland China, it is undeniable that the vast majority are ardent supporters. The extent to which Han engages in empty talk instead of making serious policy suggestions is also worrying, as is the media’s contribution through biased, superficial or simply bad journalism.

It is still possible, nonetheless, that those Taiwanese who have been seduced by the populist Zeitgeist will come to their senses and demand from their leaders what voters in any democracy should: substantial policies to solve real problems and rational debate on what kind of policies serve this purpose best.

Are we witnessing a paradigm shift in Pakistan’s politics?
The Youth Ambassadors and Taiwan’s Performative Cultural Diplomacy: “Some of the dancing, yeah, I don’t really understand [it]”