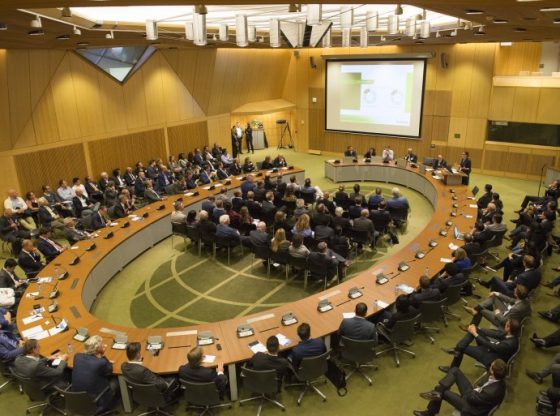 Southeast Asia (SEA) is one of the foremost target regions of President Tsai Ing-wen’s New Southbound Policy (NSP). The NSP seeks to guarantee Taiwan’s trade prospects and stabilise the Republic of China’s status through economic and people-to-people integration.

Tensions in the Asia-Pacific region have steadily intensified in recent years. As the People’s Republic of China (PRC) rises so too does the US’s perception of China as a threat. The trade war on tariffs is affecting trade and currency around the world, while great power projections seem unsettlingly prone to focus on Asia. SEA has emerged as “the most contested space in the Indo-Pacific” in the recent eponymous think tank report “Contested Space”. The authors recommend the US government counterbalance the PRC’s rising assertiveness and rely closely on its old allies in the region, particularly Japan. What role does Taiwan have being caught in the middle of this great power play?

Tsai Ing-wen is balancing on a tight rope. Ever since becoming president, she has balanced intensified investments to attract foreigners against calming domestic political discontent, such as unpopular labour reforms and criticism of the DPP’s cross-Straits policy. Tsai is also balancing international concerns, caught between pacifying old friends while promoting Taiwan’s claims to the highly “contested space” of SEA.

As a matter of fact, the “sea” is the common factor, as Tsai emphasised on 6th August at the Asian-Pacific Parliamentarians’ Union (APPU). The APPU was founded in 1965 as a multilateral platform “…for building regional friendship, peace, and stability, and safeguarding the values of democracy and freedom.” While there, Tsai stressed a focus on maritime issues and linked the political frame of how shared dependency of the sea creates a responsibility for cooperation. She emphasised multilateralism for the higher goal of achieving the United Nations Sustainable Development Goals, hoping “to begin a new era of sustainable development in the Indo-Pacific region”. The participating states’ livelihoods depend on the ocean, as well as “democracy” and an “inclusive and pluralistic society”. Her standpoint should remind the audience of their commitment to the multilateral path and to never forget the political threats that brought them together in the first place. But Tsai’s strong emphasis on regional multilateral cooperation also indicates increasing pressure on Taiwan’s diplomatic attempts to ensure its recognition.

In summer 2016, Tsai launched the NSP as a renewed approach to Taiwan’s foreign policy seeking to enhance economic trade in favour of Taiwan’s stagnating economic development. Relying on the formula ‘people first’, Tsai also promised to enhance people-to-people integration among the 18 target countries in Southeast Asia and ASEAN members, including Australia, New Zealand, India and Pakistan. Under the NSP the government created a flagship policy of a range of opportunities for cooperation throughout the region to foster interdependency and claim the role of mid-wife in terms of high talented development.

In October last year, Tsai opened the Yushan Forum (玉山論壇) reaffirming the benefits of the NSP to Taiwan. She emphasised as merit to her policy an increase of 15% with the target countries due to sign 69 Memorandums of Understanding and Letters of Cooperation. One of the new aspects of the NSP was to go beyond trading goods and create good relations by proving medical treatments, technology transfers and increase both tourism and study opportunities for cultural exchange. Tsai’s administration lifted certain visa regulations and attracted a great deal of Muslim citizens of neighbouring SEA countries through its talent programs, as seen in the holding of the Higher Education Exhibitions for Thai students in Bangkok 27-30 July this summer.

Taiwan has also relied on the diversity of its cultural identity. Although not a prominent trait of the NSP, Taiwan is emphasising the cultural heritage of its indigenous and non-Han peoples. By holding this year’s meeting of the Council of Indigenous People (CIP) at the Grand Hotel and the following forum at the National Central Library, Taiwan strengthened its commitment to these identity traits in the eyes of SEAs countries. The fact that the Taiwanese representative to the 2018 Austronesian Forum was elected as chairman demonstrates the Forum’s confidence in Taiwan’s leadership and indicates support for Taiwan’s cause. However, to function in a role relevant to great power competition for contested spaces in SEA remains a distant goal.

Although Taiwan is diversifying its economic ties in the region and rerouting trade dependency from Mainland China as part of “Taiwan’s pivot to Southeast Asia”, the question of the NSPs long term goal still remains: Will the NSP stabilise Taiwan’s statehood regionally and globally?

Josie-Marie Perkuhn is an academic researcher at the Political Science Department of Kiel University. She studied Political Science and Chinese Studies in Heidelberg, Shanghai and Chengdu. Her PhD research on the PRC and International Relations brought her to Tsinghua University and Beijing in 2014/2015, and as Taiwan Fellow 2017 to the National Chengchi University (NCCU) in Taipei.

The Youth Ambassadors and Taiwan’s Performative Cultural Diplomacy: “Some of the dancing, yeah, I don’t really understand [it]”
Chinese soft power and outbound tourism to Africa