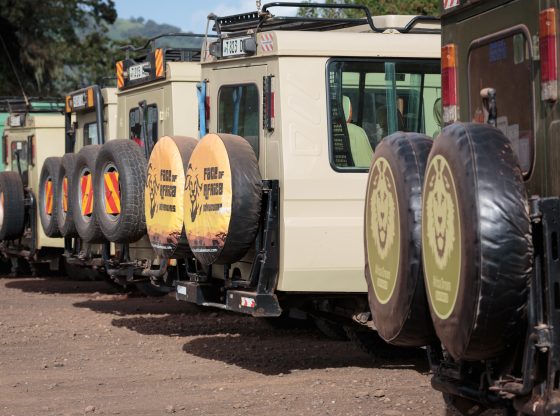 The increase of Sino-African interactions in trade, aid and investments has attracted Chinese tourists to Africa. The Beijing Action Plan of the Forum on China-Africa Cooperation (FOCAC) outlines China’s cultural diplomacy in Africa, delineating a number of areas of cultural cooperation, namely: education, the press, publishing and media; and tourism and people-to-people exchange programmes in academia and think tanks among young people, women and athletes.

Although scholars of International relations (IR) have detected that tourism is one way of manifesting soft power, they do not feel either comfortable or ready to bring the promotion of tourism into standard IR discourse. This is in contrast to scholars of tourism studies, who have already recognised the political nature of China’s outbound tourism, particularly to less developed areas such as Africa.

Since China’s return to Africa in the mid-1990s, cultural exchange has become an important factor in Sino-African relations

The soft-power message that Beijing seeks to convey to African states is that China is a benevolent power willing to take care of weaker and smaller countries and to develop harmonious relations with others. China does not wish to be seen as rising at the expense of others. Chinese tourists bring economic benefits to African countries, but there is little economic return for China. This is one example where Beijing shows that it is making sacrifices in order to help its weaker counterparts.

Politics dictates China’s use of outbound tourism to various African countries. This medium, which enables Beijing to achieve its political aim, is not simply economic but also cultural: tourism essentially encourages encounters between people from China and African countries, and as part of this process, an exchange of culture also occurs.

In fact, since China’s return to Africa in the mid-1990s, cultural exchange has become an important factor in Sino-African relations. The head of the Chinese Ministry of Foreign Affairs’ African Department, Counsellor Wang Shiting, stated that: ‘Africa has always been a top priority of China’s foreign policy agenda because there is not only the common interest but most importantly there is a shared emotional bondage [sic] between China and Africa that spans over centuries’. Hence a great deal of cultural interchange occurs naturally, either through immigration or through tourism between China and Africa.

Not all scholars and experts are optimistic about China’s soft power influence, however. Our own stance is in line with that of Li Mingjing, who argues in his paper on the domestic sources of China’s soft power approach that whether a certain source of power becomes soft or hard depends on how it is used. (This is not the same as Joseph Nye’s theory about resource-based soft power.) Economic incentives such as those generated by Chinese tourism to Africa can be considered soft power because these economic incentives are not used to coerce African counterparts. If economic tools are used to coerce, then they are considered hard power.

To maximise the economic benefits for African countries, local tourist operators need to learn Chinese language and culture, as well as to understand Chinese preferences and behaviour. Part of this knowledge is accumulated via interactions with Chinese people and learning by doing.

While such economic and cultural activities do of course facilitate exchanges between people from China and African countries, it is hard to measure exactly how they actually help Beijing to achieve its foreign policy aim. However, the effectiveness of such exchanges should not be exaggerated either.

For instance, the expectation that Chinese tourists will serve as ‘ambassadors for China’ is more a beautiful slogan than reality. Chinese tourists in Africa generally come in groups on package tours. Their destinations and routes are normally fixed. They do not get to meet those locals who have no experience of China and things Chinese. Rather, they meet the locals who have been trained to some degree to attend to their needs. Consequently, the outreach of such ‘Chinese ambassadors’ is actually rather limited.

Furthermore, cultural encounters are not always peaceful. Misunderstandings and cultural clashes can damage relationships between peoples and create unpleasant impressions of one another. Again, how such exchanges at the individual and cultural level can affect relations at the state level is unclear and difficult to measure.

There is great ambiguity over how to evaluate the soft-power influence of China’s outbound tourism to Africa, and we do not think we are able to offer a comprehensive measurement. The focus of our own study, therefore, was to examine only how African countries respond to the idea of attracting Chinese tourists to the continent.

We found that the most active African government in luring Chinese visitors appears to be South Africa. In fact, South Africa, Zimbabwe, Tanzania, Kenya, Ethiopia, Namibia and Morocco are the only African countries that have set up promotion agencies in China. After all, China cannot wield its influence unilaterally.

Niall Duggan is a Lecturer in International Relations in the Department of Government, University College Cork, Ireland, and a Senior Researcher at the Institute of East Asian Politics, Ruhr University Bochum, Germany.

Their co-authored paper on Chinese soft power and tourism to Africa can be found here.