The Chinese model in Africa and its wider challenge 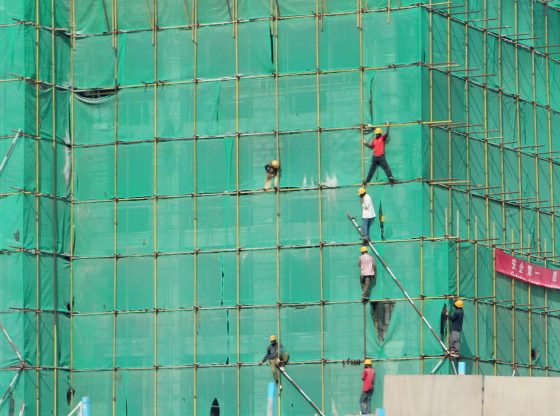 Throughout its history, China’s rulers have often sought to present it as an example for other nations to follow. Hence China has been regarded as a cultural paradigm during the imperial era and as a template for agrarian communist revolution during the Cold War, where Beijing attempted to promote its Maoist doctrine to the postcolonial world. In more recent years, China has been perceived as an economic paradigm as a result of its experience of rapid economic development.

The Chinese economic model, commonly known as the ‘Beijing Consensus’, has been seen by many developing nations as an alternative to the more established model of the Washington Consensus. It is the Chinese model and its wider appeal that has played a notable role in furthering China’s influence in the African states. It is also the aspect of the wider challenge posed by China’s development that has most often been overlooked.

The Beijing Consensus represents the most successful aspect of China’s soft power offensive, which has enhanced the appeal of Chinese initiatives in the African states and the developing world

The Chinese economic model represents the latest phase of the East Asian model of state capitalism. This played a notable role in the modernisation of Japan during the Meiji Restoration of the mid-nineteenth and early twentieth centuries as well as in that country’s postwar economic boom. China’s development model can also be characterised by what Ho Kwon Ping terms ‘neo-Confucian state capitalism’. It is these policies that have enabled China along with East Asia to become one of the engines of the global economy. They have also attracted the attention of the developing world, dissatisfied with the free-market policies promoted by the Washington Consensus.

As with much of China’s foreign policy, the Chinese model has been subject to misinterpretations. The most common of these is the perception that Beijing aggressively promotes this model in a manner similar to the Soviet Union’s attempts to spread communist ideology during the Cold War.

Such an image is flawed, because it overlooks how Chinese policymakers are themselves sceptical about whether China’s development model can be replicated successfully outside of China. The biggest advocates of the Chinese model have not been the elites in China, but those in the developing world. One recent example is South Africa’s Cyril Ramaphosa, who claimed that South Africa has a lot to learn from China’s experiences of development.

China has had its own experiences as a developing nation, and this aspect is particularly attractive to nations in the developing world, in that they feel united by their shared historical experiences rather than by their economic status.

The Beijing Consensus therefore represents the most successful aspect of China’s soft power offensive, which has enhanced the appeal of Chinese initiatives in the African states and the developing world more generally.

This raises the question, however, about whether China’s approach to soft power is truly soft power, as defined by Joseph Nye’s seminal work, since it emphasises China’s economic prowess rather than the traditional components of popular culture, governance and foreign policy, defined by Nye as being the determinants of a nation’s overall attractiveness to others. It is the attractiveness of the Chinese model that has enhanced the appeal of China’s vision for African development, a vision that has been crucial in winning African hearts and minds.

On the other hand, the Chinese development model has been one of the more controversial aspects of China’s relationship with the African states. While these policies played a significant role in lifting over 800 million people out of poverty in China, this outcome was achieved without the adoption of democratic norms, which challenges many of the established paradigms concerning development – most notably, the assumption that development is impossible in the absence of democratic norms. Consequently, there are fears that the appeal of the Chinese model could lead to the promotion of authoritarian norms under the guise of economic development, as borne out by China’s perceived support for authoritarian nations in the African continent.

It is this aspect that symbolises the wider challenge posed by the Chinese model, although it has often been overlooked due to the more usual focus on China as a political or military challenger. As with the paradigms of development, adoption of the Chinese model questions the dominant assumption that capitalism and democracy are connected, which has been part of the core wisdom of the post-Cold War liberal order.

While it is unclear whether the Chinese model can be replicated in an African context, the Beijing Consensus has nevertheless played a significant role in China’s relationship with the African states, which has been furthered by the general appeal of China’s vision for the continent.

The appeal of the Chinese model demonstrates that China’s gains in the African states are not merely the result of bribing corrupt local elites with Chinese money, but rather have come about through winning over many of these states. An example of this is given by French President Emmanuel Macron’s attempts to boost French influence in Africa, which was derided by an advisor to the president of Djibouti as having ‘no money and no vision for Africa’s future’.

The Chinese model, in contrast, has enabled China to possess such a vision, as well as providing the economic strength to support it. In addition, the Chinese model has implications beyond Africa, since it challenges many of the dominant paradigms of the liberal international order. This aspect reflects the true nature of the challenge from China, and it requires a vision that has greater appeal to the developing world in response.

Dr Tom Harper is a doctoral researcher at the University of Surrey, United Kingdom, specialising in China’s relations with the developing world.