Homonationalism, pinkwashing and the question of (queer) Kashmir 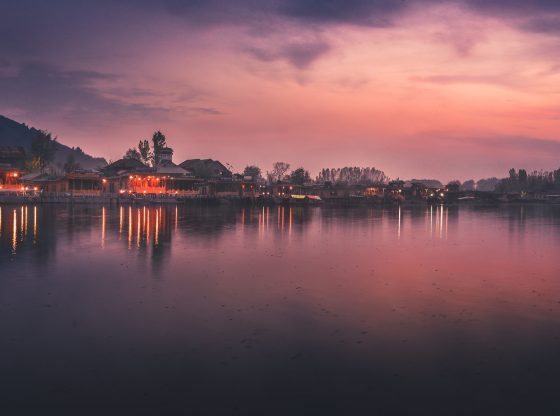 Following the abrogation of Article 370 of the Constitution of India, which aided the revocation of Jammu and Kashmir’s (J&K) special status, many in mainland India are now supporting the Indian government’s unilateral move on the grounds that the decriminalisation of queer sexuality in J&K can no longer be subject to any debate.

When in 2018 the Supreme Court of India read down Section 377 of the Indian Penal Code (which made sexual activities ‘against the order of nature’ illegal), many expressed uncertainty around whether the verdict would also extend to J&K, which operated under the Ranbir Penal Code at the time. Soon after, jurists and lawyers released a statement which asserted that the judgement was indeed applicable to all of India, including J&K.

Since then, however, what had been confirmed by the legal wisdom of the lawyers and jurists has been made to seem indeterminate, and is being used to make a case in support of the arbitrary abrogation of Article 370. Many queer voices in Kashmir, as well as their allies across India–many of whom are pro-right–are now saying that queer Kashmiris would, at last, have freedom, just like queer and trans people do in post-377 India.

Arguments in favour of the abrogation of Article 370 serve to remind us of many contemporary events in world politics which have favoured queer policies when politically convenient to do so but ruled against them when not.

Lisa Duggan coined the term ‘homonormativity’ to represent the normalisation of a kind of gay culture that was steeped in consumption and domesticity which  depoliticised itself by virtue of its affinity with neoliberalism. This gay culture imitated heteronormative assumptions and upheld its institutions, never organising for substantive equality but deferring to deeply entrenched social hierarchies.

Jasbir Puar borrows Duggan’s concept of homonormativity to argue how the bio/necropolitical, imperial and nationalist projects of the United States post-9/11 gain from normativising liberal queer subjects through the articulation of a model homosexual minority, enlisting their support through politically acquiescent ‘homonationalism’. Queer subjects who defer to assimilation are deemed worthy of protection by the state through their pliant queer subjectivity – and complicity – which aids and reinforces nationalist projects. The concept of homonationalism now finds itself being applied in various contexts far beyond the US.

In 2005, Israel attempted to improve its global image through a campaign called ‘Brand Israel’, and soon declared itself to be the only ‘gay-friendly’ state in Western Asia. However, the Jewish-Israeli lesbian, gay, bisexual and transgender (LGBT) population can only hope to obtain security guarantees from the state as long as it provides full support to state politics and policies. Moran M. Mandelbaum contends that to be openly gay and a Zionist not only allows a celebratory gay culture–divested of the power to subvert–but also involves collective pleasurable practices of a nation- and settlement-building.

This kind of homonationalism refuses to hold accountable rampant queerphobia within its own society and among several of its conservative political elite. Many states which laud Israel for its position on homosexuality wilfully choose to ignore its occupation of Palestine. Israel’s purported liberal position on homosexuality and the violence that is ignored at its altar has been given the term ‘pinkwashing’ in queer activist circles.

That queer Palestinians struggle not only against queerphobia but also against Israel’s ‘colonisation, occupation and apartheid’ has been glossed over by homonationalism and its attendant pinkwashing strategies – the very same strategies which are now being employed to justify the revocation of Jammu and Kashmir’s autonomy.

Thus queer inclusion has to be interrogated critically for its exclusive inclusionary practices and pronouncements, which is particularly urgent in India’s present political context. A Facebook page called the Queer Hindu Alliance (QHA) has declared its support for the abrogation of Article 370 through a statement by one of its members, upholding the statist view that Kashmir’s newly gained Union Territory status would boost employment opportunities for Kashmiris, and would also lead to a concomitant increase in investment in the region, eventually leading Kashmir to the path of peace and security which has eluded it long.

This same group also released an image of the Indian map in the figure of a Hindu Yogi, in which J&K is covered with a saffron turban and hence virtually made invisible. This cartographical representation of India provides an intimate visual depiction of the Hindu nationalist imaginary, whereby J&K is ‘saffronised’ and effectively kept out of view.

Apart from QHA, several other queer individuals and their allies have also come out in support of Article 370 on social media, reasoning that the ruling party’s move would have a positive impact for queer Kashmiris since the 2018 decision of the Supreme Court would now extend to the Kashmir Valley.

The right-leaning Hindu American Foundation also released a statement which endorses this narrative, commenting: ‘Until the abrogation of Articles 370 and 35A, these laws didn’t apply to Kashmiri gay and lesbian individuals’. However, such a contention can be summarily dismissed–as indeed was demonstrated by knowledgeable Indian legal jurists and lawyers soon after the original decision on Section 377was reached. All of this goes to show that questions of homonationalism and pinkwashing in India are deeply embedded in the culture of disinformation.

Queer Kashmiris inhabit the marginalised identities of both queer and Kashmiri, and the dominant image of India in the Valley is that of an occupier and aggressor. With Kashmir experiencing a clampdown which began just before India’s announcement on 5 August 2019 and shows no sign of ending anytime soon, the pinkwashing of India’s excesses in Kashmir by privileged, primarily middle-class upper-caste Indians, has now been laid bare. Non-resident Indian (NRI) Hindus are speaking out unceasingly on behalf of queer Kashmiris – and they have the privilege to do so, primarily because queer Kashmiris cannot be heard due to the militarised information blackout that is keeping the Valley in the grip of the Indian state.

‘In the present period Hindu nationalist leaders are newly developing selective models for rank and file Hindu nationalist queer national-normative subjects and relationalities that are deemed to varying degrees assimilate-able into the Hindu nation (albeit assigned different statuses therein)’.

What this means is that by being granted inclusion, queer subjects are expected to take part in the Hindu nationalist project, whose ultimate aim is to make India a Hindu nation. In turn, the homonationalism of queers in India would allow the state to appear modern and inclusive through its tokenistic gestures towards minorities, despite its violent indulgences. Hence, the loud and seemingly positive support for the abrogation of Section 377 has far less to do with queer Kashmiris and much more to do with geopolitics and Hindu nationalism.

As for the narrative of freedom and liberation: queer and trans people and their communities in India continue to face marginalisation in various legal and socio-political ways, especially those who have non-privileged caste, class or religion or other disempowering socio-political identities. Hence, to craft a narrative in favour of India’s abrogation of Article 370 by citing queer liberation is nothing more than an attempt to obscure the marginalisation of Dalits, Muslims, Adivasis, sex workers and disabled individuals who are unaccounted for in the mainstream Indian imaginary.

India in 2019 is no queer safe haven but far from it. Silenced queer Kashmiris will speak for themselves and do not need Orientalist gestures of saving from India when India’s queer and trans people who embody multiple forms of marginalisation are struggling to survive and are being denied their due rights and security guarantees by the state.

Sohini Chatterjee holds a Masters in International Relations and is currently working as an independent researcher in matters related to gender, sexuality and politics. She tweets @Shohineee